U.S. Secretary of Defense Lloyd Austin and new Japanese Defense Minister Yasukazu Hamada on Monday affirmed bilateral cooperation to respond to "any situation in the region," while criticizing China's firing of ballistic missiles that fell in waters near Japan during recent military exercises around Taiwan.

The United States and Japan also said that the two countries and South Korea recently engaged in a ballistic missile tracking exercise off the coast of Hawaii, underscoring their trilateral cooperation to tackle the North Korean nuclear threat. 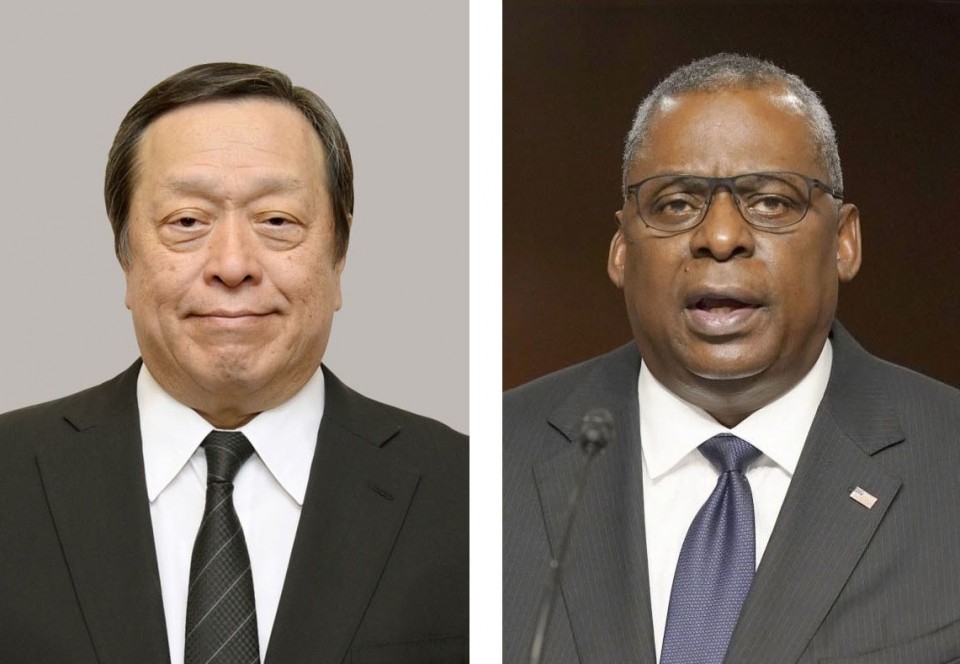 The drill was conducted during a multinational exercise that was joined by Australia and Canada. It is the first publicly announced ballistic missile-related joint drills involving the United States and its two Asian allies since December 2017.

The phone call between the two defense chiefs took place after Hamada replaced Nobuo Kishi, who had held Japan's defense portfolio for about two years, in a Cabinet reshuffle last week. Hamada was previously defense minister between 2008 and 2009.

It also came with tension growing in the region following U.S. House of Representatives Speaker Nancy Pelosi's visit to Taiwan, which infuriated Beijing. China views the self-ruled island as its own and reacted by increasing military activities in the area.

Hamada told reporters after the call, "We would like to beef up the capabilities of the Japan-U.S. alliance to deter and respond, and to maintain and promote a free and open Indo-Pacific."

According to the Japanese Defense Ministry, Hamada and Austin "strongly condemned" China's ballistic missile launches on Aug. 4 during the large-scale drills near Taiwan. Some of the missiles fell in Japan's exclusive economic zone.

The two confirmed that Japan and the United States "would cooperate closely and seamlessly" including at the ministerial level in order to respond to "any situation within the region," the ministry said in a news release.

Austin congratulated Hamada on his appointment and the two confirmed "cooperation on an array of concrete and innovative defense initiatives aimed at ensuring a free and open Indo-Pacific," the Pentagon said in a separate press release.

Japan is seeking to bolster the capabilities of its defense forces through increased spending in a rapidly changing security environment. A review of national security strategy and key defense policy documents is planned this year.

Hamada and Austin also confirmed the importance of defense cooperation between Japan, the United States and South Korea, the Japanese ministry said, apparently with a series of ballistic missile tests carried out by Pyongyang and lingering concerns over a possible nuclear test in mind.

The North Korean threat has raised the need for closer cooperation between the three nations, even as relations between Tokyo and Seoul remain frosty due largely to wartime compensation issues.

Based on an agreement reached by the defense chiefs of the three countries in June, the Japanese Maritime Self-Defense Force, U.S. Navy and South Korean Navy joined a missile warning and ballistic missile search and tracking exercise during a weeklong multinational drill from Aug. 8.

The participants shared information such as the altitude and speed of a target missile and simulated ways to intercept it.

Trilateral drills to deal with the North Korean ballistic missile threat had not been held for several years amid frayed ties between Japan and South Korea.

Earlier Monday, Austin said he tested positive for the novel coronavirus for the second time this year. He said his symptoms were mild and he would maintain his normal work schedule virtually.