Shohei Ohtani struck out eight over six strong innings but did not factor in the result for the Los Angeles Angels, who collapsed late in a 6-2 loss against the Seattle Mariners on Monday.

Seattle scored four runs in the ninth at Angel Stadium, going ahead 3-2 on a fielder's choice after the Halos botched an attempt to run down Sam Haggerty between third and home.

Ohtani surrendered a home run to Jesse Winker in the first before Luis Rengifo tied it 1-1 in the bottom of the inning, with his homer bouncing on top of the wall off center fielder Julio Rodriguez's glove following an outfield collision. 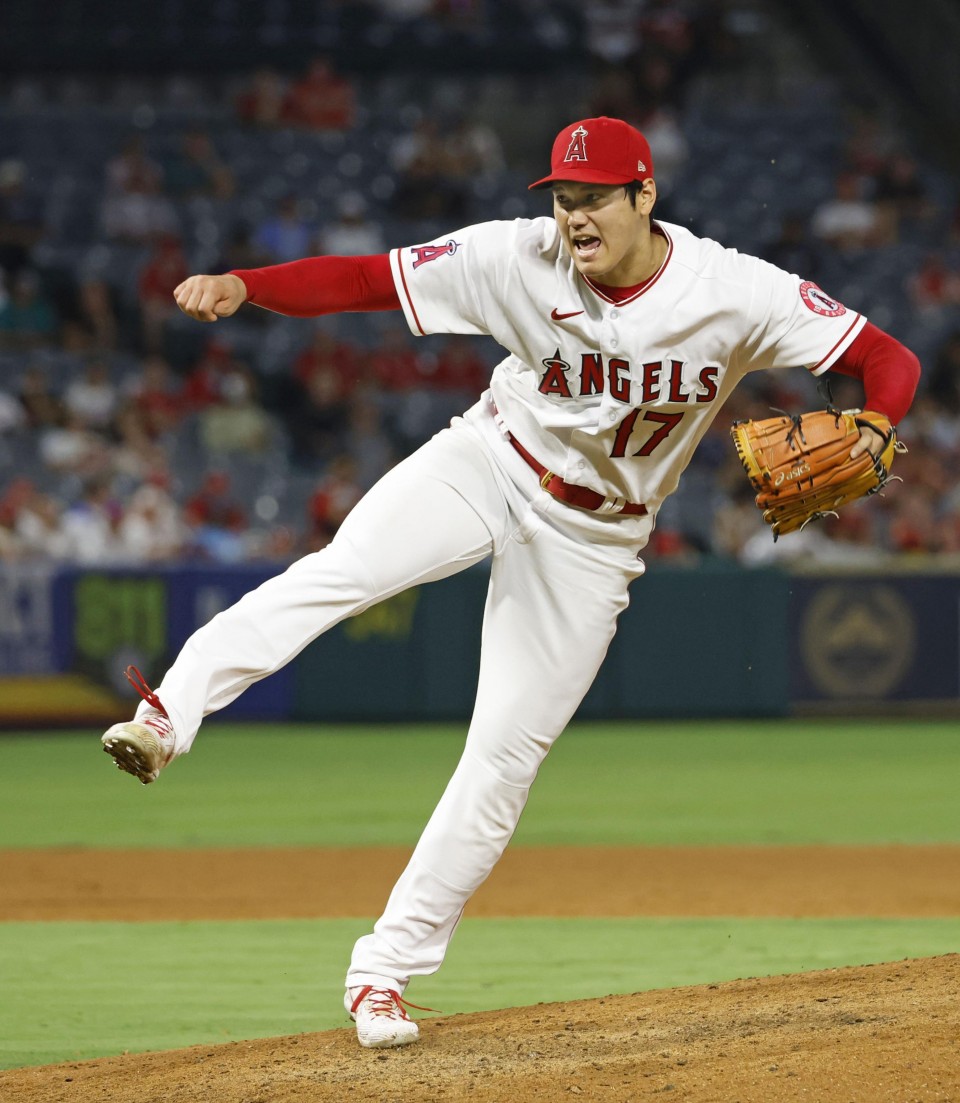 Shohei Ohtani of the Los Angeles Angels pitches against the Seattle Mariners in a baseball game at Angel Stadium in Anaheim, California, on Aug. 15, 2022. (Kyodo) ==Kyodo

The reigning American League MVP gave up another run on J.P. Crawford's single in the third but tightened up his pitching as the game progressed. He threw back-to-back 1-2-3 innings in the fifth and sixth before exiting with the score tied 2-2.

Ohtani allowed seven total hits and one walk as he fell short of his 11th win while going 1-for-4 as the designated hitter.

Seattle starter Luis Castillo struck out nine and gave up two runs on six hits and a walk.

At Rogers Centre in Toronto, Yusei Kikuchi was knocked out early in the Blue Jays' 7-3 loss to the Baltimore Orioles.

The left-hander lasted just 3-1/3 innings in which he allowed six runs, three earned, including two on Ryan Mountcastle's third-inning homer.

Kikuchi (4-7) gave up four total hits, while striking out three and walking three.