The terms of the deal with the Nets, Watanabe's third NBA team, have not been revealed.

The 27-year-old forward made his NBA debut with the Memphis Grizzlies in 2018, becoming just the second Japanese-born player to play in the league. 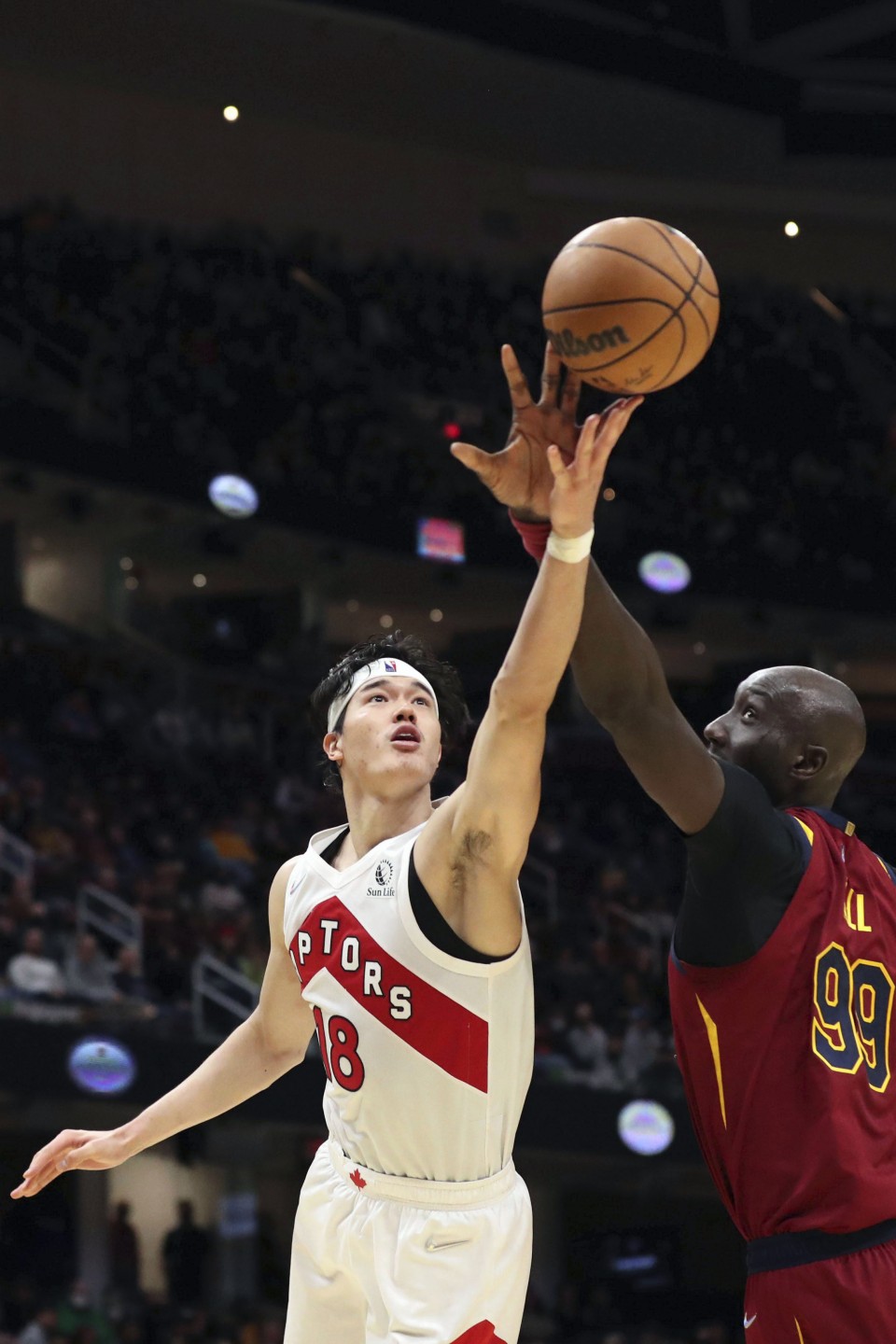 Yuta Watanabe of the Toronto Raptors shoots the ball during the game against the Cleveland Cavaliers on Dec. 26, 2021, in Cleveland, Ohio. (NBAE/Getty/Kyodo)

Watanabe has played in 121 NBA games, including eight starts, across four seasons with the Memphis Grizzlies and Toronto Raptors. He appeared in 38 games with Toronto last season, averaging 4.3 points and 2.4 rebounds in 11.7 minutes per game.

Watanabe went undrafted in the 2018 draft before playing for the Nets in the NBA Summer League that year.

He started for Japan in all three games at last summer's Tokyo Olympics, leading the team with 8.0 rebounds per game and averaging 17.7 points, the second-most behind Washington Wizards forward Rui Hachimura.

With Kevin Durant set to remain in Brooklyn after reportedly retracting a trade request, the Nets squad featuring the superstar forward alongside point guard Kyrie Irving is once again expected to be among the league's top championship contenders.