The former chairman of clothing retailer Aoki Holdings Inc., who has been arrested in a bribery case related to a sponsorship deal for last year's Tokyo Olympics, began making multiple demands to a Summer Games' organizing committee executive from around January 2017, people familiar with the matter said Saturday.

The former chairman, Hironori Aoki, and then organizing committee executive Haruyuki Takahashi agreed in January 2017 that the business suit company would pay 750 million yen ($5 million) to be selected as a sponsor for the global sporting event originally planned for 2020, the sources said. 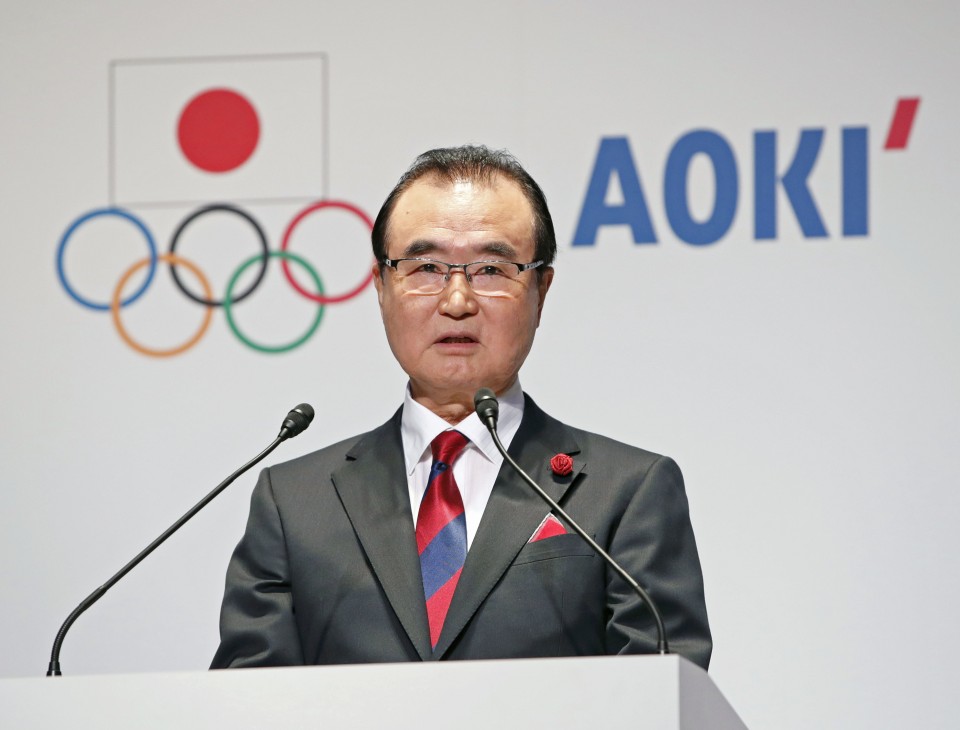 File photo shows Hironori Aoki, then chairman of Aoki Holdings Inc., speaking at a press conference at a Tokyo hotel in January 2020 to unveil the official uniforms of the Japanese delegations for the Tokyo Olympics and Paralympics. (Kyodo)

Takahashi, 78, and 83-year-old Aoki were arrested along with two others Wednesday in connection with a separate multimillion yen alleged bribery deal made in September 2017.

Takahashi had denied to prosecutors prior to his arrest having received requests from the company in connection with the Olympics and Paralympics, according to the sources.

An investigative team at the Tokyo District Public Prosecutors Office is now analyzing recordings that the company made of some of its officials' conversations with Takahashi.

Of the 250 million yen agreed by the two sides, the company transferred about 230 million yen to Takahashi's consulting firm in two parts between 2017 and 2018 through an affiliate of Dentsu Inc., which served as an exclusive agent for Olympic sponsorship, according to the sources. Takahashi was previously a senior managing director of Japan's largest advertising company.

Part of the 230 million was given under Aoki Holdings's name to two athletic associations that belong to the Japan Olympics Committee, leaving around 150 million yen for Takahashi's consulting firm, they said.

In September 2017, Takahashi's consulting firm signed a deal under which the Aoki side would pay 1 million yen per month, with the funds flowing to his firm starting the following month and totaling 51 million yen by last March. Takahashi was arrested in connection with the funds.

Aoki Holdings also allegedly gave Takahashi a list of eight requests, including in relation to officially licensed products in around September 2018.

The company was declared an official sponsor of the Tokyo Games in October that year.

Prosecutors believe the company continued to make requests to Takahashi until June 2021. The Olympics, which had been pushed back a year due to the coronavirus pandemic, started the following month.

The former organizing committee executive has denied any wrongdoing, telling investigators that although he received money it was not bribery, according to a person familiar with the matter.

Members of the now-defunct Olympic organizing committee, defined as "quasi-public servants," were banned by law from receiving money or goods relating to their positions. Takahashi became a committee executive in 2014.