Seiya Suzuki went 1-for-3 with an RBI double as the Chicago Cubs downed the Cincinnati Reds 4-2 on Thursday in a game played at the Field of Dreams ballpark, built near the location of the famous 1989 movie of the same name.

Batting cleanup, Suzuki shone on the memorable occasion as he plated Patrick Wisdom from first with a line drive to left-center field with two outs in the first inning off Nick Lodolo (3-4). 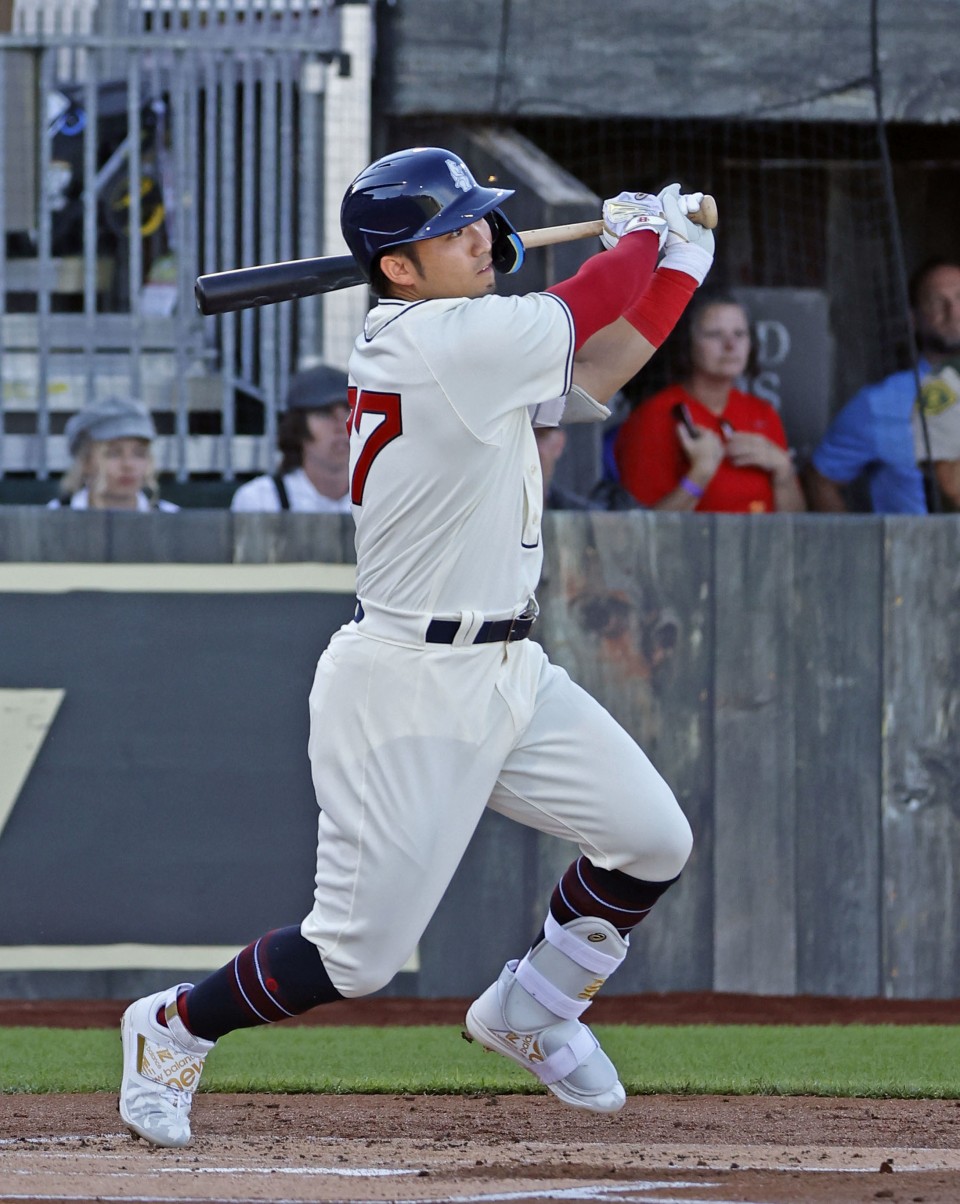 Seiya Suzuki of the Chicago Cubs hits a double in the first inning of a baseball game against the Cincinnati Reds at Field of Dreams in Dyersville, Iowa, on Aug. 11, 2022. The 1989 movie Field of Dreams was filmed at a farm in the Iowa city. (Kyodo) ==Kyodo

Suzuki sprinted to score on a Nico Hoerner single and an Ian Happ double drove in another run for the Cubs in the opening frame. Nick Madrigal's RBI single in the fourth gave them a 4-0 lead.

Replicating a scene from the film, both teams entered the ground set in cornfields in Dyersville wearing respective uniforms from the 1910s and 20s before a sold-out crowd of 7,823. 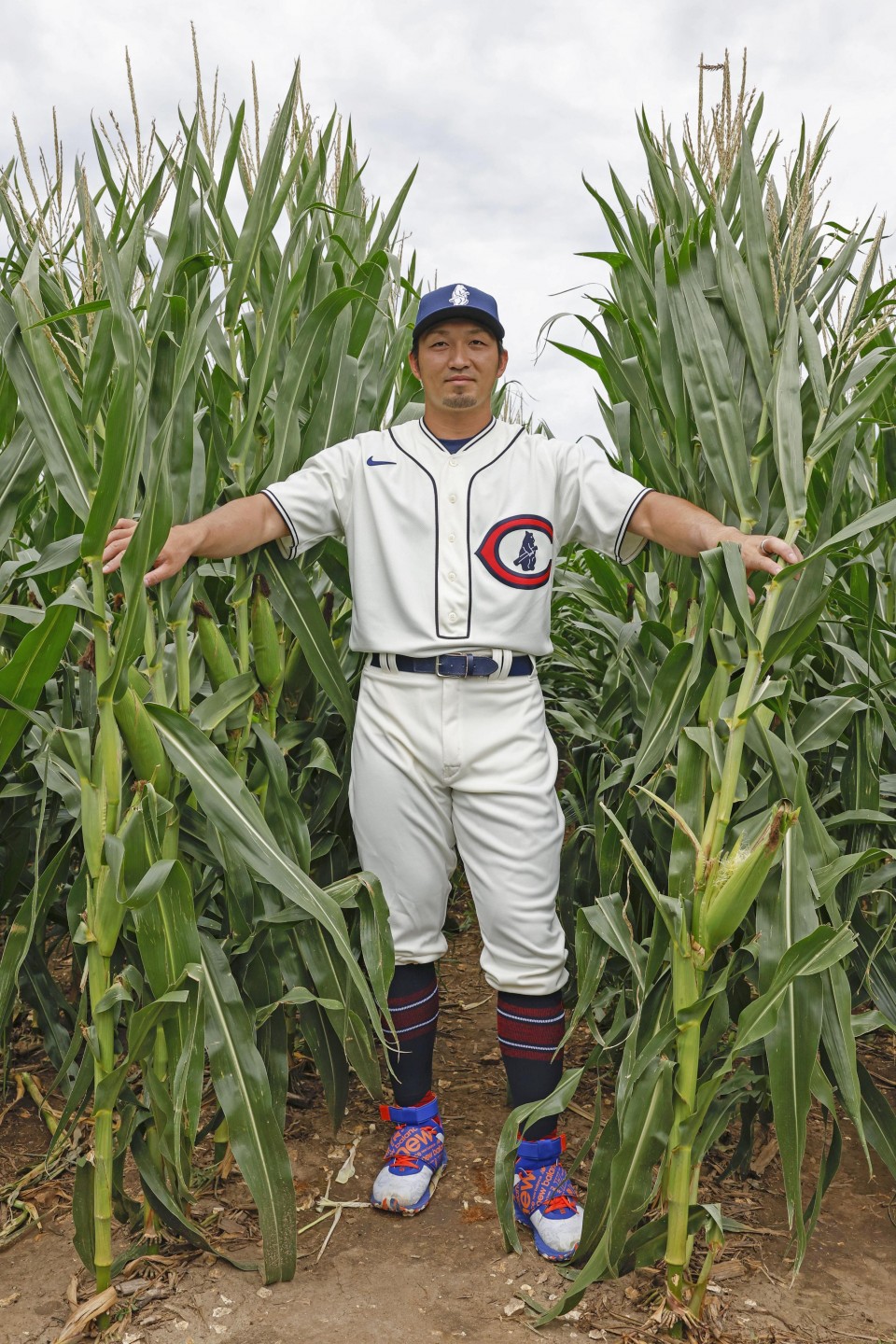 Seiya Suzuki of the Chicago Cubs poses for a photo in a cornfield in Dyersville, Iowa, prior to an MLB game against the Cincinnati Reds at the Field of Dreams stadium on Aug. 11, 2022. (Kyodo)

"I got goosebumps. It really made my desire to win stronger," Suzuki said of the venue where a game was hosted for the second time after the introduction of the occasion last year.

"I was moved and could play baseball feeling the joy. It was a really good atmosphere and felt as if it blew away my fatigue."

Drew Smyly (5-6) earned the win hurling five shutout innings, with Matt Reynolds' two-run double in the seventh not enough for the Reds. Suzuki drew two walks from his five trips to the plate. 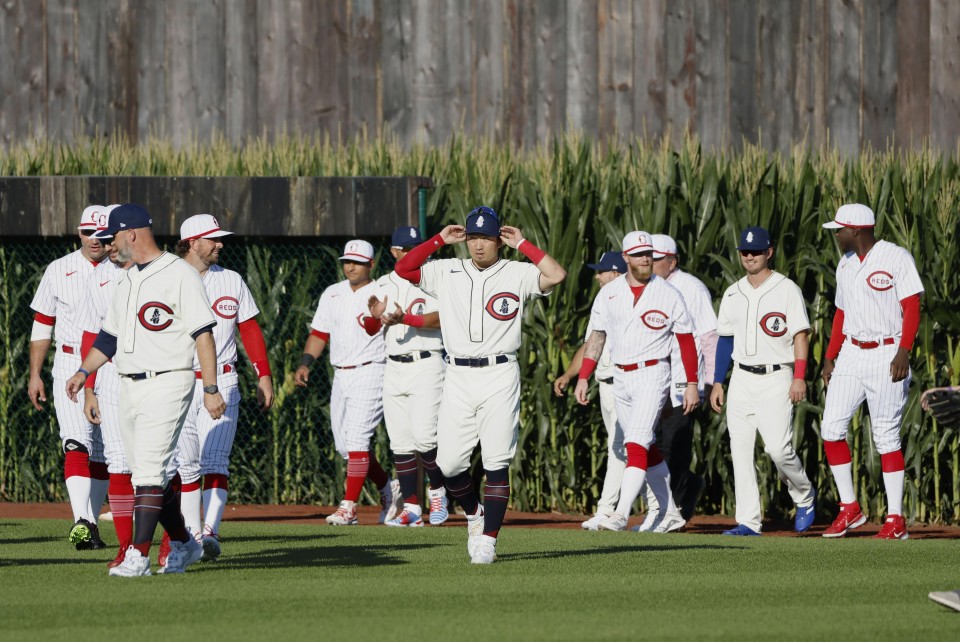 Players show up before a baseball game at Field of Dreams in Dyersville, Iowa, between the Chicago Cubs and the Cincinnati Reds on Aug. 11, 2022. (Kyodo) ==Kyodo 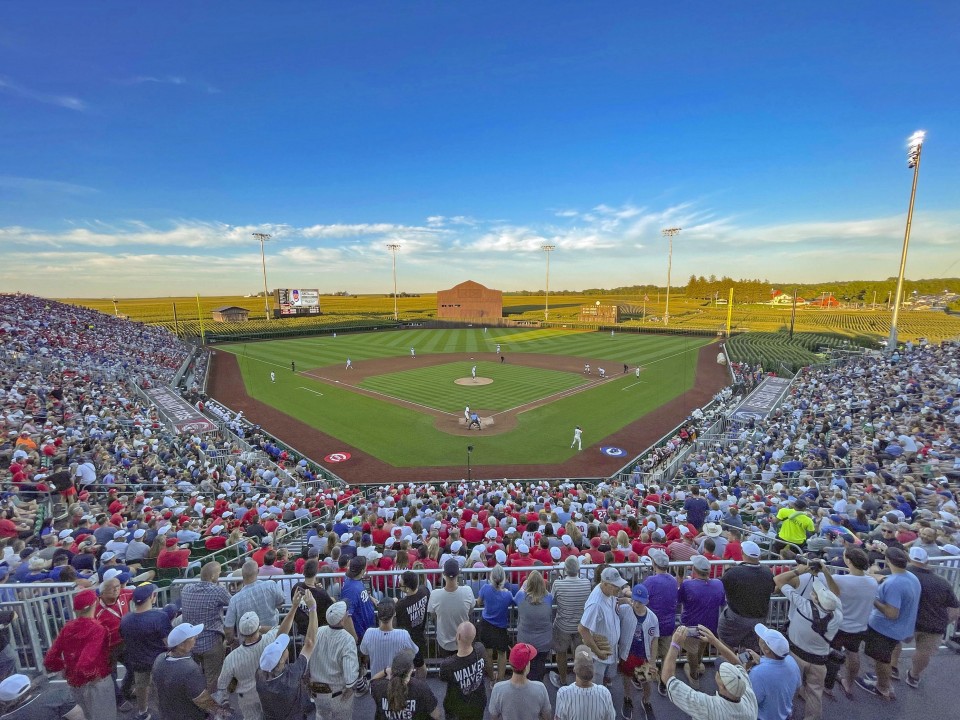 A Major League Baseball game is played between the Chicago Cubs and the Cincinnati Reds at Field of Dreams in Dyersville, Iowa, on Aug. 11, 2022. (Kyodo)