Overnight leader Hinako Shibuno of Japan finished Friday's second round of the Women's British Open four shots off the pace after carding a 2-over 73, while compatriot Miyuu Yamashita fired 68 to climb within three strokes of the lead at Muirfield.

South Korea's Chun In Gee took the outright lead at 8-under following a round of 66, while Sweden's Magdalene Sagstrom and South Africa's Ashleigh Buhai sat one stroke back tied for second. 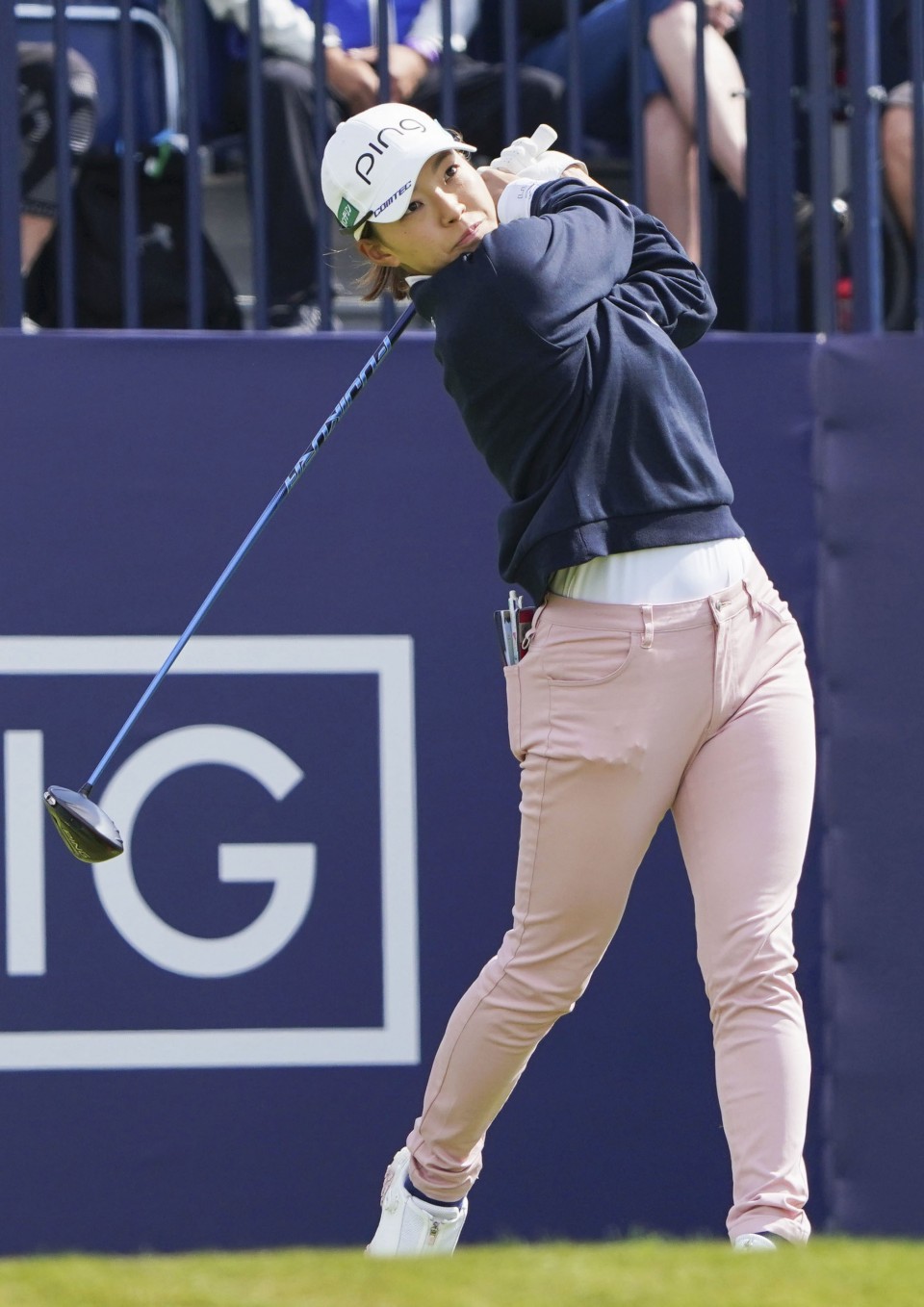 Hinako Shibuno of Japan hits off the first tee during the second round of the Women's British Open golf championship at Muirfield in Gullane, Scotland, on Aug. 5, 2022. (Kyodo) ==Kyodo

Park In Bee of South Korea was fourth at 6-under, one shot ahead of Yamashita and Australia's Hannah Green, with Shibuno and three others a further stroke back in a tie for seventh.

Shibuno is aiming to win the major for a second time, following her stunning victory as a rookie at England's Woburn Golf Club in 2019.

The 23-year-old remained positive despite offsetting a solitary birdie with three bogeys in windy conditions, a day after setting the pace with her outstanding opening round.

"I enjoyed it until the end, while thinking about how golf can change from day to day," said Shibuno, who was happy to make the cut after missing out at the recent Scottish Open.

"With this wind, there's a chance I could've shot 80 and fallen out. For the time being, I'm just really happy to be able to play for the four days."

Starting the day tied for 10th, Yamashita climbed five places after carding an eagle on the par-5 fifth to go with three birdies and two bogeys.

"I never thought I'd be so high on the leaderboard," said Yamashita, who is playing in her first major.

The 21-year-old was still in high school when Shibuno won the 2019 tournament and said she was inspired by the victory.

"I was watching and thinking, it's amazing," Yamashita said. "It made me want to play in a major."

Among the other Japanese players, Nasa Hataoka and Kotone Hori were in a nine-way tie for 17th at 2-under after carding 69 and 68, respectively.

Scottish Open champion Ayaka Furue missed the cut, finishing 4-over after rounds of 75 and 71.

"I was happy with my play on the second day," said Furue, who won her maiden LPGA title at Dundonald Links following a course-record final round last Sunday.

"I want to bounce back and do my best to contend for top spot again." 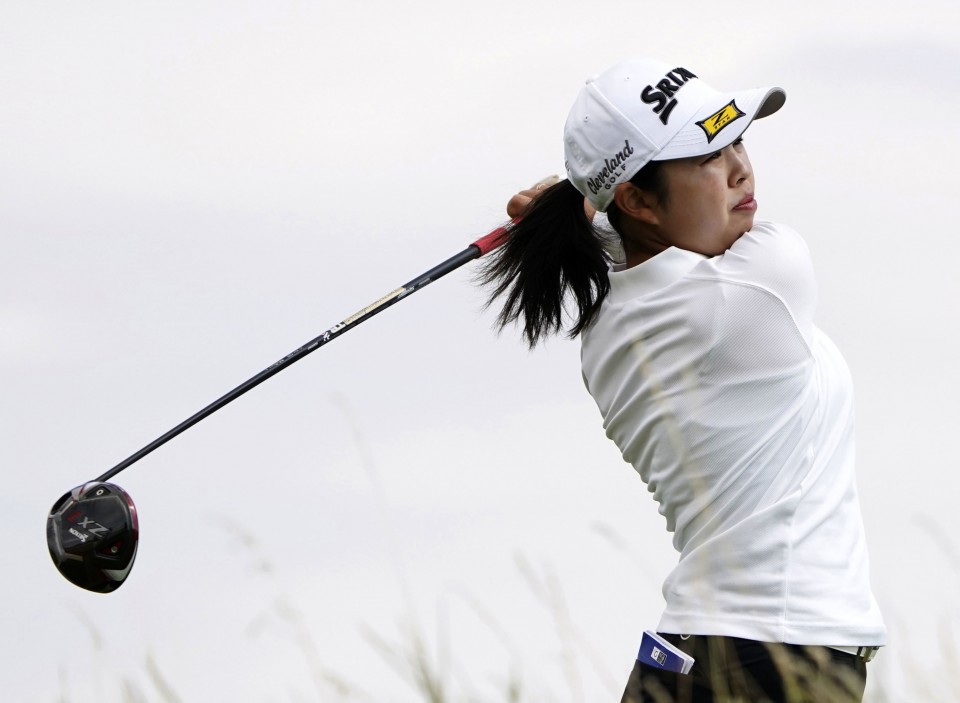 Miyuu Yamashita of Japan plays during the second round of the Women's British Open golf championship at Muirfield in Gullane, Scotland, on Aug. 5, 2022. (Kyodo)