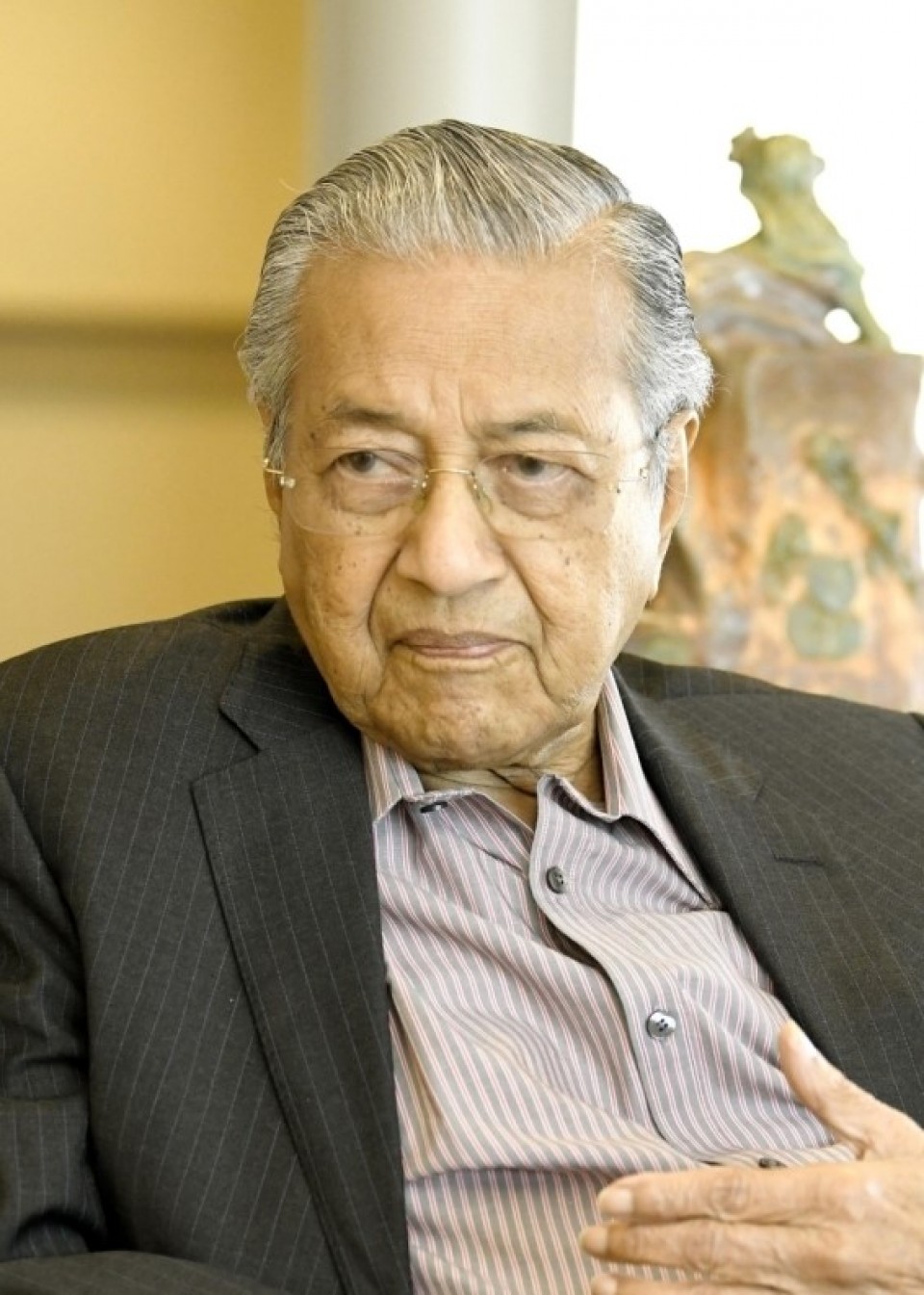 The possibility of jailed former Malaysian Prime Minister Najib Abdul Razak making a political comeback will lie with a potential royal pardon and the outcome of the next general election, ex-premier Mahathir Mohamad said on Wednesday.

The Federal Court, the country's highest court, sent Najib to prison on Tuesday after dismissing his appeal against a 12-year sentence and a 210-million-ringgit ($47 million) fine by the Kuala Lumpur High Court, which in July 2020 found him guilty of breach of trust, abuse of power and money laundering over billions of dollars siphoned off from the state fund 1MDB.

"For me, it is not something that I am happy about because I was the one who actually pushed him up until he became prime minister," Mahathir told Kyodo News in an interview at his office in Putrajaya.

Mahathir, 97, was the country's longest-serving prime minister, having held office for 22 years until he stepped down in 2003. He had said he wanted Najib, 69, the son of the country's second prime minister, Abdul Razak Hussein, to succeed him. Najib's father was instrumental in advancing Mahathir's political career until becoming the fourth premier in 1981.

Najib became the prime minister in 2009, fully endorsed by Mahathir until he was embroiled in the 1MDB scandal in 2015. Mahathir joined hands with the opposition to unseat him in the 2018 general election, again serving as the prime minister through February 2020.

Mahathir said he was "glad" the current government, headed by Prime Minister Ismail Sabri Yaakob from Najib's party, the United Malays National Organization, did not interfere with the judicial proceedings.

With him behind bars now, Najib's political career appears dim, but Mahathir believes he would attempt to stage a comeback.

"He will try to once again be the prime minister" even though chances are slim, Mahathir said.

If Najib's UMNO wins in the upcoming election to be held by 2023, the party and the government "are going to appeal for pardon. That is definite," he added.

Many have compared Najib's fate to that of opposition leader Anwar Ibrahim. Anwar had spent three years in jail on sodomy charges before he was given a royal pardon in 2018 and later won a seat in parliament again.

Anwar's political rebirth was due to his opposition alliance's historic victory over the UMNO-led coalition in the May 2018 general election.

There is speculation that the next general election will be called within this year as UMNO, bolstered by its recent wins in two state polls, is confident of controlling parliament again.

Asked whether he would run for political office, Mahathir said he would decide on that when the time comes.

"My party wants me to. I can still function," he said.