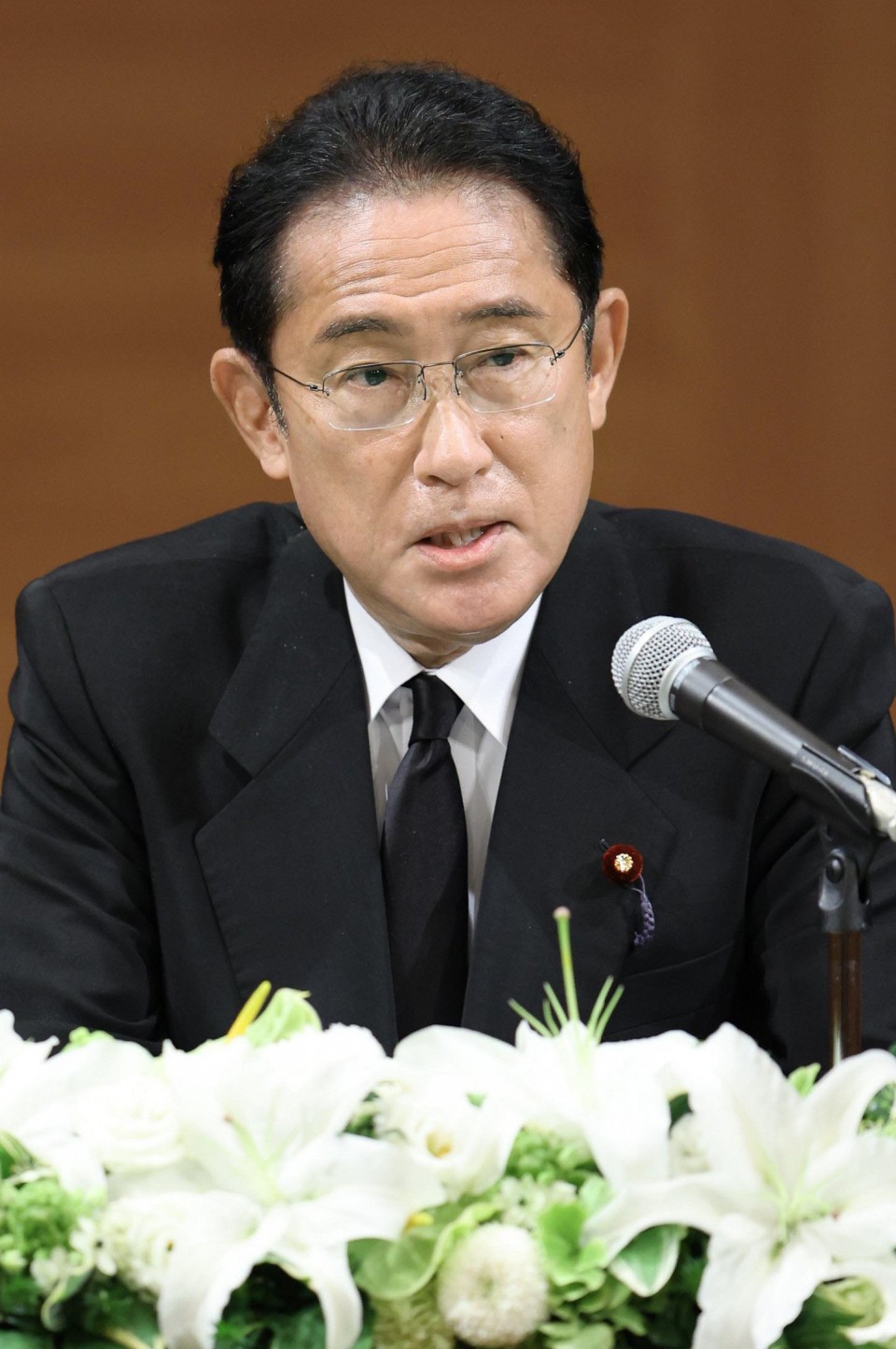 Prime Minister Fumio Kishida said Saturday he will make prospective Cabinet ministers review and clarify links to a religious group under the spotlight since the killing of a former Japanese premier, when he reshuffles his Cabinet in an attempt to boost public confidence.

Kishida confirmed publicly for the first time that a reshuffle will take place next week. Natsuo Yamaguchi, who heads Komeito, the junior coalition partner of the ruling Liberal Democratic Party, revealed that the prime minister had told him the revamp would take place on Wednesday.

Speaking in a press conference in the western Japanese city of Hiroshima, Kishida said he wants to make a fresh start with new Cabinet members to tackle a slew of challenges, ranging from COVID-19 and accelerating inflation to Russia's war against Ukraine and heightened tensions in the Taiwan Strait.

The revamp will be the first since the ruling coalition clinched a sweeping victory in a national election on July 10, in the immediate aftermath of the assassination of former Prime Minister Shinzo Abe.

He was fatally shot during a campaign speech by a lone gunman, who investigative sources say held a grudge against the Unification Church and believed Abe had links to the group.

"I'd been always thinking about making a new start with new members, given the challenges," Kishida said after attending a ceremony to mark the 77th anniversary of the U.S. atomic bombing of Hiroshima.

"I've decided to go ahead with the plan now, at the exact timing I had in mind," he said.

The LDP and other political parties are facing public scrutiny over their ties to the church, founded in South Korea in 1954 and now formally known as the Family Federation for World Peace and Unification.

Kishida said he himself had "no links" with it, but added that Cabinet ministers should be careful about their relations with a group that is seen "problematic in society" to dispel public doubts.

"I will instruct all Cabinet members, not only those to be appointed but those already in the ministerial posts, as well as deputy ministers to squarely check their ties with the group in question and review them appropriately," he said.

Meanwhile, Genjiro Kaneko, minister of agriculture, forestry and fisheries, and National Public Safety Commission Chairman Satoshi Ninoyu, both of whom did not run in the July 10 House of Councillors election, are set to be replaced because their terms as lawmakers have expired.

The upper house election victory has allowed for a three-year period of stability for Kishida because no national elections will be held unless he dissolves the House of Representatives, the more powerful lower chamber of parliament.

Still, Kishida has seen public support for his Cabinet falling in recent media polls amid surging COVID-19 cases and apparent discontent over a planned state funeral for Abe, the longest-serving Japanese prime minister.

After the reshuffle, work to draw up a state budget for the next fiscal year from April will begin as government ministries and agencies normally submit their budgetary requests in late August.

Another priority for the government is to bolster the country's security and decide by how much defense spending should be increased.

The state funeral for Abe is planned for Sept. 27, with the public divided over the use of taxpayers' money and whether it is appropriate for the government to organize it.

Japan will host a summit of the Group of Seven nations next May in Hiroshima, a constituency for Kishida. The G-7 -- Britain, Canada, France, Germany, Italy, Japan, and the United States plus the European Union -- will discuss the war in Ukraine, nuclear disarmament, climate change, and other global challenges at the summit, he said.

"Telling (the world) about the realities of the devastation brought on by the atomic bombings is the starting point for realizing a world free of nuclear weapons," he said.

Kishida, who is pushing for a nuclear-free world, did not say whether plans are in the works for the G-7 leaders to visit a peace memorial museum in Hiroshima.

"The G-7 must show it will take the lead in creating order for the new era based on universal values and international rules," he added.