Chinese Foreign Minister Wang Yi on Friday warned the United States not to take actions that could result in a flaring up of tensions over the Taiwan issue.

"We have come to know that the United States is planning to beef up its military deployment in this region. It is our hope and we call on all parties to stay on high vigilance against this," Wang told a small group of journalists after attending events related to the annual meetings of the Association of Southeast Asian Nations in Phnom Penh. 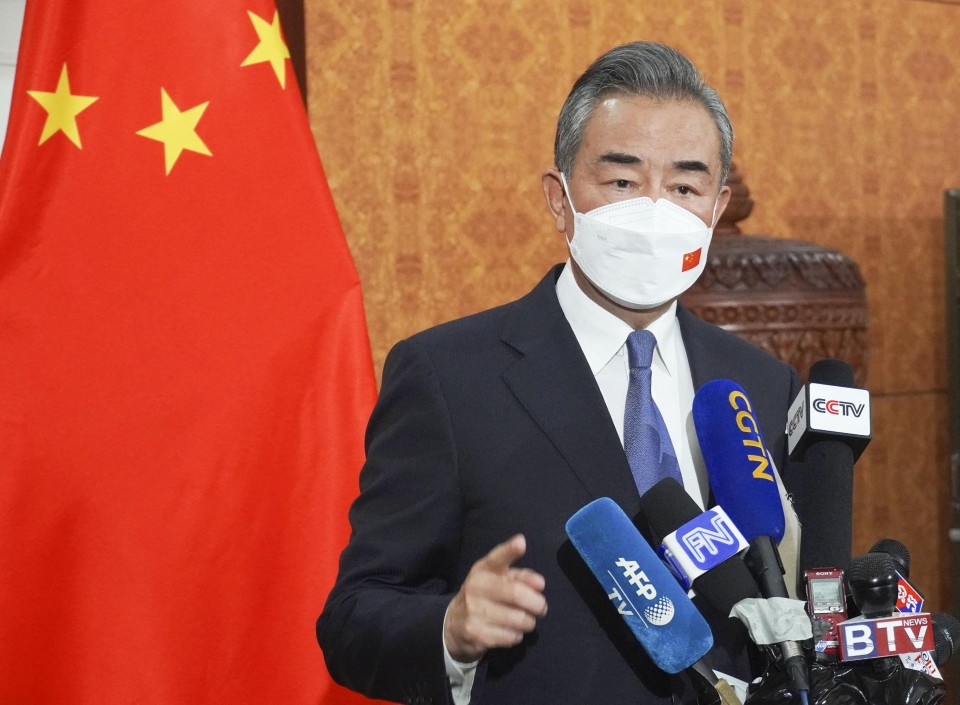 Chinese Foreign Minister Wang Yi speaks to a small and select group of reporters in Phnom Penh on Aug. 5, 2022. (Kyodo)

The military exercises that China conducted this week are a demonstration of its will to ward off any efforts toward Taiwan independence, Wang said.

Asked whether there will be any further action taken against the United States in response to House of Representatives Speaker Nancy Pelosi's visit to Taiwan, he said Beijing will make its position clear "based on the plans that we have and in accordance with the gravity of the situation."

On Friday, Wang and his Russian counterpart Sergey Lavrov left the room during a meeting with other foreign ministers related to the East Asia Summit when it was Japan's turn to speak, fueling speculation that China had boycotted the address.

Wang said he had no intention to engage in a boycott and his absence was simply because a meeting with Lavrov had been planned at that time. When the talks had been arranged "we had no idea who will be speaking at that time," Wang said, answering a question by Kyodo News.

"If that is an issue, if Japan is concerned about that, I'm afraid that the Japanese side needs to think seriously if it has done anything wrong" to China, Wang said.