Japan to increase COVID entry cap on arrivals to 50,000 from Sept. 7

Japan will raise its daily entry cap on arrivals to 50,000 from the current 20,000 from Sept. 7 in a further easing of strict COVID-19 border controls, Prime Minister Fumio Kishida said Wednesday.

With the country lagging behind other major economies in opening its doors to inbound tourism, foreign tourists will no longer need to travel on tours with a guide, Kishida said.

"We have seen international exchanges gaining traction in various parts of the world. We are raising the daily cap on new arrivals to 50,000 from Sept. 7 to join the trend and make sure the benefits of the weak yen are felt," Kishida told a press conference.

"To make the entry of people as smooth as other Group of Seven nations, we will further ease our border control measures by taking into account the infection situation at home and abroad, the needs (of travelers) and border measures taken by other nations," Kishida said. He did not elaborate when such easing may come. 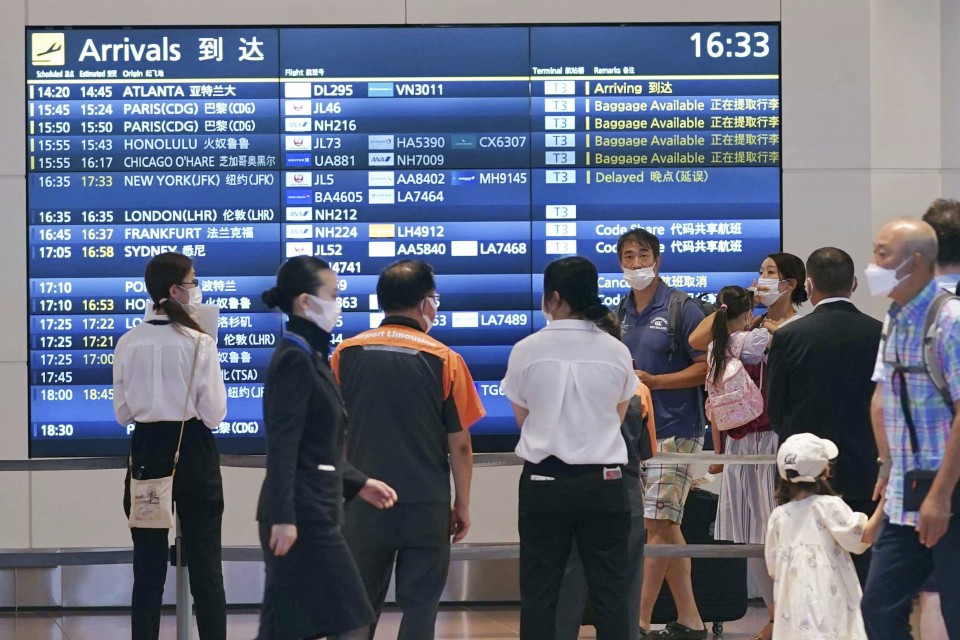 Japan effectively shut its doors to non-resident foreign nationals, drawing criticism that the move was too strict, but it has been gradually easing the steps recently as vaccinations have progressed.

The government has thus far required incoming travelers to take tests within 72 hours of departure and show proof of a negative COVID-19 test result. But from Sept. 7, those vaccinated at least three times will no longer need to show such proof and only need to show proof of their three shots.

Kishida has been working remotely at his official residence since testing positive for the coronavirus earlier this month. He returned to work at the prime minister's office on Wednesday.

During the press conference, Kishida said the government will bring forward from October the start of inoculations against the highly transmissible Omicron variant. Government sources have said shots will be distributed starting at the end of September.

Japan is still battling its seventh wave of coronavirus infections, logging 169,800 new cases on Wednesday. August saw a record high for monthly COVID-19 deaths of over 7,000, surging up from 1,300 in July, according to a Kyodo News tally of daily counts. The previous peak of virus-related deaths occurred during the sixth wave in February, with 4,900 people dying.

Despite the wave of new infections, the government has not imposed any anti-virus restrictions in a bid to keep the economy going.

According to an analysis compiled Wednesday by a panel of experts that advises the Ministry of Health, Labor and Welfare, newly confirmed cases have begun to decrease nationally although the infection level remains high. But the panel expressed concern that new cases may begin picking up pace again as students return to school after the summer break.