Shohei Ohtani struck out nine over seven dominant innings to pitch the Los Angeles Angels to a 2-0 win over the Toronto Blue Jays on Saturday.

Ohtani (11-8) allowed just two hits and a walk from his 109 pitches as he outlasted Blue Jays starter Alek Manoah in an intense pitchers' duel at Rogers Center. 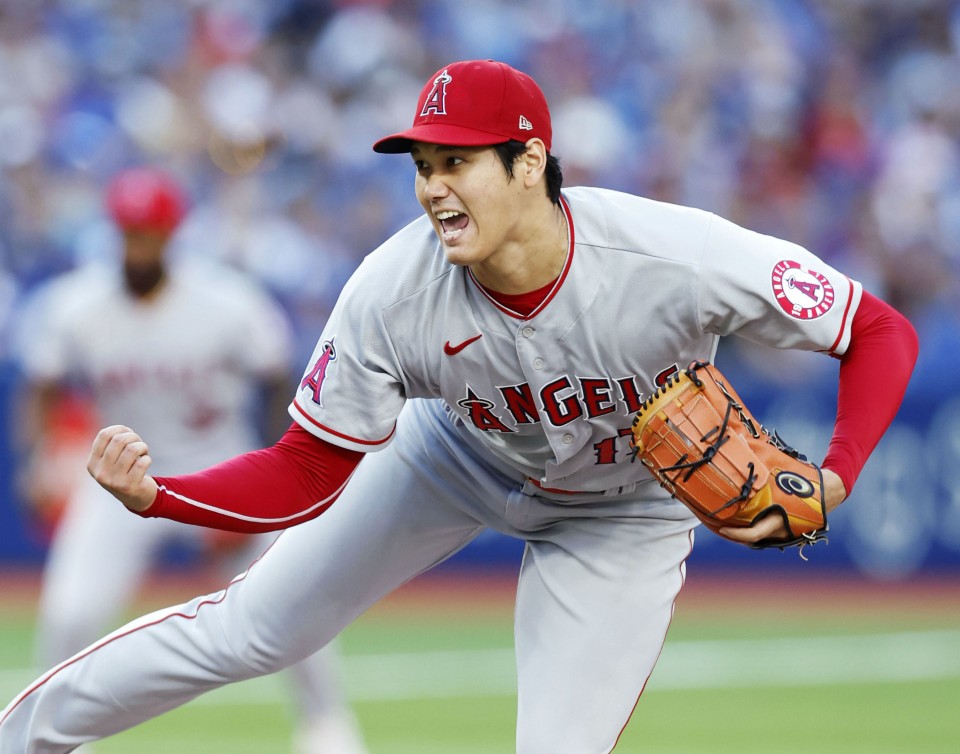 Shohei Ohtani of the Los Angeles Angels pitches in a baseball game against the Toronto Blue Jays on Aug. 27, 2022, at Rogers Centre in Toronto, Canada. (Kyodo)

Manoah (12-7) fanned eight over seven frames but gave up the go-ahead run in the sixth on Luis Rengifo's RBI single.

Bouncing back from a previous rough start, in which he threw just four innings due to a stomach virus, Ohtani teamed with right-handed reliever Jimmy Herget to shut out the Blue Jays and go up 2-0 in their three-game series. 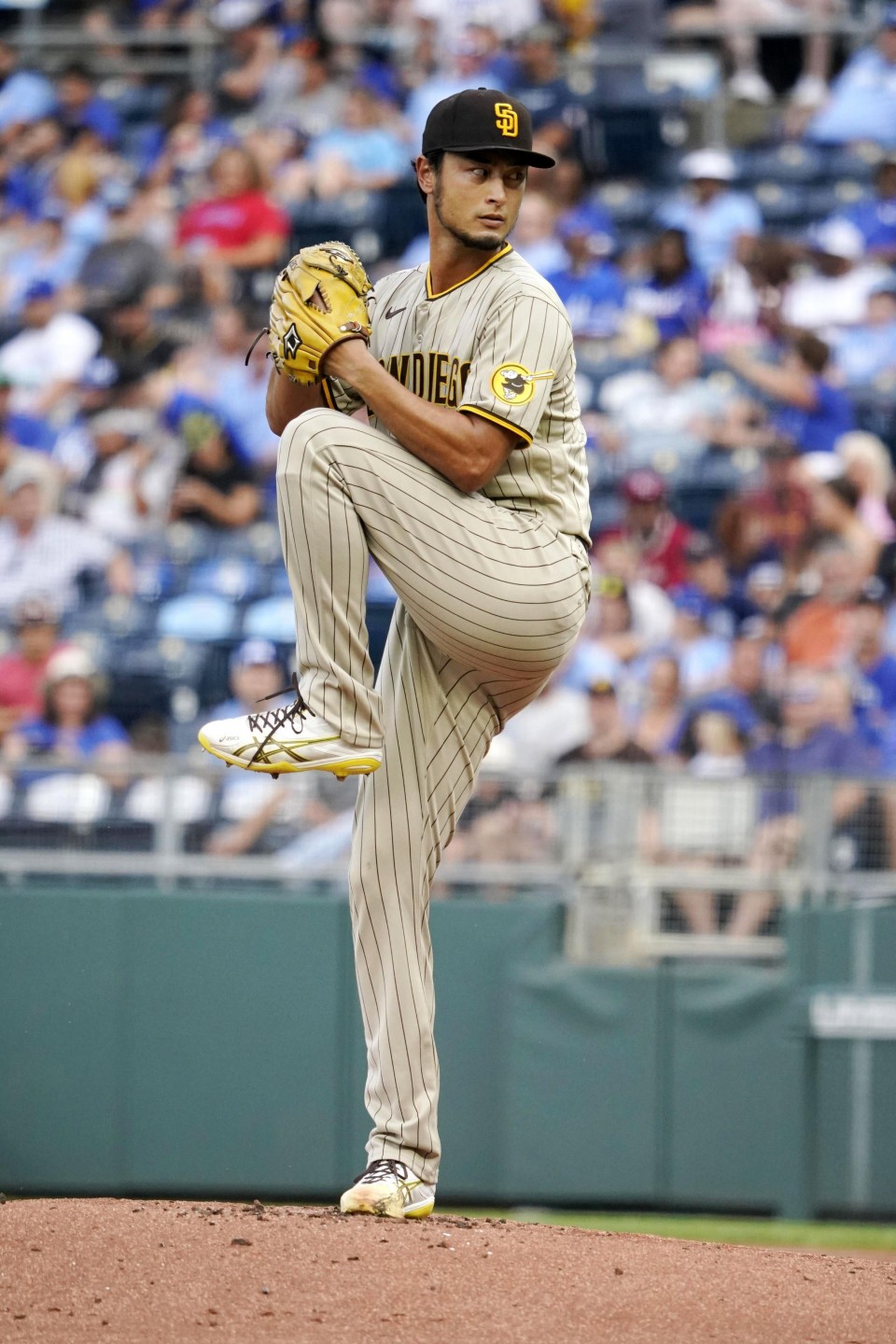 Yu Darvish of the San Diego Padres throws in the first inning against the Kansas City Royals at Kauffman Stadium on Aug. 27, 2022, in Kansas City, Missouri. (Getty/Kyodo)

The reigning American League MVP did not settle into the game immediately, throwing more than 40 pitches through the first two innings, but he made the necessary adjustments to record his sixth shutout start this season.

"I wasn't throwing very good pitches for the first three innings," Ohtani said. "I'm glad I was able to stick with it from there."

"I made good use of fastballs while my cutter and splitter were effective."

The two-way star went 0-for-2 at the plate as the designated hitter, drawing two walks and striking out once.

While the Angels have fallen short of expectations in an otherwise disappointing season, their 16 shutout wins this year is tied with the New York Mets for the most in the majors, according to MLB.com.

At Kansas City's Kauffman Stadium, Yu Darvish earned his 11th win for the San Diego Padres, who beat the Royals 4-3 on a quality seven-inning start from the veteran right-hander.

"Protecting a one-run lead to win the game meant more to me than being credited as the winning pitcher. In that sense, I'm very happy," said Darvish, who threw 65 of his 102 pitches for strikes.

"I was able to find a way to throw fewer balls midway through."

At Milwaukee's American Family Field, Seiya Suzuki doubled twice and drew a walk in a 2-for-3 outing for the Chicago Cubs in a 7-0 loss to the Brewers.