Japanese Foreign Minister Yoshimasa Hayashi on Saturday pledged to Cambodian Prime Minister Hun Sen that Japan will support efforts by the Association of Southeast Asian Nations to improve the situation in junta-controlled Myanmar.

During their meeting in Phnom Penh, Hayashi expressed "serious concern" about executions of four Myanmar people, including two pro-democracy activists, announced last week by the military government that seized power in the Southeast Asian country in a February 2021 coup, according to Japan's Foreign Ministry.

Hun Sen told Hayashi that Cambodia will work together with Japan to break the deadlock in Myanmar, while showing his gratitude for Tokyo's unwavering support, the ministry said. 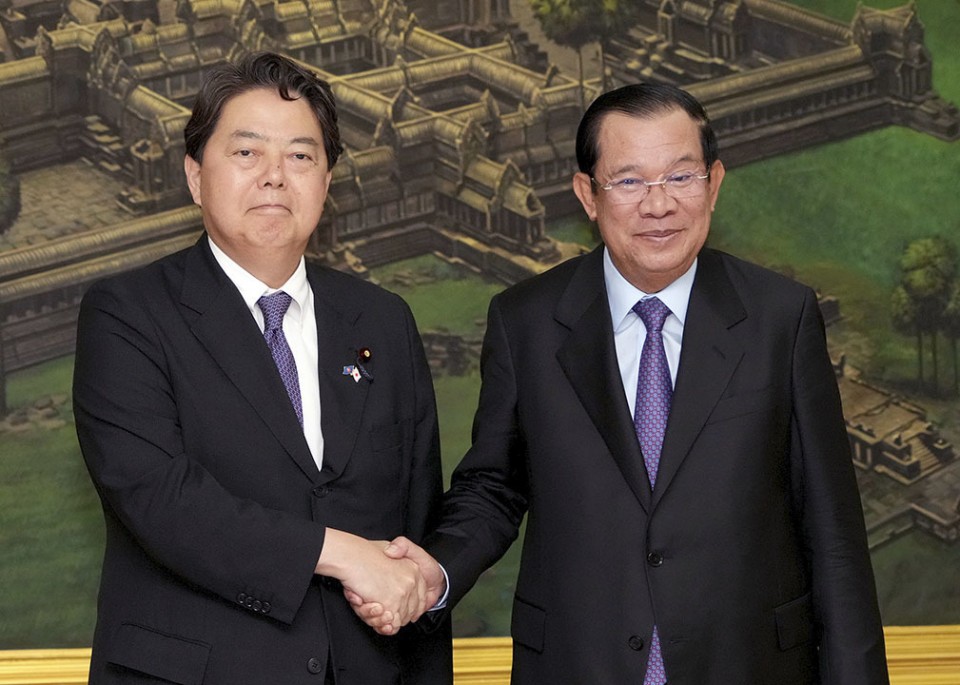 As this year's ASEAN chair, Cambodia has been engaging in active diplomacy to tackle the issue of Myanmar where the junta continues its violent suppression of people calling for democracy. Cambodian Deputy Prime Minister Prak Sokhonn visited Myanmar twice earlier this year as ASEAN's special envoy to hold talks with top military officials.

During his visits, however, Prak Sokhonn could not meet Aung San Suu Kyi, who had led the elected Myanmar government but was ousted in the coup and remains in detention.

Hayashi and Hun Sen also exchanged views on growing tensions over Taiwan, according to the ministry, but it did not elaborate.

China, which regards the self-ruled island as a renegade province to be reunified with the mainland, began military drills near Taiwan on Thursday in response to U.S. House of Representatives Speaker Nancy Pelosi's recent visit there.

The meetings were held on the sidelines of ASEAN-related foreign ministerial meetings held in the Cambodian capital from Wednesday.