The South Korean government said Tuesday that eight people had died and six were missing in Seoul and neighboring Gyeonggi Province due to heavy rain since the previous day.

Parts of Seoul, Gyeonggi Province surrounding the capital, and the northwestern port city of Incheon saw rainfall of over 100 millimeters per hour Monday night, Yonhap News Agency reported. Hourly precipitation in Seoul's Dongjak district surpassed 141.5 mm at one point, the heaviest hourly downpour in the country since 1942.

South Korean President Yoon Suk Yeol held an emergency meeting in the disaster and safety situation room in the government complex in Seoul early Tuesday, during which he ordered a thorough survey of the extent of flood damage and a quick recovery. 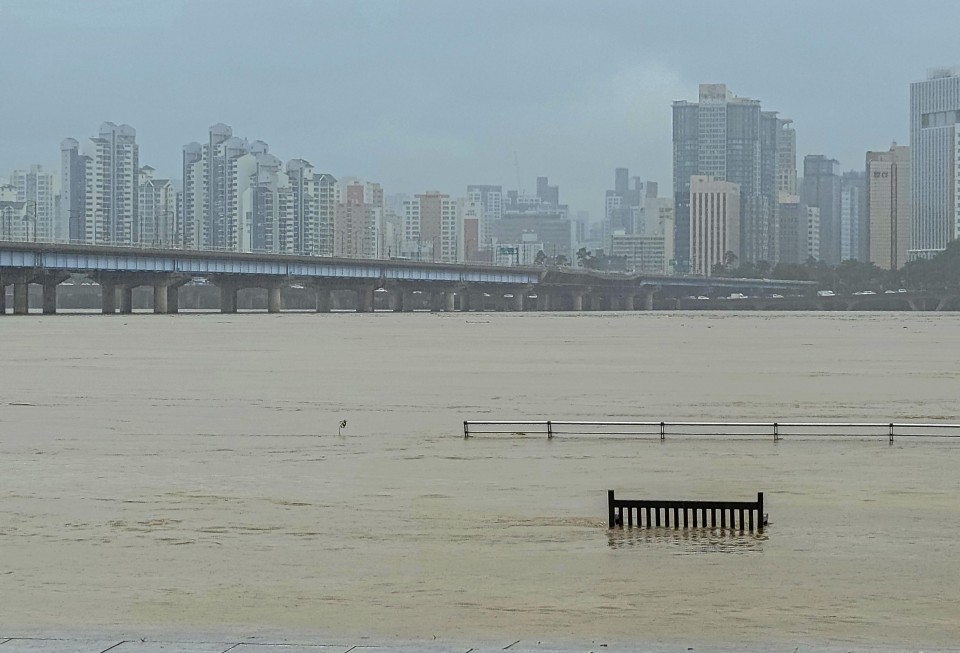 "As the heavy rain has been continuing for several days, we should respond all out" to the situation, Yoon said at the meeting.