The number of foreign arrivals in Japan in July exceeded 100,000 for the fourth straight month following the easing of COVID-19 border control measures in a bid to shore up the tepid economy, official data showed Wednesday.

The foreign arrivals, which totaled 144,500 last month, were 2.8 times higher than those in July 2021. But it represented a 95.2 percent plunge from the same month in the pre-pandemic year of 2019, according to the Japan National Tourism Organization.

While Japan reopened its doors to small-scale tours in June, the number of foreign tourists to the country remained low at 7,903 the following month. 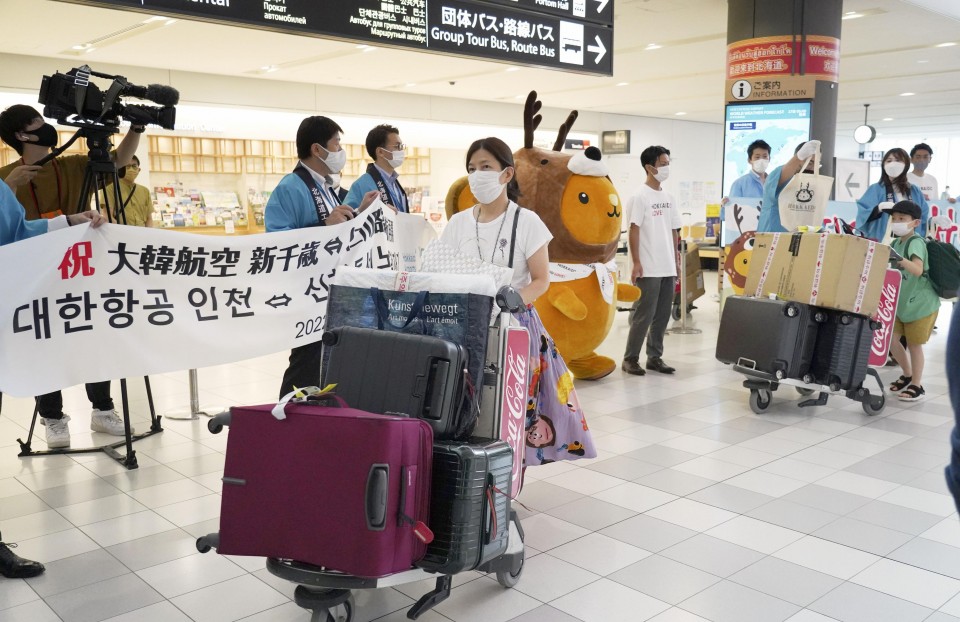 It is believed the complicated procedures required to visit the nation, such as acquiring a negative coronavirus test result and a visa, are part of the reasons for the low number of tourists.

The number of people who have applied for entry into Japan for tourism purposes for the period from Aug. 12 to 31 was 7,412, the organization said.

The travel application figures for September and for October onwards stand at 4,730 and 2,810, respectively, with the majority from South Korea.

By country, the largest number of total foreign arrivals to Japan in July was from Vietnam at 22,700, South Korea at 20,400 and China at 14,800, with most likely to have come as technical interns, businesspeople or international students.

Domestic travel consumption by Japanese nationals amounted to 4.4 trillion yen ($32.8 billion) for the three months through June, 2.4 times higher than that in the same quarter in 2021, although it was down 26.3 percent from the same period for 2019.

Demand for travel has rebounded as government COVID-19 restrictions on people's movements have been lifted recently.