Japanese opposition parties called Thursday for an extraordinary parliamentary session to be opened as soon as possible to examine the controversial links between members of Prime Minister Fumio Kishida's government and the Unification Church.

The move came as increasing numbers of ruling party lawmakers have been tied to the religious group, a major political issue in the wake of the assassination of former Prime Minister Shinzo Abe. 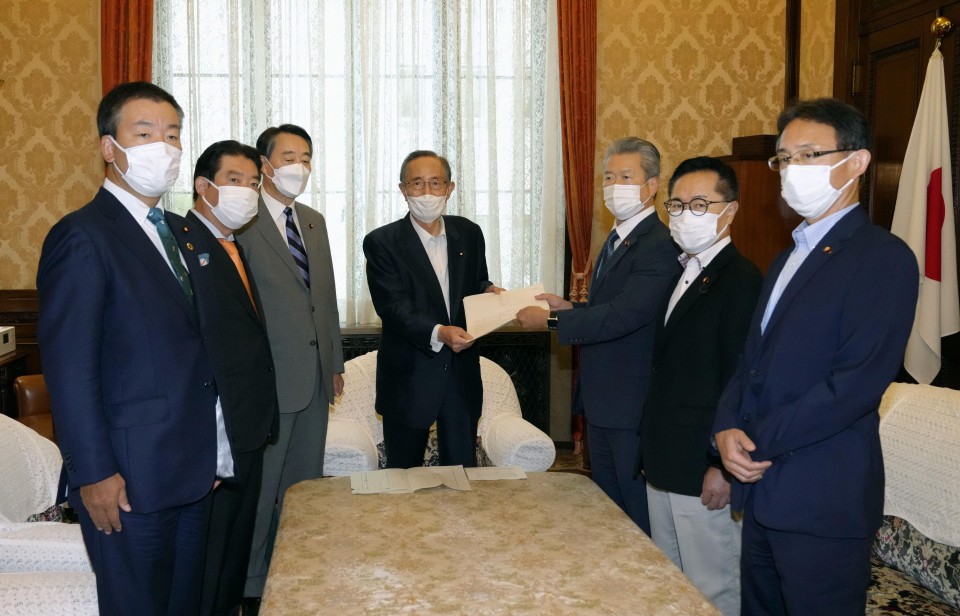 Representatives of opposition parties submit a letter of request to House of Representatives Speaker Hiroyuki Hosoda (C) in the parliament building in Tokyo on Aug. 18, 2022, calling for an extraordinary parliamentary session to be convened. (Kyodo)

Among them, Koichi Hagiuda, policy chief of the ruling Liberal Democratic Party, who has come under public scrutiny after being reported to have visited a facility linked to the religious group accompanying a then-LDP candidate in June, told reporters on Thursday that he has "never received financial support or donations from the organization" or asked for help in election campaigning. 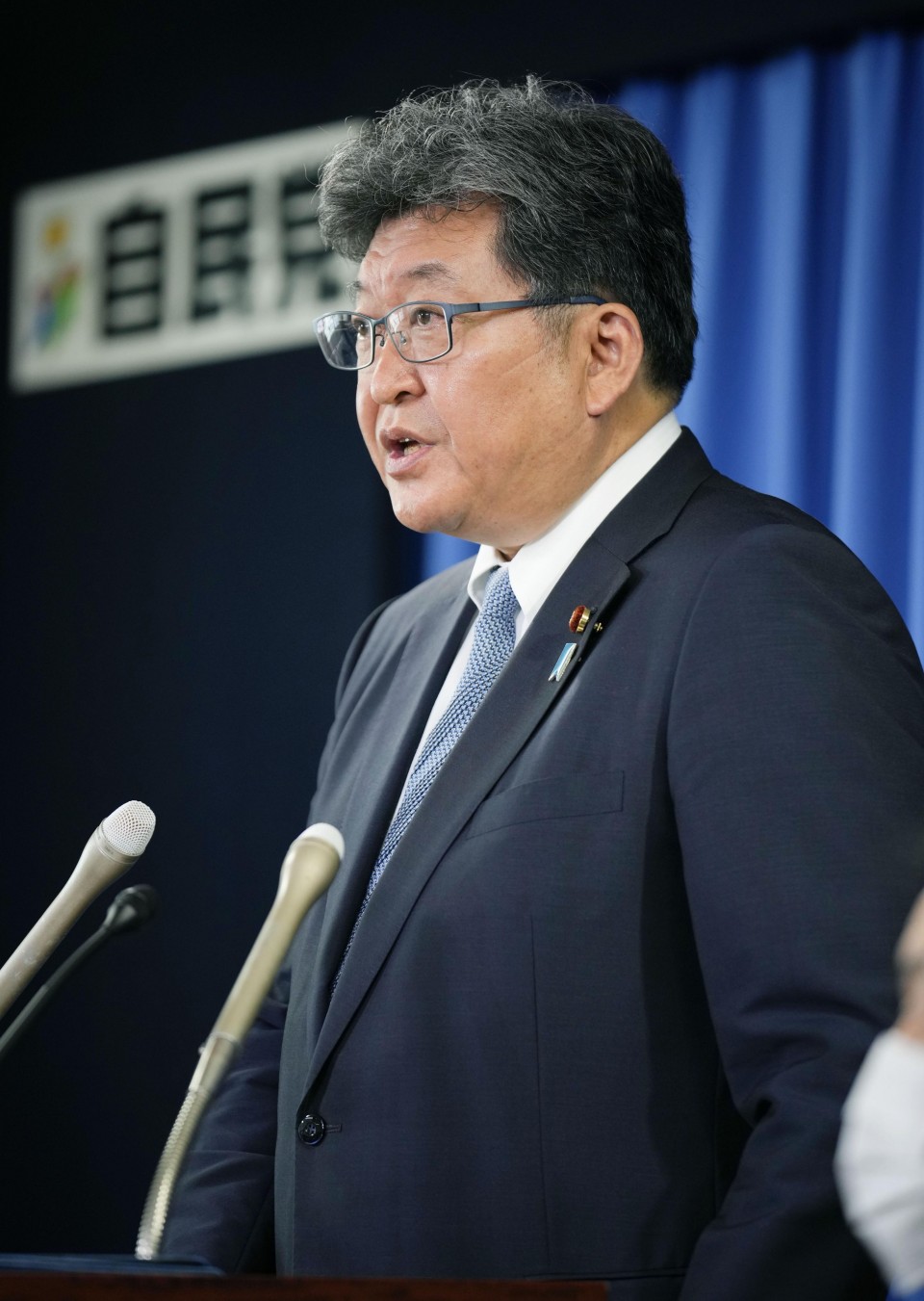 But Hagiuda and his office said his support group and a local LDP chapter have paid fees for attending charity parties to a group linked to the church on six occasions between 2012 and 2019.

Still, Kishida, who reshuffled his Cabinet earlier this month, is unlikely to succumb to the pressure to hold the extraordinary session, given he is considering one in October, sources close to the premier said.

The main opposition Constitutional Democratic Party of Japan and other parties have also asked Kishida's Cabinet to provide an opportunity to discuss how to tackle rising food and energy prices triggered by Russia's invasion of Ukraine and the yen's depreciation.

Among other matters the opposition parties seek to debate are the government's coronavirus pandemic response and the planned state funeral of Abe, who was killed by a gunman during a campaign speech early last month.

Tetsuya Yamagami, the alleged shooter, is believed to have cited a grudge against the Unification Church, having told investigators his mother's large donations had financially ruined their family.

Opposition parties said in a letter of request submitted to the House of Representatives speaker, "Leaving various problems untouched by not opening a parliamentary session is a serious dereliction of duty by the Cabinet and undermines the national interest."

Sumio Mabuchi, Diet affairs chief of the main opposition party, told reporters after the submission, "We request the swift opening" of an extraordinary session, which will last for four months until the fiscal 2023 budget is compiled in December.

Article 53 of the Constitution states the Cabinet must convene an extraordinary session when it is sought by a quarter or more of members of either chamber of the parliament, although it does not set a time limit for doing so.

After Kishida reshuffled Cabinet and party executive lineups, it was revealed that many have some relations with the Unification Church, now known as the Family Federation for World Peace and Unification.

The revelations add to evidence of what could be a densely intertwined network of contacts between lawmakers of the LDP and the Unification Church.

Hagiuda, who turned into LDP policy chief from industry minister in the reshuffle, vowed before reporters to distance himself from the organization and to "respond appropriately."

He explained he was aware that the gathering at the facility that he and LDP lawmaker Akiko Ikuina attended in Hachioji, Tokyo, in June was that of a group linked to the Unification Church, but he thought at the time that the church was no longer a social problem like it had been in the past.

The church was founded by a staunch anti-communist and is known for its mass weddings. It has drawn scrutiny over "spiritual sales," in which people are talked into buying jars and other items for exorbitant prices by use of threats, including the citing of "ancestral karma," leading to some critics calling the group an antisocial cult.