World No. 96 Nishioka reached the final of the U.S. Open warm-up event with a straight-sets victory over top-seeded Russian Andrey Rublev in the semis, but he was unable to win a break point against the big-serving Kyrgios.

With his opponent taking the initiative early, the 26-year-old Nishioka struggled to keep pace in the hot conditions. 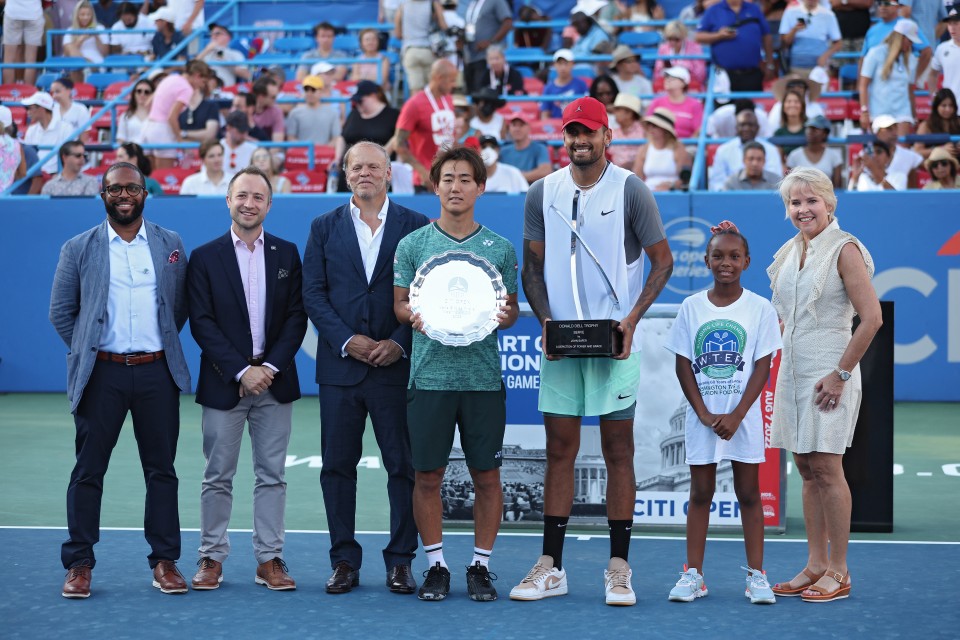 Nick Kyrgios (3rd from R) of Australia and Yoshihito Nishioka (4th from R) of Japan pose with trophies following their men's singles final at the Citi Open at Rock Creek Tennis Center on Aug. 7, 2022 in Washington. (Getty/Kyodo)

"It's disappointing that I couldn't get my second title," Nishioka said. "I was fatigued and my opponent outplayed me. He was serving really well."

"I would've liked to have pushed him a little more. I couldn't apply enough pressure and that's why I lost."

Nishioka, who won his sole ATP title at the 2018 Shenzhen Open, was nevertheless happy to reach the final in Washington and is set to jump in the rankings.

"Getting to the final of this tournament has given me confidence," he said. "It's been a fun week."