Coronavirus cases among children remain high amid a seventh wave of infections in Japan, with the weekly number of new cases for the age group hitting over 300,000 at one point, doubling the peak hit during the sixth wave earlier this year.

However, the vaccination rate for 5- to 11-year-olds has been sluggish, with the health ministry in response stepping up its calls for parents to actively consider inoculation from a public health perspective.

Though new infections have begun to decline, figures have remained high, amounting to some 288,900 as of the week ending Aug. 12, forcing the closure of over 100 nursery schools and other children's institutions nationwide, as well as some elementary schools prior to entering the Japanese summer break. 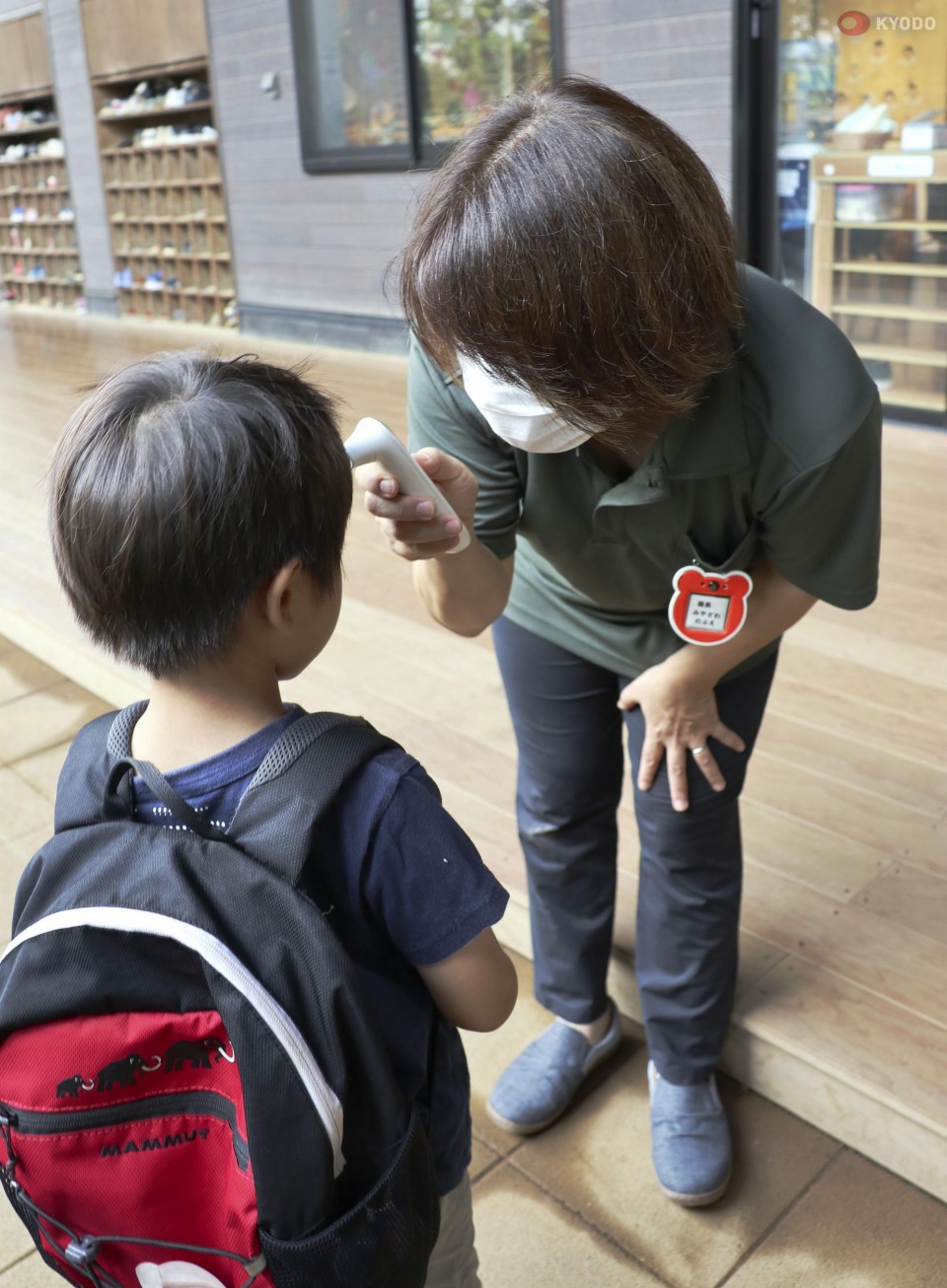 "There is constant anxiety that a positive case could emerge at any time," said Nobue Miyazawa, director of the Kitasenju Doronko Nursery in Tokyo's Adachi Ward.

The nursery school continues to measure children's temperatures, has nursery workers change masks frequently, and disinfects toys at least three times a day. Since the arrival of the seventh wave, it has reduced the number of children sitting together at tables during meal times.

No one at the nursery school has tested positive yet, but given the circumstances, it could only be a matter of time.

According to the Ministry of Health, Labor and Welfare, 104 nursery schools and similar institutions had closed as of Aug. 4 amid the seventh wave of infections.

This figure is far lower than the roughly 700 institutions that closed during the sixth wave between January and March, in part due to the adoption of more flexible responses to deal with the spread of the virus such as only suspending classes where positive cases are confirmed instead of entire schools.

Still, the speed of the virus's proliferation this time around has now prompted many institutions to close.

At the same time, Miyazawa says she "feels a sense of responsibility" to stay open for the sake of the children's working parents.

"I want to create opportunities such as events that contribute to the children's growth," Miyazawa said. "Those decisions will have to be made in due course."

According to health ministry data, around 336,500 people in their teens or younger tested positive for the virus from July 23 to 29, comprising more than one-quarter of the infected overall.

At the peak of the sixth wave, 150,000 people in the age group in a week tested positive.

According to a tally by the Ministry of Education, Culture, Sports, Science and Technology, 99 public elementary, junior high and high schools closed in July, more than double the number seen in June. Of the institutions that closed, half were elementary schools.

Vaccinations rates for children between 5 and 11 years old have been low since inoculations started being offered in February, with only 18.8 percent having received their second doses as of Aug. 15, government statistics showed.

The figure is in contrast to the overall 81 percent of people across all age groups who have received two vaccine doses.

Children are less likely to develop severe symptoms if infected with the virus, which has led many parents to opt not to vaccinate them.

"If my children don't develop severe symptoms, then I don't feel a necessity to get them vaccinated, and I worry about future side effects," said one 37-year-old Tokyo mother with 7- and 10-year-old daughters. "Instead, I'm doing everything else to stop them from getting infected."

But the mother said the decision to not vaccinate her children also led her to forego visiting her hometown again this year, after already skipping the trip for the previous two years.

"Children wear masks in school. But during summer break, there may be many cases in which they will take them off to play with their friends," one prefectural official said.

"As vaccination rates stay low, it is hard to predict what the situation for child infections will be like in the future."