A survey released Tuesday by a Tokyo-based company that encourages tourism to Japan showed that 72 percent of respondents will not, or will probably not, visit the country if it continues with its current entry controls.

The D2C X Inc. survey also showed 91 percent of the 1,717 overseas respondents found the entry controls, which include COVID-19 testing within 72 hours of departure to Japan, too strict or rather strict, illustrating how the country's pandemic border measures have deterred visits from overseas. 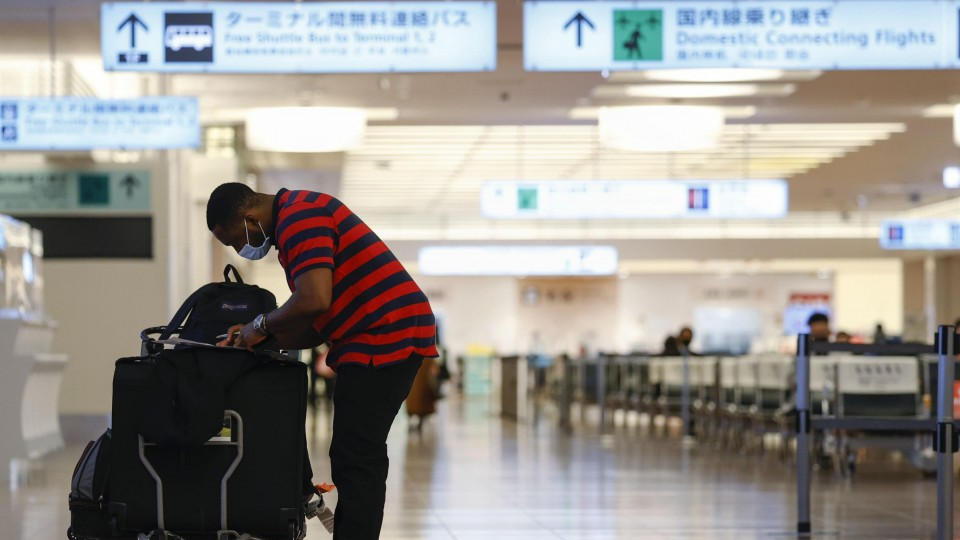 An arrival lobby at Tokyo's Haneda airport is seen deserted on Jan. 5, 2021, amid the novel coronavirus pandemic. (Kyodo)

The online survey, conducted in early July, was answered by people from across 52 countries and territories.

The Japanese government has gradually eased what were considered the strictest entry measures among the Group of Seven countries.

Government enforced package tours were the main reason for the reluctance to travel to Japan with 71 percent saying they would change their mind if the tours were stopped.

Around 39 percent wanted visa requirements to be rescinded, while 38 percent were opposed to the obligation of pre-arrival COVID-19 negative testing. Around 23 percent want the limit on daily entries, which is currently capped at 20,000, to be abolished.

It gingerly opened itself to tourists through group tours starting in June, leading to 140,000 visitors arriving in July, or around 5 percent of the number the country saw in the same month in 2019.