Ohtani had a two-run homer off lefty Tim Mayza in the seventh inning among his three hits at Rogers Centre, and Mike Trout, Kurt Suzuki and Luis Rengifo also homered to highlight the Angels' 13-hit offense.

Ohtani and Trout each hit their 28th homers of the season. With two more, Ohtani, who hit 46 homers last season, will become the first Japan-born MLB player to have back-to-back 30-homer seasons. 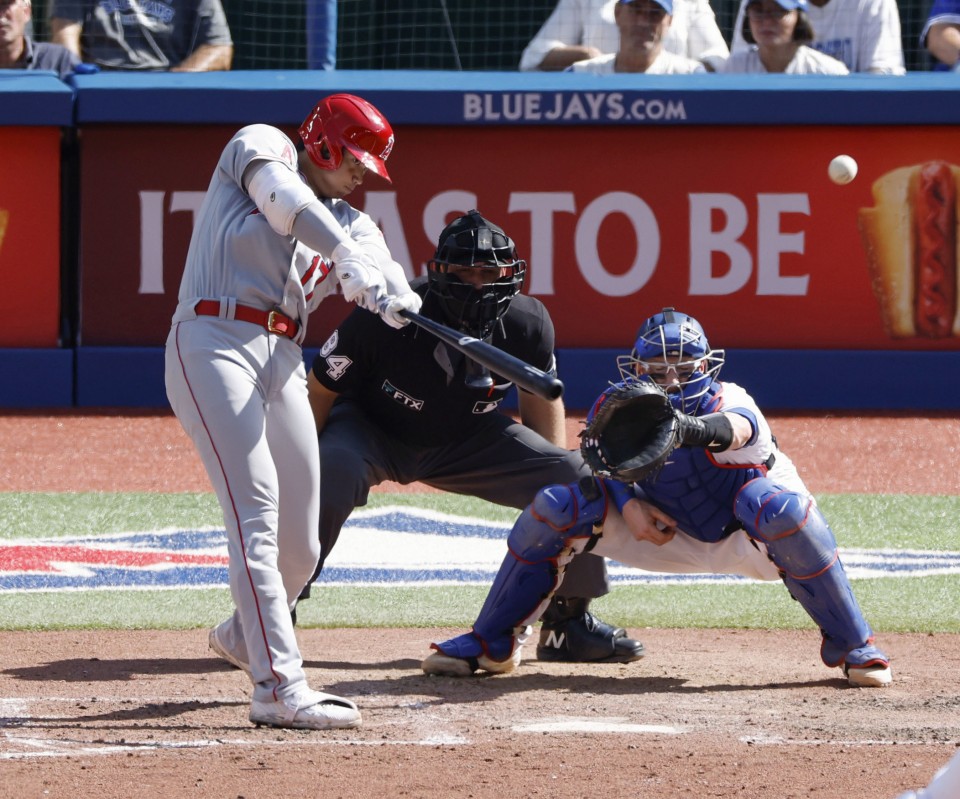 Shohei Ohtani of the Los Angeles Angels hits a two-run home run in the seventh inning of a baseball game against the Toronto Blue Jays on Aug. 28, 2022, at Rogers Centre in Toronto, Canada. (Kyodo) ==Kyodo 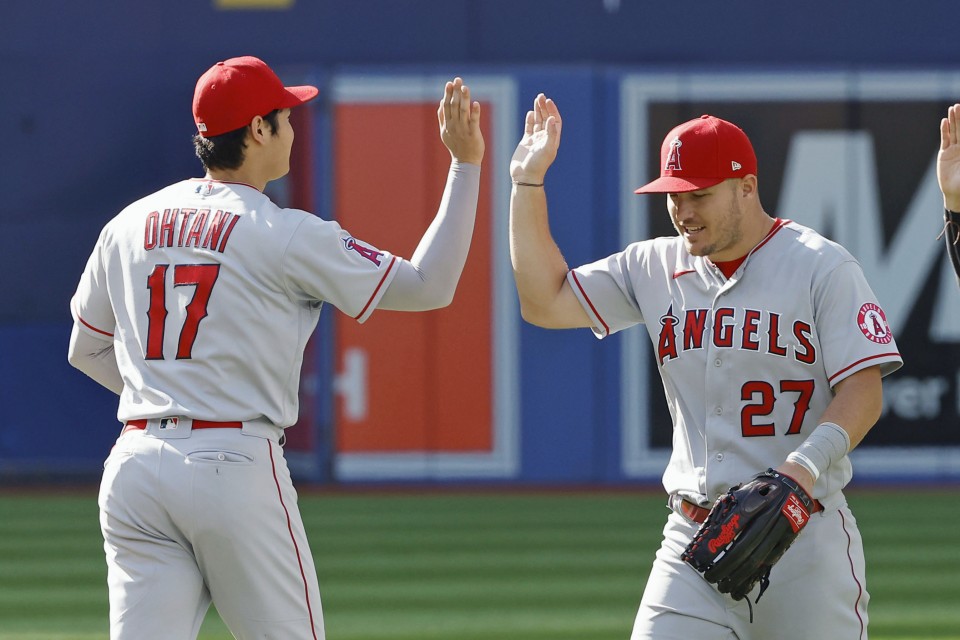 Yusei Kikuchi worked out of a two-out, bases-loaded situation in the ninth inning as the sixth and last of the Blue Jays pitchers to take the mound, striking out the only batter he faced.

At Globe Life Field, Kohei Arihara lasted 3-1/3 innings and was tagged with the loss in the Texas Rangers' 9-8 defeat at the hands of the Detroit Tigers. Arihara (1-2) gave up six runs on eight hits and two walks with three strikeouts in his shortest outing this season.

At American Family Field, Seiya Suzuki went 1-for-3 with an RBI single and two walks as the Chicago Cubs' bullpen blowup in the middle innings resulted in a 9-7 loss to the Milwaukee Brewers.

At Fenway Park, Hirokazu Sawamura allowed three runs on four hits and two walks in the sixth inning as the Tampa Bay Rays scored at least one run in five straight innings on their way to a 12-4 victory over the Boston Red Sox.

Sawamura was designated for assignment after the game, according to major league sources. The 34-year-old Japanese has posted a 3.73 ERA in 50-2/3 innings over 49 relief outings this year but will now lose his spot on Boston's 40-man roster.