Around 42 percent of major companies in Japan expect the country's economy to slow down over the next 12 months, up from just 5 percent one year ago, as they struggle to cope with surging commodity costs and the yen's weakness, a Kyodo News survey showed Thursday.

The survey of 114 companies, including Toyota Motor Corp. and SoftBank Group Corp., found that Japanese blue chips are becoming increasingly pessimistic about the country's economic outlook, up from 12 percent at the beginning of the year.

Meanwhile, those that believe Japan's economy will expand dropped to 55 percent from 90 percent one year ago, and 84 percent earlier this year, as concerns weighed on hopes for a gradual recovery from the COVID-19 pandemic. 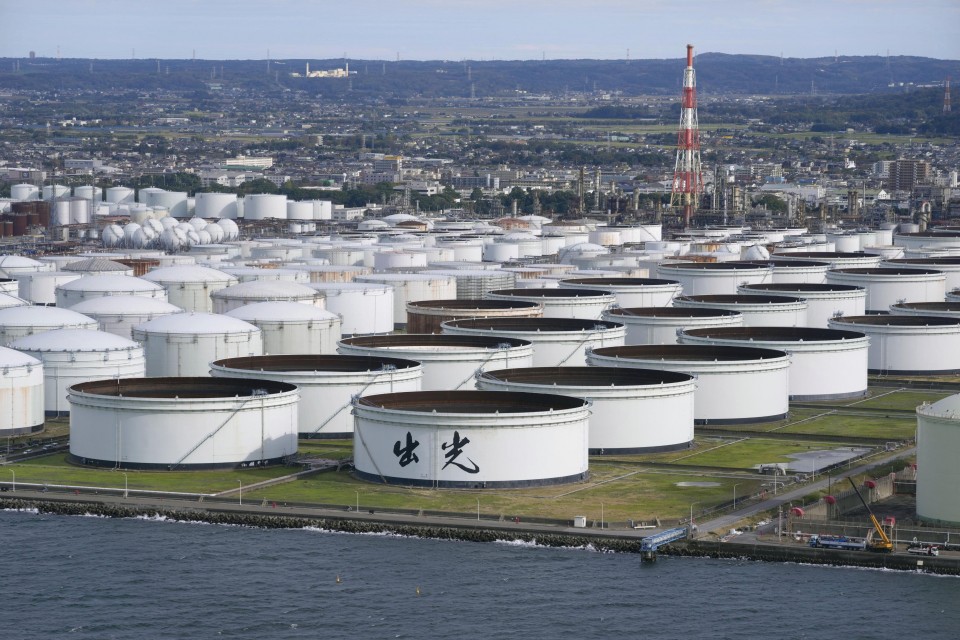 With multiple answers allowed, 83 percent that expect the economy to slow down cited adverse effects of higher commodity prices, followed by 58 percent predicting sluggish growth or a decline in consumer spending.

Some 56 percent said the yen's weakness against the U.S. dollar and other major currencies would negatively impact the economy.

Stronger global demand has pushed crude oil and commodity prices up to historic highs as countries attempt to restart their economies, while Russia's invasion of Ukraine has further aggravated supply chain constraints.

Furthermore, the Japanese currency has been in a freefall against the U.S. dollar in recent months, hitting a fresh 24-year high last month in the 139 zone amid contrasting approaches in monetary policy between Japan and the United States.

The U.S. Federal Reserve has pushed for aggressive rate hikes as it battles 40-year high inflation in risk of a recession, while the Bank of Japan has maintained an ultraeasy monetary policy.

The Kyodo survey, conducted from mid to late July, covering leading companies in each sector, found 32 percent of them expect economic growth to be flat, while 10 percent forecast moderate contraction.

Some 53 percent of surveyed companies believe there will be moderate growth, while 2 percent are hopeful of solid growth. None believed the economy would fall into a recession.

Among multiple answers from those that anticipate growth, 85 percent said they expect personal consumption to recover, while 77 percent predict normalization from the coronavirus pandemic.

While some companies said the BOJ's hard stance to maintain its ultraeasy monetary policy has caused the yen to weaken and push up import prices, 37 percent nevertheless believe its continuation is necessary.

The survey also found 39 percent of the firms believed the coronavirus should be treated in a similar manner to seasonal flu.

Although Japan's daily COVID-19 infection numbers have been hitting record highs in recent weeks, the government has not imposed restrictions on people's movement, while calls have been mounting that it should speed up its review of measures against the disease.

Asked about how best to deal with a potential electricity crunch, it found more than half supported the need to save power, followed by increased implementation of solar and wind power, and 39 percent backed restarting nuclear reactors.