Kamada had Frankfurt's best chance at Helsinki Olympic Stadium when he was played through on goal in the 14th minute, but his low left-footed effort was saved by keeper Thibaut Courtois before Real netted in each half. 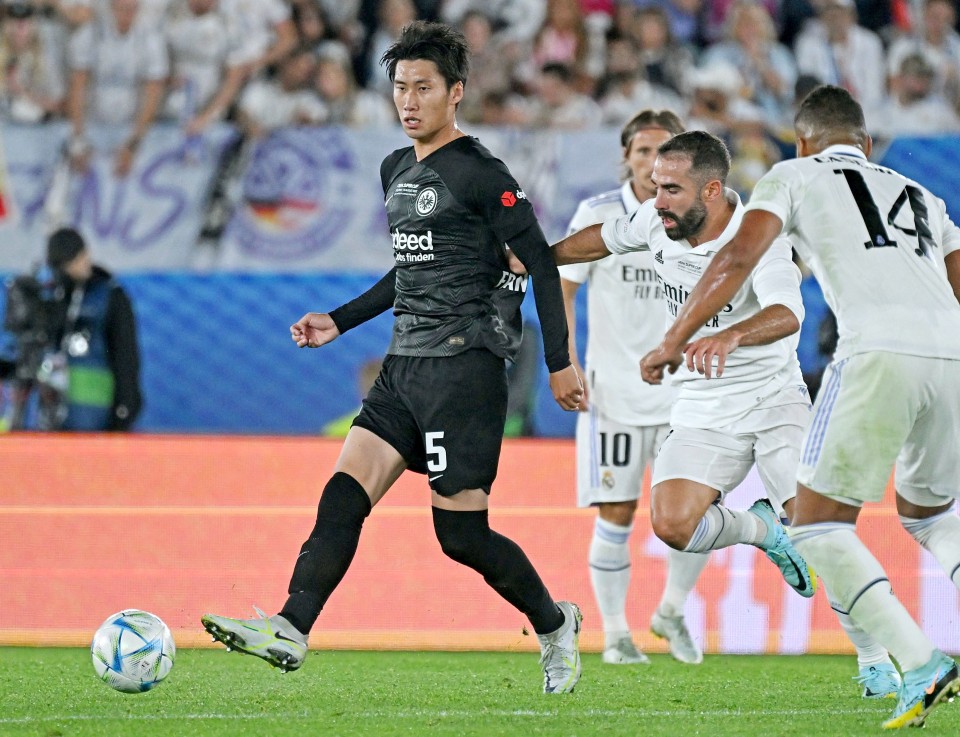 Eintracht Frankfurt's Daichi Kamada (L) plays during the second half of the UEFA Super Cup football final against Real Madrid on Aug. 10, 2022, in Helsinki. (Kyodo) ==Kyodo

The Spanish giants went ahead in the 37th minute after a corner when Casemiro headed the ball back into the path of David Alaba to tap in. Karim Benzema side-footed Vinicius Junior's pass to double the lead in the 65th minute.

Kamada, top scorer for Frankfurt in last season's Europa League with five goals, was comfortable facing his world-class counterparts after beginning the game as an attacking midfielder before switching to more defensive duties toward the end.