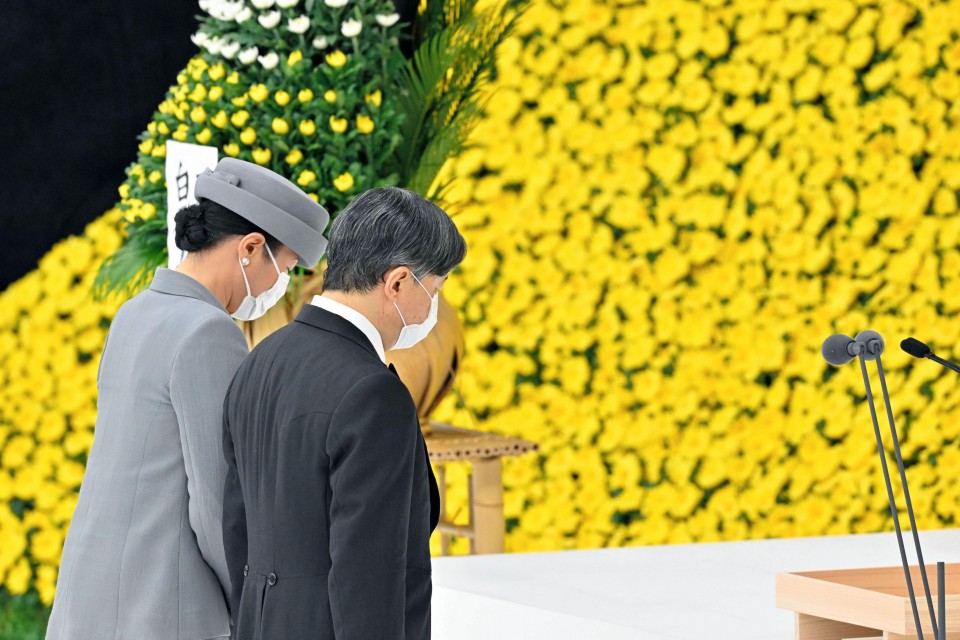 TOKYO - Japan on Monday marked the 77th anniversary of its surrender in World War II as Russia's nearly six-month-old invasion of Ukraine brings renewed attention to the importance of peace.

A government-sponsored ceremony to mourn the around 2.3 million military personnel and 800,000 civilians who perished in the war on the Japanese side started before noon in Tokyo, though in a scaled-back form for the third straight year as the country faces another wave of the coronavirus pandemic.

TOKYO - Japan's economy in the April-June period grew a real 0.5 percent from the previous quarter, or an annualized 2.2 percent, on the back of recovering private consumption following the removal of coronavirus restrictions in March, government data showed Monday.

Real gross domestic product, the total value of goods and services produced in a country adjusted for inflation, expanded for the third consecutive quarter following nearly flat growth in the January-March quarter, according to the preliminary report released by the Cabinet Office.

The 17-year-old Baba became the first Japanese player to win the tournament since Michiko Hattori in 1985 by beating the 21-year-old Chun 11 and 9.

TOKYO - Two Cabinet ministers visited Tokyo's war-linked Yasukuni shrine on Monday, the 77th anniversary of the end of World War II, but Prime Minister Fumio Kishida chose to send a ritual offering to the shrine seen by Asian neighbors as a symbol of Japan's past militarism.

The visits by hawkish economic security minister Sanae Takaichi and reconstruction minister Kenya Akiba, both handpicked for their posts by Kishida last week, marked the third straight year that Cabinet members have visited the Shinto shrine on Aug. 15. Yasukuni honors convicted war criminals along with more than 2.4 million war dead.

Later in the day, China said it had carried out military drills around Taiwan in response to the latest move by the United States, and criticized Washington and Taipei for playing "political tricks" and undermining peace and stability in the region.

BEIJING - China said it had carried out military drills around Taiwan on Monday in response to latest visit to the self-ruled island by a delegation of U.S. lawmakers.

SEOUL - South Korean President Yoon Suk Yeol on Monday emphasized the importance of cultivating future-oriented ties with Japan to help overcome unresolved historical issues between the Asian neighbors as he made his first Liberation Day speech since taking office.

Yoon has expressed a willingness to improve relations that have been strained for years following a ruling by South Korea's top court that ordered Japanese firms to compensate people for unpaid labor during the colonial era.

TOKYO - Prime Minister Fumio Kishida instructed officials Monday to draw up an additional package of steps by early September to alleviate the pain on consumers from rising import prices for wheat and energy amid Russia's war in Ukraine.

Kishida said the government will aim to maintain the price of imported wheat that it sells to millers at the current level and consider retaining subsidies to oil wholesalers to lower gasoline and kerosene prices.