Princess Akiko said she values the opportunity to use her position in the imperial family to pass on traditional culture to Japanese children as she highlighted the importance of engaging with the general public in an exclusive interview with Kyodo News.

The 40-year-old eldest daughter of the late Prince Tomohito of Mikasa, who was a cousin of former Emperor Akihito, credited her experience studying abroad in Britain for a year at the age of 19 as the inspiration for her life work. She spent the 2001-2002 academic year at Oxford University while enrolled at Gakushuin University in Tokyo. 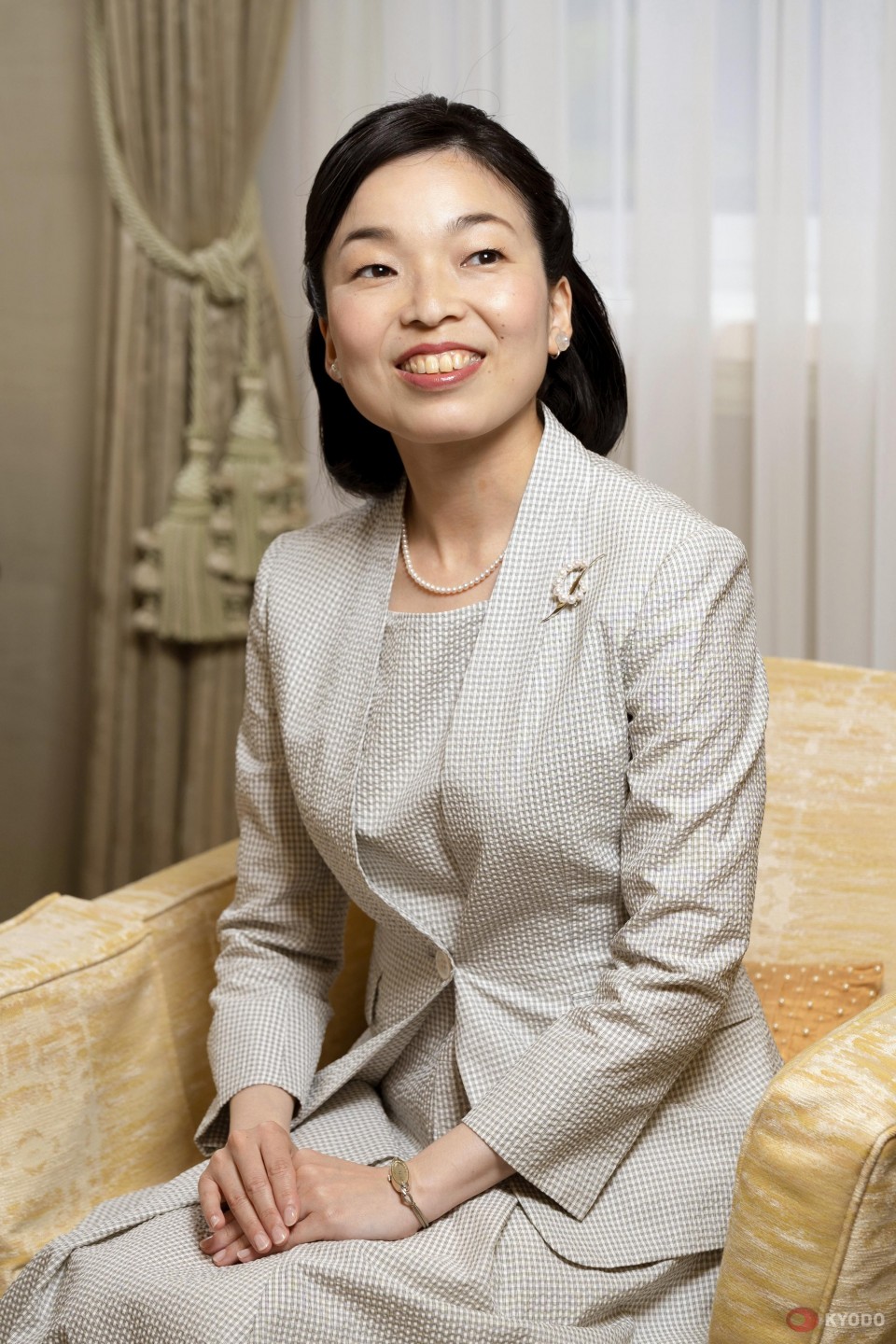 Princess Akiko speaks at an interview with Kyodo News in Tokyo on May 13, 2022. (Kyodo)

"I was the only Japanese student in my year, so I was asked many questions about Japan. The experience made me keenly aware of the need for knowledge that would enable me to properly talk about my country to people overseas," the princess said in the May interview.

Her current activities are focused on ensuring that Japanese children get a chance to encounter their cultural heritage, something she is undertaking through an organization she founded called Shinyusha.

"Children are the future of Japan. I wanted to start by conveying to them the rich flavor of rice and miso soup and the pleasure of such small things as laying around on tatami mats," she said. "Then I decided to start activities to pass on authentic Japanese culture to children."

Shinyusha offers workshops that include comparing the taste of bottled and teapot-brewed Japanese tea, and making "dashi" soup stock from "kombu" kelp and dried bonito flakes.

It was an initiative that grew out of her experiences when she returned to Oxford University from 2004 to 2009 to research Japanese art collections at the British Museum.

Her studies, which led her to become the first woman in the imperial family to earn a doctorate, made her realize that culture will not be preserved unless not only researchers but the general public understand and protect them, she said.

All activities organized by Shinyusha, which the princess heads as president, are funded by membership fees, donations, and participation fees from companies and individuals who agree with the purpose of the organization.

While she said it was difficult to gather people when she first launched the organization in 2012, to her delight she found many participants became regulars after joining in once. Due to the coronavirus pandemic, talk sessions on various cultural topics are currently held online twice a month.

"My father told me when I was a child that the role of the imperial family is to connect with people and do what the people want. Even now, I still hold onto those words as support for my activities," she said.

The princess, who has a younger sister -- 38-year-old Princess Yoko -- said she strongly felt her responsibility as a member of the imperial family when she first attended New Year's greetings offered by then Emperor Akihito to the public in 2011. 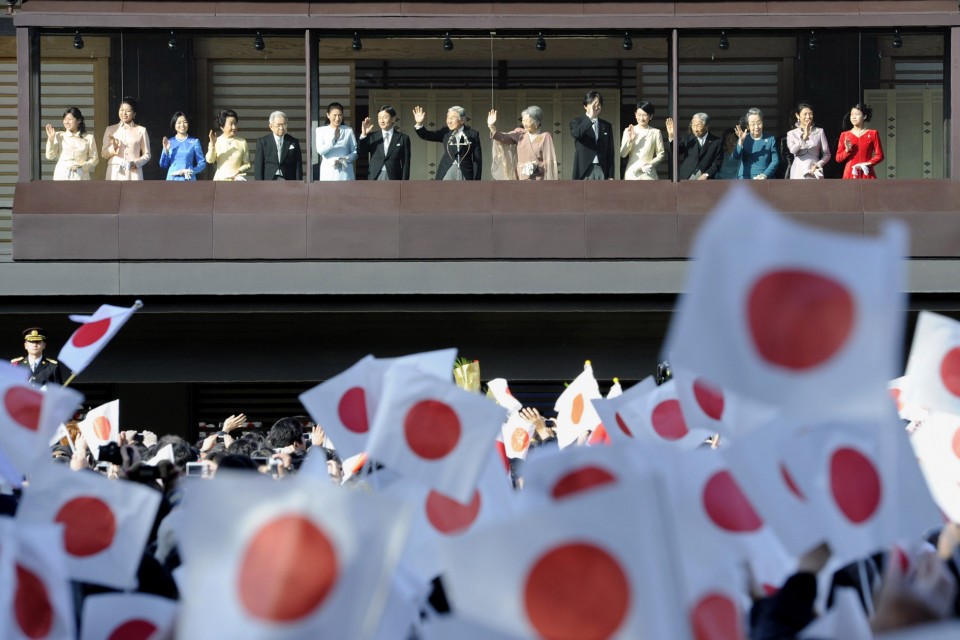 Imperial family members wave from a balcony to well-wishers who gathered at the Imperial Palace on Jan. 2, 2011. (Kyodo)

"I heard ground-shaking cheers and saw small flags of the rising sun. I felt the weight of the emperor's words as some people shed tears. I realized then that I must be a person worthy to stand in such a position," she said.

In addition to running Shinyusha, the princess also serves as the president of the Japan-Turkey Society and the honorary patron of the Japan-British Society. Since April she has been a visiting professor at Ritsumeikan University in Kyoto, western Japan.

"My father always said that his greatest asset is his people, and it is the same for me. I hope that by engaging with many people through Shinyusha and other activities, more people can understand my ideas."

While the princess admitted that it is challenging to hold many positions with the same level of enthusiasm, she also expressed her determination to use her position as a member of the imperial family to the advantage of others.

Princess Akiko also emphasized the importance of preserving the cultural traditions of the imperial household, saying she had learned a lot about the unique words and phrases used in relation to the household and other related knowledge from her 99-year-old grandmother Princess Yuriko, who is the oldest member of the imperial family.

"There is meaning behind the culture, and I believe that it is my duty as a member of the imperial family to continue to document and talk about it," she said.