Japan's Kyogo Furuhashi opened the scoring in the 48th minute to lead Scottish Premier League champions Celtic to a 3-1 win away to Ross County on Saturday.

The goal was Furuhashi's first of the young season as Celtic improved to 2-0. 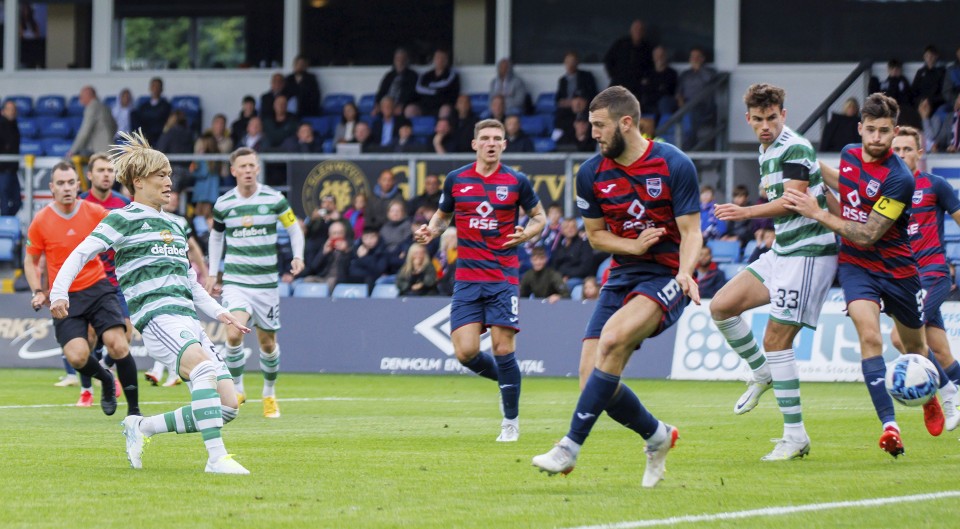 Kyogo Furuhashi (front L) of Celtic opens the scoring in the second half of a Scottish Premiership match against Ross County in Dingwall, Scotland, on Aug. 6, 2022. (Kyodo)

Fellow Japanese Ko Itakura set up one of Union Berlin's goals in their 3-1 home derby victory over Hertha Berlin.