Japanese Prime Minister Fumio Kishida tested positive Sunday for the novel coronavirus, a day before he was to resume his duties, but his symptoms are mild, the premier's office said.

Kishida started experiencing symptoms such as a slight fever and cough from Saturday night, according to the office.

The 65-year-old, who is now resting at his official residence, will likely carry on with his duties from Monday remotely while in isolation, as long as his symptoms do not worsen, the office said. 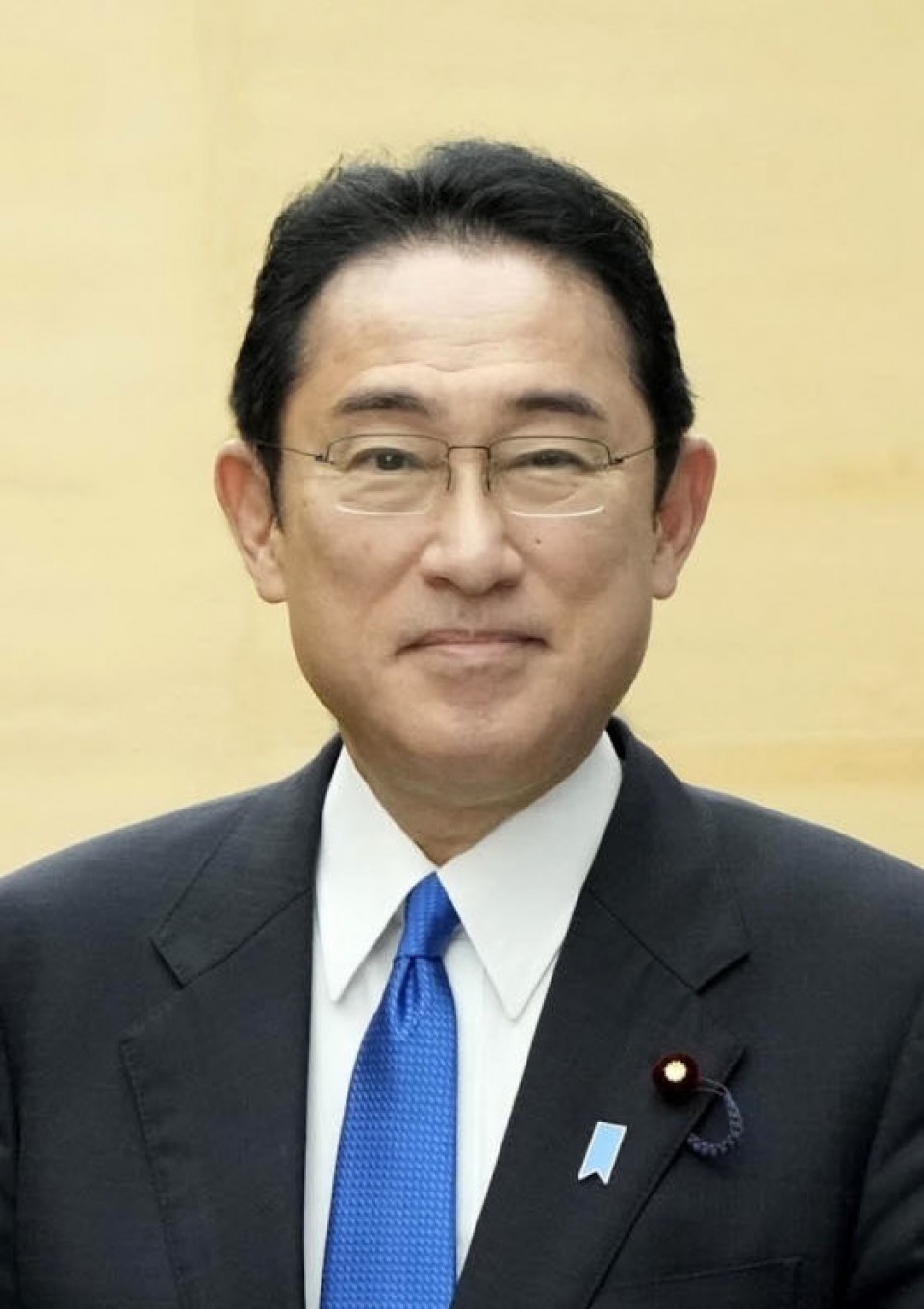 Japanese Prime Minister Fumio Kishida, seen in this file photo, tested positive for the novel coronavirus on Aug. 21, 2022, but his symptoms are mild, the premier's office said. (Kyodo) ==Kyodo

The development came at a time when Japan is experiencing a seventh wave of infections, with record daily cases of the novel coronavirus.

Kishida was scheduled to attend the eighth Tokyo International Conference on African Development to be held in Tunisia on Aug. 27 and 28, according to the office. As he must remain isolated until Aug. 30, he may now consider virtually attending.

His planned visit to the Middle East following TICAD is also likely to be canceled.

Kishida, who had his fourth COVID-19 vaccine shot on Aug. 12, started his summer vacation last Monday afternoon, after he had attended a ceremony marking the 77th anniversary of Japan's surrender in World War II.

His wife Yuko and his eldest son Shotaro, who serves as his secretary, have been identified as close contacts.

Kishida hit the golf course in Ibaraki Prefecture near Tokyo with his family on Tuesday, playing his first round since taking leadership last October.

On Wednesday, he stayed with his family at a hot spring inn in Izunokuni, Shizuoka Prefecture, before visiting Mishima Taisha shrine and other spots connected to the NHK period drama "The 13 Lords of the Shogun" the following day.

He has been at his official residence since returning to Tokyo on Friday afternoon.

Among other world leaders, U.S. President Joe Biden and his predecessor Donald Trump, and British Prime Minister Boris Johnson have had the virus.