U.S. President Joe Biden and Chinese President Xi Jinping on Thursday warned each other over what they view as destabilizing acts regarding Taiwan, as a possible visit to the island by the U.S. House of Representatives speaker has increased bilateral tensions.

In what was their fifth call since Biden took office in January last year, the two leaders also discussed the value of meeting face to face and agreed to have their teams follow up to find "a mutually agreeable time to do so," a senior U.S. administration official said.

Speaking for more than two hours, the leaders looked into areas where the two countries can work together, with particular focus on climate change and health security, exchanged views on Russia's war against Ukraine and its global impact, and had an "in-depth" discussion about Taiwan, the official added. 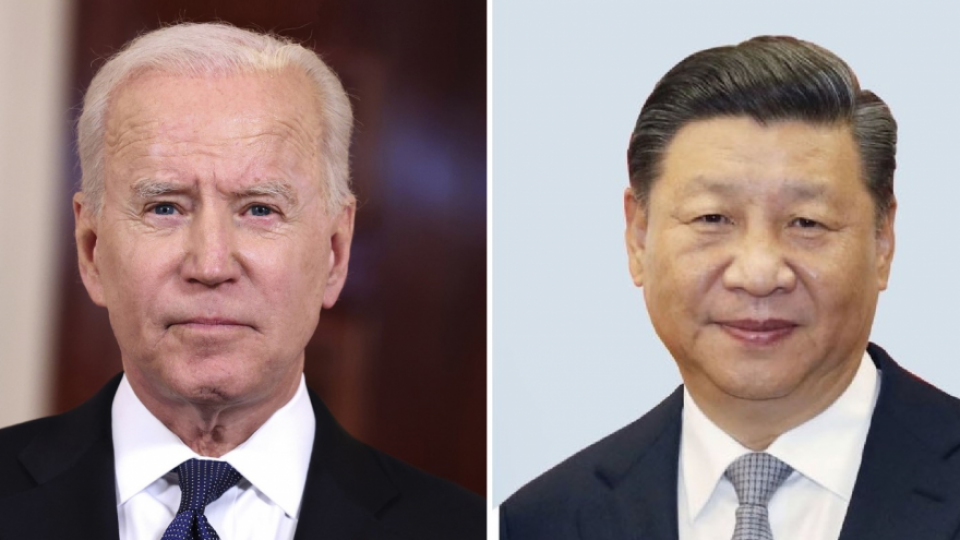 According to China's official Xinhua News Agency, Xi expressed resolute opposition to efforts toward Taiwan independence or any interference by external forces.

While emphasizing that "both sides of the Taiwan Strait belong to one and the same China" and vowing to safeguard China's national sovereignty and territorial integrity, Xi was quoted as saying, "Those who play with fire will perish by it."

China has been delivering strong warnings against U.S. House speaker Nancy Pelosi visiting Taiwan after the potential move was reported by media last week. The Chinese military said it "will not sit idly by" if she goes ahead with the trip, which would be the first such visit to the island by a holder of the powerful congressional post in 25 years.

The U.S. official did not tell reporters whether Pelosi's trip was specifically discussed between Biden and Xi.

Biden reaffirmed that Washington remains committed to its one-China policy, under which it recognizes Beijing as the sole legal government of China, and that the United States "strongly opposes unilateral efforts to change the status quo or undermine peace and stability across the Taiwan Strait," according to the White House and the official.

"The two discussed that the United States and China have differences when it comes to Taiwan, but they have managed those for over 40 years and that keeping an open line of communication on this issue is essential to doing so," she said.

Beijing views Taiwan as a renegade province awaiting reunification with the mainland, by force if necessary.

The United States changed its diplomatic recognition from Taipei to Beijing in 1979, but has maintained unofficial relations with the self-ruled democratic island and supplies it with arms and spare parts to help it maintain sufficient self-defense capabilities.

Biden also reiterated to Xi his concerns over allegations of Beijing's human rights abuses and its activities that are at odds with the international rules-based order.

Amid the rivalry between the United States and China in the military, economic and technological spheres, the Biden administration has been seeking to ensure that lines of communication remain open so that an intensifying competition does not veer into conflict.

Both presidents viewed the call as "candid and in-depth," Xinhua reported.

On the economic front, the Biden administration has been considering whether to lift tariffs on some Chinese imports in a bid to ease high inflation that has been weighing on the world's largest economy.

The tariffs, imposed by Biden's predecessor Donald Trump amid a tit-for-tat trade war with China, have so far covered around $370 billion worth of Chinese goods.

The U.S. official said Biden did not discuss with the Chinese president "any potential steps" he might take on tariffs.

The Biden administration has been desperate to tackle inflation, exacerbated by higher energy prices on the back of Russia's war, ahead of the November midterm elections as the Democratic president's popularity has declined.

But the decision-making has apparently been complicated by divisions inside the U.S. government as well as opposition from labor unions -- key supporters for Biden -- that believe the tariffs are worth keeping in order to pressure Beijing to change what they view as its abusive business practices.

The last time Biden held talks with Xi was in March, just weeks after Russia's invasion of Ukraine started.

During the video call, Biden warned Xi of the "consequences" Beijing would face if it moves to actively support Russia's war efforts.

The U.S. State Department said earlier this month that Washington has not seen China help Russia systemically evade sanctions imposed by the West, or provide military equipment to Moscow so far, while warning that such actions would be met with a "very steep cost."

The possibility of the first in-person Biden-Xi meeting emerged at one point last year, and was envisioned for the sidelines of the Group of 20 summit in Italy, but Xi decided not to travel to the European country amid the coronavirus pandemic.