From mirin to soy sauce, alcohol is an integral part of Japanese stocks, sauces and other products used to prepare dishes such as soba noodles or nikujaga meat and potato stew.

But that alcoholic component excludes many beyond Japan's shores from trying its cuisine, not least the world's estimated nearly 2 billion Muslims. Now, in a bid to make local specialty Sanuki udon available to more people, Kamada Soy Sauce Inc. in the country's western prefecture of Kagawa is preparing to apply for halal approval for a non-alcohol version of the noodle dish's stock.

The idea came from 28-year-old Arum Tiyas Suminar, an Indonesian woman who did her postgraduate studies at Kagawa University and is now employed at the soy sauce producer in Sakaide.

During her student days, Arum tried to sample a bowl of Sanuki udon at a local restaurant. But it was only when it arrived in front of her that she thought to ask if its soup stock had soy sauce or mirin, sweet cooking rice wine. When the server replied in the affirmative, she had to abandon the meal. 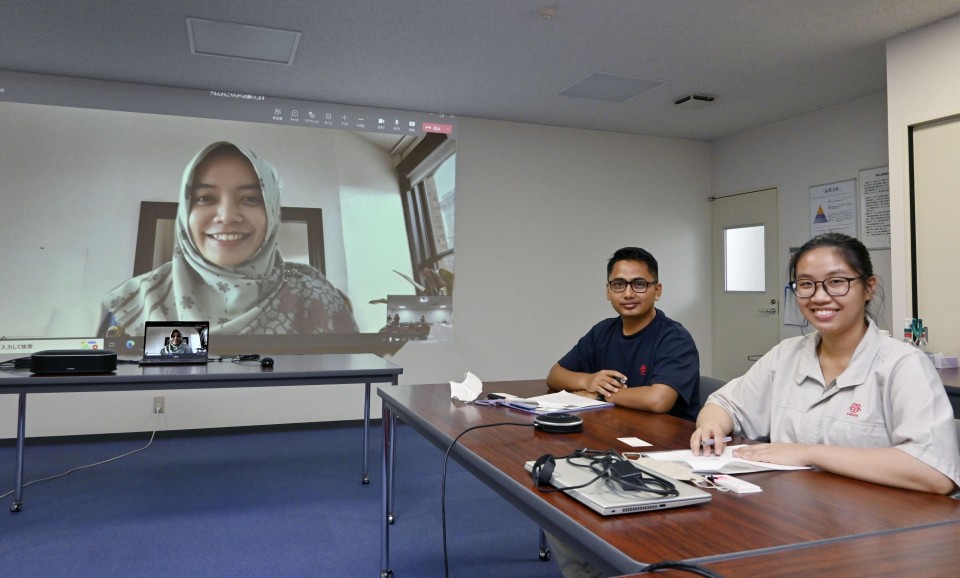 Arum Tiyas Suminar (on screen) and other employees from Kamada Soy Sauce Inc. are seen in Sakaide, Kagawa Prefecture, on July 7, 2022. (Kyodo)

The disappointing experience would have reverberations in her professional life. After completing her postgraduate studies in 2019 and finding a job at Kamada Soy Sauce, Arum set about convincing her colleagues of halal products' importance to Muslim diners and took on the challenge of developing an alcohol-free soy-sauce stock.

The finished product, absent of both alcoholic content and animal-derived substances, uses a carefully balanced recipe of ingredients in place of mirin, too.

Arum's boss in the manufacturing department, Toshinobu Naito, said of her perseverance, "She has a strong drive to pursue what she wants to. It's the best thing when someone like that does the job." 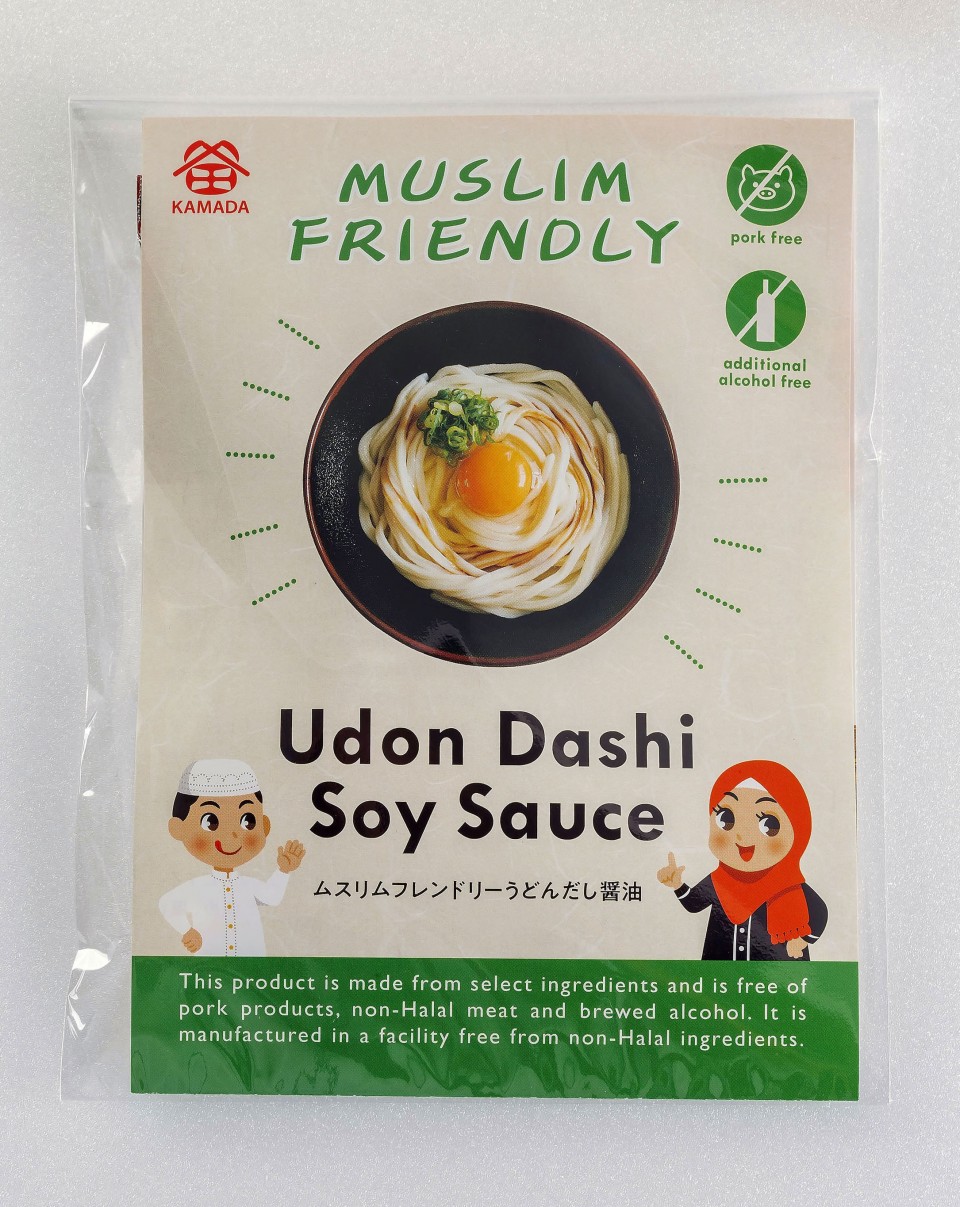 After a series of trial-and-error attempts, the finished product went on sale in 2020 as Muslim-friendly udon dashi soy sauce. Regarding plans in 2023 to get halal certification, Arum said, "Standards for what is halal vary by person, but if we have that seal of approval, then all Muslims can eat it without concern."

Ahead of the application, the company intends to ensure the product meets requirements in Indonesia, which boasts a population of over 200 million Muslims. The process will involve an online application, examination of documents, on-site inspections and a final judgment.

With the worldwide Muslim population expected to exceed 2 billion by 2030, the company sees potential global demand for its products. Even in Japan, more and more businesses are getting halal certification.

"If we can get approval, we'll be able to export to countries with many Muslims," Naito said. Certification will take money and time, but an unbowed Arum said, "In my life, there is no giving up."