The funeral of former Prime Minister Shinzo Abe, who was shot dead while delivering a stump speech last week, was held Tuesday at a Buddhist temple in the heart of Tokyo, with a crowd of people gathered outside the venue while the private ceremony was conducted.

His widow Akie acted as chief mourner during the service at Zojoji Temple, located at the foot of the capital's iconic Tokyo Tower, which was attended by around 200 people including Prime Minister Fumio Kishida. 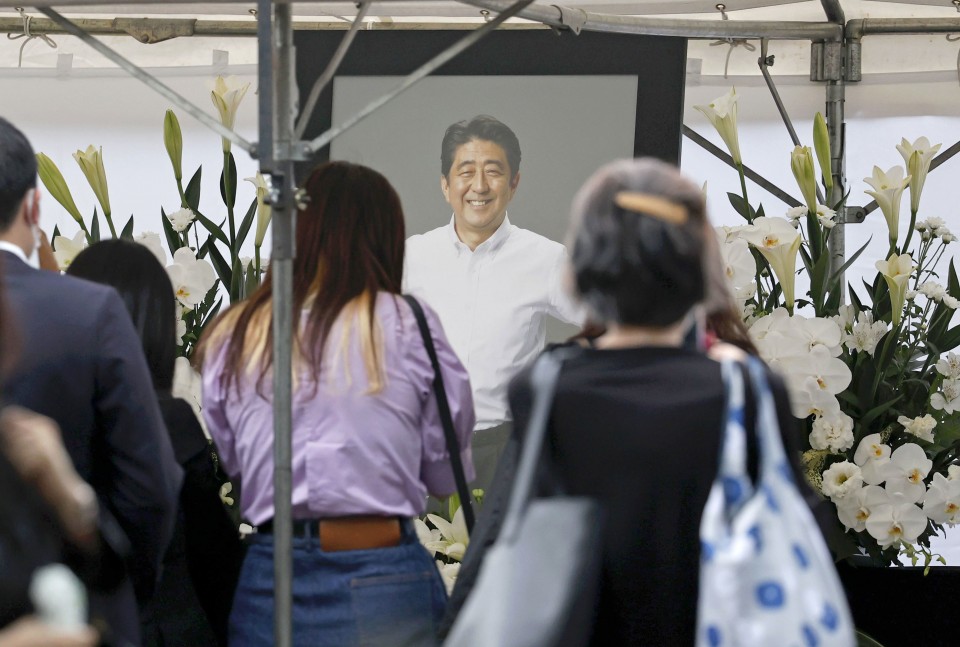 People offer flowers at an altar set up at Tokyo's Zojoji temple on July 12, 2022, ahead of the funeral of former Japanese Prime Minister Shinzo Abe. (Kyodo)

Among those who participated in the funeral were former prime ministers Yoshiro Mori, Yasuo Fukuda and Yoshihide Suga, as well as other lawmakers, such foreign dignitaries as Taiwan Vice President Lai Ching-te and bereaved family members.

"I was able to experience many things thanks to my husband. I am extremely grateful. He always protected me," Akie Abe said.

"I think there were many things he still wanted to complete as a politician, but he lived through spring, summer, fall and winter in his own way and planted many seeds. I believe that these will sprout," she added.

"You were supposed to read my eulogy. It's hard," the 81-year-old said, according to a funeral attendee.

After the funeral, the hearse carrying Abe's body drove past locations related to his political career, including the prime minister's office, the parliament building and the LDP headquarters. People gathered on the roadsides and captured images of the motorcade with their smartphones as it passed.

Mari Iimura, 39, was among a large crowd near the parliament building. The native of Fukushima Prefecture, which was devastated by the March 2011 earthquake, tsunami and nuclear disaster, said, "He worked body and soul for the recovery. I wanted to express my gratitude and see him off one last time."

Before the funeral, members of the public formed long lines outside the temple to offer flowers for the country's longest-serving leader at a table with a photo of a smiling Abe in a white shirt nearby.

Misaki Yoshikawa, 30, who came to pay her respects, said she shook hands with a smiling Abe at a tourist spot in Yamaguchi Prefecture, where the lawmaker's constituency is located. She described him as the sort of politician "who did not make us feel there is a barrier to them."

Stands to place flowers were set up at Abe's office in Shimonoseki, his constituency, as well as at Seikei University in Tokyo, his alma mater.

The wake held Monday at the same temple drew about 2,500 people, according to the party faction led by the former party president. Attendees then included U.S. Treasury Secretary Janet Yellen, who is on an official trip to Japan, Russian Ambassador to Japan Mikhail Galuzin and Toyota Motor Corp. President Akio Toyoda.

Separately, memorial services are scheduled to be held later in Tokyo and Yamaguchi. 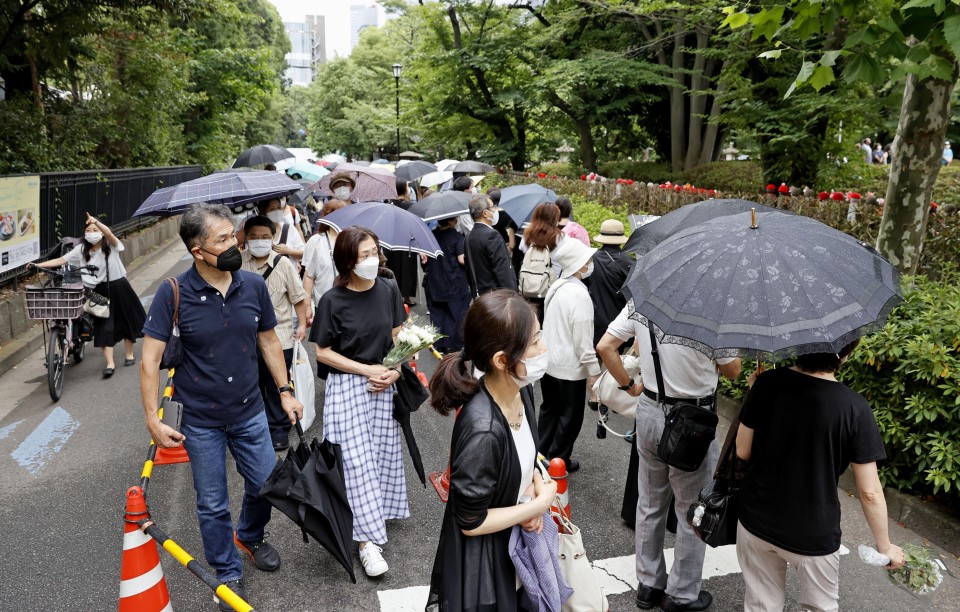 People form a long line to offer flowers at an altar set up at Tokyo's Zojoji temple on July 12, 2022, ahead of the funeral of former Japanese Prime Minister Shinzo Abe. (Kyodo) 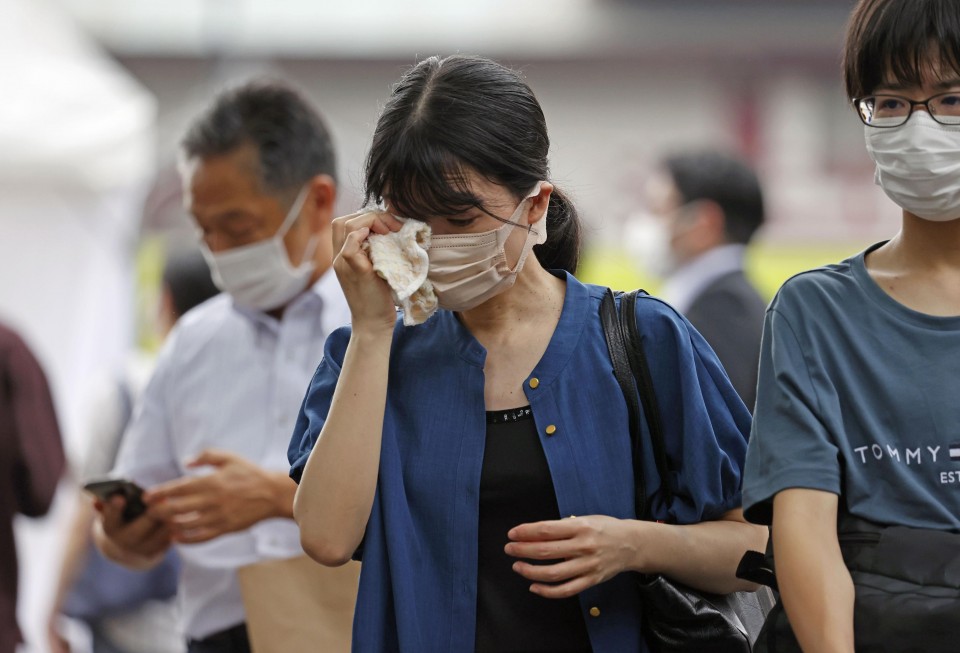 A woman sheds tears after offering flowers at an altar set up at Tokyo's Zojoji temple on July 12, 2022, ahead of the funeral of former Japanese Prime Minister Shinzo Abe. (Kyodo)

"I have discovered again the great achievement former Prime Minister Abe left in diplomacy," Hayashi said at a news conference.

Abe, 67, was shot by a lone gunman on a street in the western city of Nara on Friday while giving a speech for an LDP candidate ahead of last Sunday's House of Councillors election.

According to investigative sources, the shooter has told police he held a grudge against a religious group to which he believed the former prime minister was linked.