As more details of the shooting of Shinzo Abe come out two weeks after his death, some criminal psychology experts believe the suspect tried to highlight issues surrounding a religious group by targeting the former prime minister.

The experts believe the assailant, Tetsuya Yamagami, 41, switched the target of his hatred to Abe from the Family Federation for World Peace and Unification, widely known as the Unification Church, after he was unable to attack the group's leader.

Yamagami has told investigators that his mother's donations to the church financially ruined his family, and his Twitter account, started in October 2019, contains posts saying, "The only thing I hate is the Unification Church," and "The Unification Church's duty is to take all the money they can from families."

It is alleged he had tried to kill the church's leader Hak Ja Han Moon, widow of the group's founder Sun Myung Moon, with a fire bomb during her visit to Japan around that time, according to investigative sources. 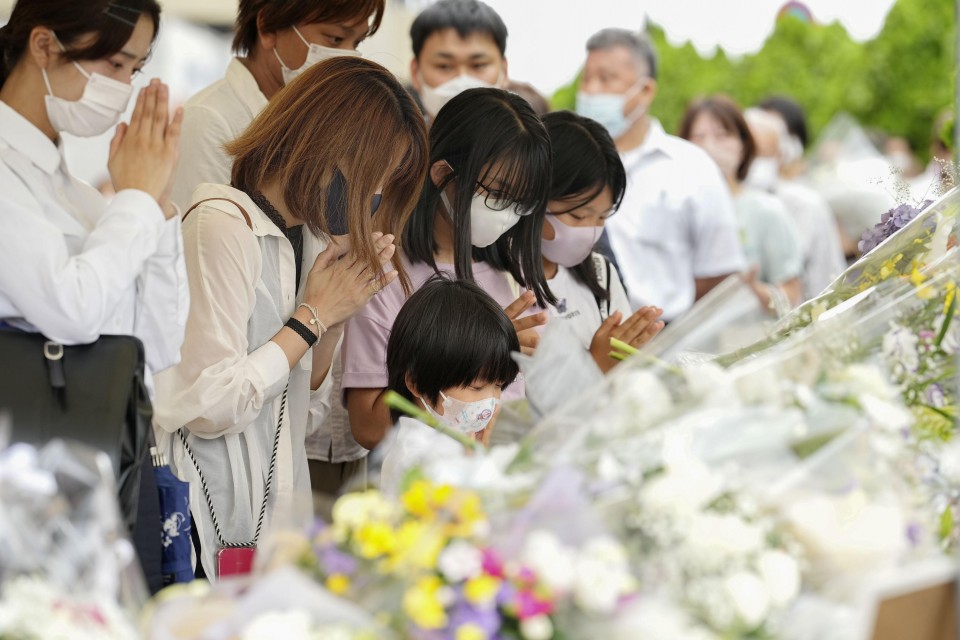 In a letter apparently sent to a critic of the church shortly before the shooting on July 8, he wrote it is "impossible" to kill the church founders' family and Abe was "not my original enemy. He is just one of the most influential sympathizers of the Unification Church in the real world."

Psychiatrist Tamami Katada believes one reason Abe was targeted was that Yamagami was "engulfed by a strong sense of anger that made him think he must take revenge" even if it meant changing his target.

Yamagami has told investigators he thought he would die by the end of July as he had run out of money, so he decided to kill Abe. He showed no signs of trying to evade arrest immediately after the shooting in Nara, western Japan.

"He may have fallen into desperation and thought attacking Mr. Abe was the only way to get back at the Unification Church, while also drawing criticism against the organization," Katada said.

A relative of the suspect said Yamagami's mother, who lost her husband in 1984, joined the Unification Church around 1991 and donated 100 million yen ($726,000) in total. The family subsequently struggled financially, forcing Yamagami to give up hope of studying at university.

Yamagami's tweets also said, "I've strived for my mother," and "It only makes me miserable seeking her love."

Katada interprets them as reflecting he was torn between conflicting feelings of love and hate for his mother that stopped him from attacking her.

Hideo Okamoto, criminal psychology professor at Nara Women's University, said Yamagami wanted someone to sympathize with him but found no one to discuss his problems, and that may have deepened his isolation.

Okamoto pointed out that Yamagami may have been prepared for his own death.

"He may have been pessimistic about his life believing he remains unrewarded no matter what he does," Okamoto said. "He probably tried to fulfill his 'unsatisfied desire' by attacking an influential figure."

Yamagami shot Abe as the former prime minister was delivering a stump speech on a street outside a train station. Yamagami was arrested at the scene where police found a homemade gun.

The Unification Church, founded in South Korea in 1954 and known for its group weddings, has a controversial reputation in Japan, where it claims to have about 600,000 followers.

It has in the past been the subject of a series of complaints claiming the church forced people to buy expensive pots and seals.