Typhoon Aere was moving north in the East China Sea on Monday but is projected to move eastward, possibly bringing torrential rains to Kyushu and other western parts of the country through Wednesday, according to the Japan Meteorological Agency. 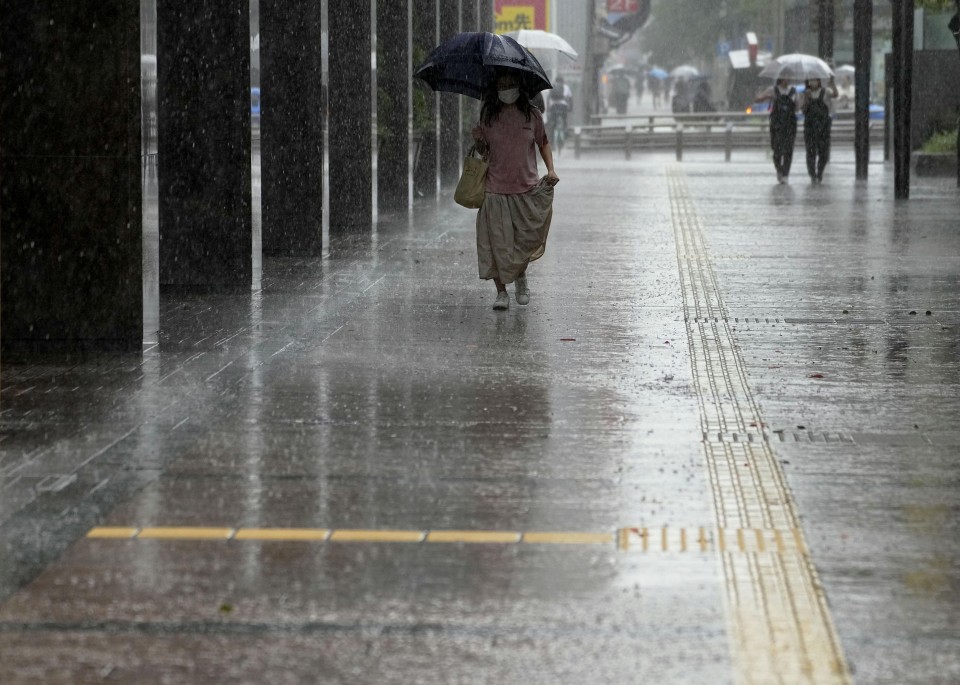 Heavy rain falls in Fukuoka, southwestern Japan, on July 4, 2022. Typhoon Aere is expected to make landfall in the Kyushu region a day later, possibly causing landslides and flooding, according to the weather agency. (Kyodo) ==Kyodo

In Kyushu, the city government of Nichinan, Miyazaki Prefecture, urged more than 16,000 people to evacuate due to increased risks of landslides, though there have been no reports of damage in the city caused by heavy rain in the morning.

The typhoon had an atmospheric pressure of 996 hectopascals at its center and was packing winds of up to 90 kilometers per hour as of Monday noon, the agency said.

Up to 200 millimeters of rainfall is projected in the 24 hours through Tuesday morning in southern Kyushu and Shikoku.