The cutting of bushes and fruit trees has proved effective in reducing the appearance of bears in Sapporo, the capital city of Japan's northernmost main island of Hokkaido.

With brown bears repeatedly spotted in Sapporo, students at Tokai University's Sapporo Campus began cutting bushes in a neighborhood park earlier this year in cooperation with local residents, as part of efforts to minimize encounters with bears. 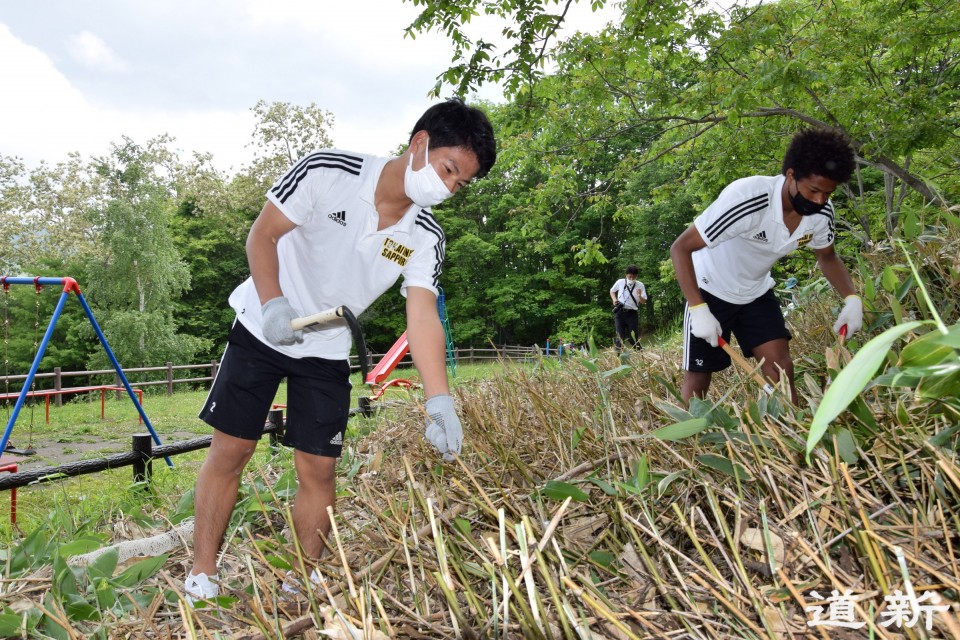 In June, around 30 students and university officials carrying bear bells cut bushes to reduce hiding places for bears in Minamisawa Swan Park, which is adjacent to woods.

Tatsuki Watanabe, leader of the students, said they will continue the bush cutting to help create an environment in which people and bears can coexist. Cutting fruit trees is another effective way to control bears, and some citizens' groups are engaged in cutting them down on former farmland.

According to EnVision Conservation Office, a nonprofit organization for wildlife conservation based in Sapporo, bear appearances on former farmland in Sapporo's Minami Ward fell from 44 in fiscal 2019 to almost zero after fruit trees were cut down.

Eco Network, a citizens' group for environmental protection in Sapporo, began felling fruit trees on former farmland in 2020, with eight cherry trees removed in its latest effort in June. "Removal of fruit trees has proven effective in controlling bear appearances in residential areas," said an official of the group.