Japan's daily COVID-19 cases on Wednesday topped 150,000, setting a new record high, according to a Kyodo News tally, as the country grapples with its seventh wave of coronavirus infections spurred by the highly transmissible BA.5 Omicron subvariant.

A record number of daily cases were reported in around 30 of Japan's 47 prefectures, including Kanagawa, Aichi, Osaka, Hyogo and Okinawa. Tokyo confirmed 20,401 new cases, the first time the capital has seen cases top 20,000 since early February. 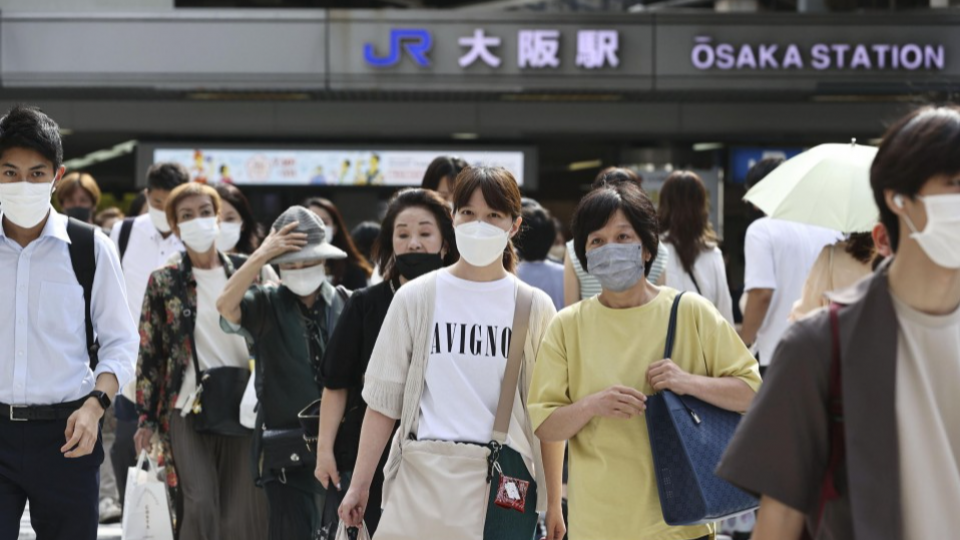 People wearing masks for protection against the coronavirus walk in Osaka's Umeda area on July 20, 2022. (Kyodo)

Tokyo last reported an excess of 20,000 cases on Feb. 5, when it reported 21,110 cases. Four deaths were also reported Wednesday, the metropolitan government said.

As the cases continue to mount, Tokyo Gov. Yuriko Koike vowed to strengthen coordination with hospitals and medical staff, saying, "We will ask recovered patients to leave the hospital as soon as possible" to make room for new patients.

At a press conference, Chief Cabinet Secretary Hirokazu Matsuno reiterated that the central government will not impose movement restrictions despite a surge in cases across the country.

"We will do our utmost to support the health care system and prioritize protecting elderly people exposed to a higher risk of severe symptoms," he said.

Meanwhile, health minister Shigeyuki Goto has said that while no restrictions are necessary at the moment, the government "may resort to effective and powerful measures, including restricting people's movements, if hospital bed occupancy rates are expected to approach their limits."

Kanagawa Prefecture, near Tokyo, said the daily tally climbed to a record 11,443, exceeding the 10,000 mark for the first time. The number in Aichi Prefecture, central Japan, almost doubled to 13,628 from the previous record of 7,269 set Saturday.

The surge in cases came as Japan approaches the summer holiday season. More people are expected to travel from late July to August as schools close and company employees take summer vacations, potentially increasing the risk of more widespread infection.

"It feels like the pandemic never ends," said Fukuko Nakamura, a 70-year-old cleaner in Fukuoka, southwestern Japan. "I can't really talk with my coworkers during work. It's stressful."

Infection cases in the country had been kept relatively low until mid-June but started to shoot up recently as BA.5 rampaged through the country.

Shigeru Omi, the government's top COVID-19 adviser, said last week that Japan has entered its seventh wave of infections but also said there is no need to impose restrictions on people's movements for now. 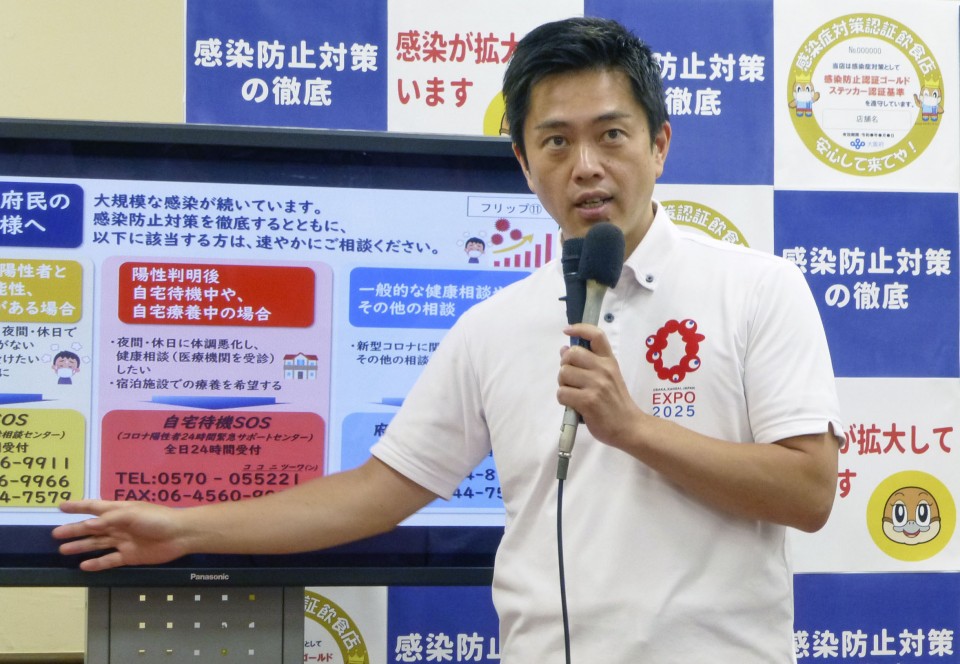 Osaka Gov. Hirofumi Yoshimura speaks at a press conference at the prefectural headquarters in Osaka on July 20, 2022, about measures against the coronavirus. (Kyodo) ==Kyodo