KDDI Corp., one of Japan's top three carriers, said Saturday its mobile customers have been facing difficulties making calls and getting online for over half a day, with the disruption of its nationwide networks also impacting services from banking and transmission of weather data to parcel deliveries.

The "au" mobile brand operator said work to restore the networks continues after the disruption began at around 1:35 a.m., but no time frame for a resumption of services has been provided. 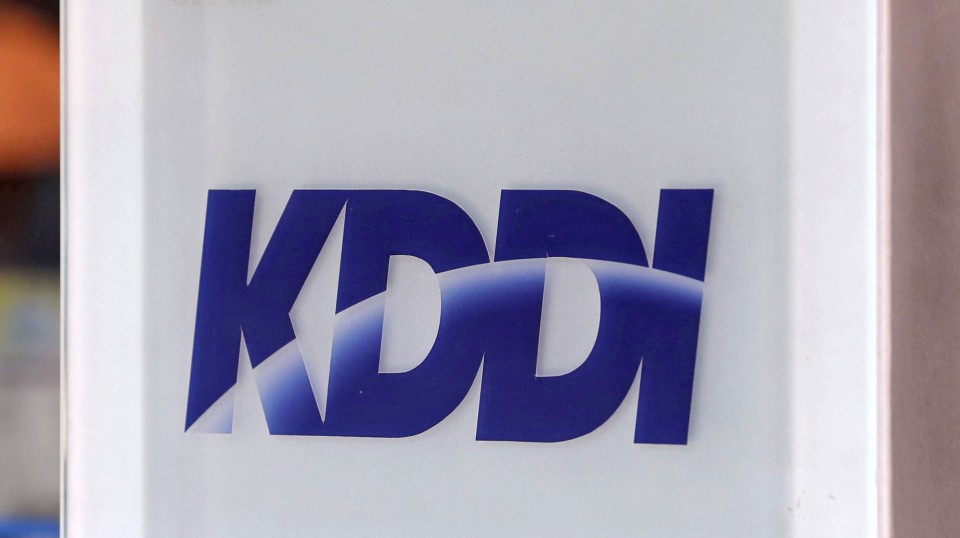 The trouble, which the company said is due to a failure with its voice call system, has also affected its low-cost UQ Mobile brand and its lower-priced "povo" wireless customers, as well as other firms using KDDI's networks.

KDDI apologized and said it is still investigating the number of users who complained about being inconvenienced. As of March, its infrastructure has around 62 million mobile subscriptions, with individual contracts for the au, UQ Mobile and povo brands accounting for about 31 million users. 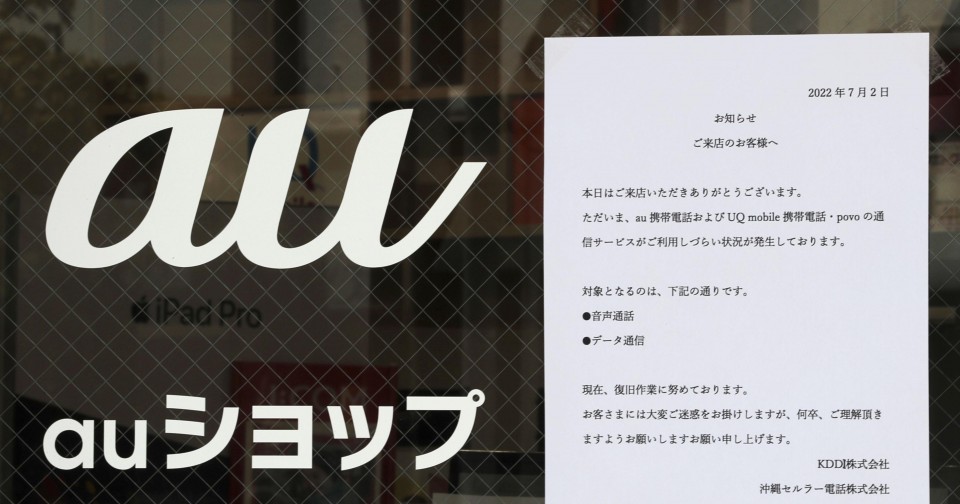 Photo taken on July 2, 2022, shows a notice on network troubles at a retail shop of major Japanese mobile carrier KDDI Corp. in Tokyo. KDDI's "au" mobile service was disrupted following network troubles earlier in the day, with customers across Japan unable to make calls and connect to internet. (Kyodo) ==Kyodo

The communications ministry ordered KDDI to restore its services as soon as possible, given that a typhoon is approaching Okinawa and the Kyushu region in southwestern Japan that could bring torrential rain and cause floods.

The ministry has yet to classify the disruption as a "serious incident." Japan's telecommunications business law stipulates that the government can apply the label if 30,000 people or more who use services capable of dialing emergency numbers, such as 110 or 119, are affected for an hour or longer.

The label requires a report on the issue's cause within 30 days.

Users of Rakuten Mobile Inc. and Jcom Co.'s low-cost mobile services have also been affected as their services use KDDI's lines.

The Japan Meteorological Agency said it could not transmit some data on temperatures and other weather conditions and is not sure when the service will be restored.

A regional bank in Gifu Prefecture reported disruption with some of its automated teller machines. Ogaki Kyoritsu Bank said that of its 212 ATMs outside bank premises, such as at stations in Gifu and nearby prefectures of Aichi, Mie and Shiga, 190 could not be used, but ATMs in convenience stores and its branches remain unaffected.

Local governments and fire departments, including from the western city of Kyoto and the city of Saitama, north of Tokyo, called on the public to use a landline or public telephones to dial 119 for fire or ambulance services.

The disruption has prompted customers to flood Twitter with their frustration at being unable to make phone calls or get data connections, with some complaining they cannot leave home.

Japan's largest mobile carrier by subscribers, NTT Docomo Inc., suffered a system failure in October and was issued an administrative order to prevent a recurrence. The disruption, lasting around 29 hours and affecting at least 12.9 million users, was labeled a serious incident by the communications ministry.