Arrivals in the month of 120,400 were more than 10 times those of June 2021, but still down 95.8 percent from the same month in the pre-pandemic year of 2019, according to the Japan National Tourism Organization. 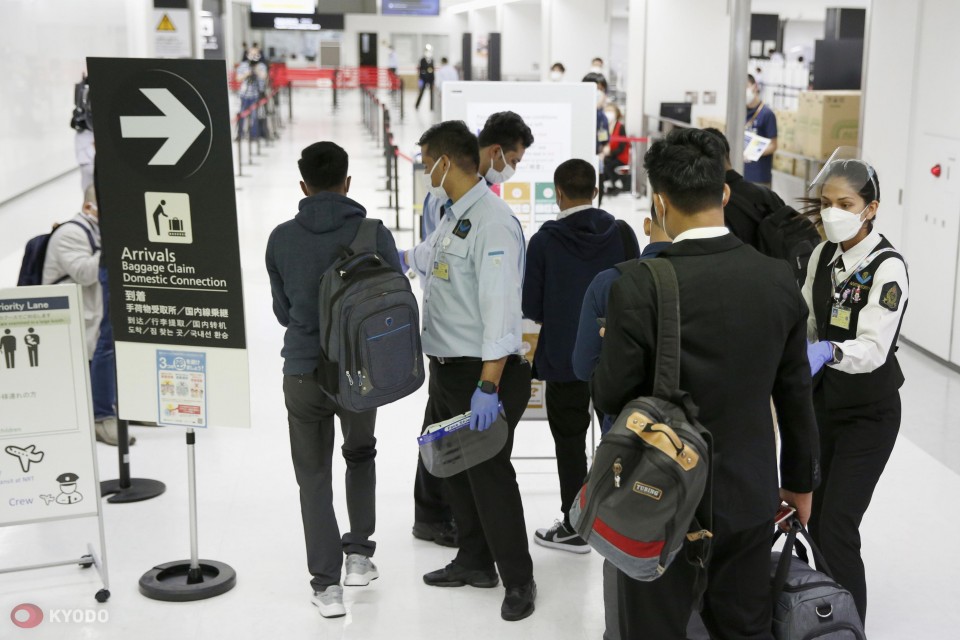 People walk to a quarantine inspection station at Narita airport near Tokyo on June 1, 2022. (Kyodo)

Japan opened its doors to small-scale tours in June, but only 252 tourists entered the country in the month, it said. A further 14,580 have applied to enter the country in July or later, according to the JNTO.

Last month Japan increased its overseas arrival cap to 20,000 per day and reopened five regional airports to international arrivals, in addition to major hubs such as Narita, Haneda and Kansai, which had already been accepting flights from abroad.

In June, the largest number of arrivals came from Vietnam at 22,900, followed by China at 14,700, South Korea at 11,200 and the United States at 9,700, the data showed. Most arrivals are likely to have come as technical interns, businesspeople, or international students.

As the government of China has instructed its citizens to refrain from unnecessary travel, it has been virtually impossible for Chinese tourists to come to Japan, the JNTO said.

The Japanese government has divided countries and regions into three groups, with travelers in the lowest-risk "blue" group permitted to enter Japan on guided tours and are exempt from quarantine and testing upon arrival if they show proof of a negative pre-departure test result.

The number of Japanese citizens going overseas in June was about 5.6 times higher than a year earlier at 171,500 but was down 88.7 percent from June 2019.

Despite the country's COVID-19 cases hitting a record of over 150,000 on Wednesday due to the spread of the BA.5 Omicron subvariant, the Japanese government is not considering restricting people's movement.