The Association of Southeast Asian Nations has condemned the execution by Myanmar's military junta of four people, including an ally of ousted civilian leader Aung San Suu Kyi.

The issue, related to the 2021 coup that plunged the nation into turmoil, is likely to draw attention when foreign ministers of the Association of Southeast Asian Nations and its dialogue partners such as Japan, China and the United States meet in Cambodia next week.

"ASEAN denounces and is strongly disappointed by the execution of four opposition activists" on Saturday, despite calls by Cambodia, this year's ASEAN chair, and other ASEAN members on the junta not to carry out the executions, the Cambodian government said in a statement dated Monday. 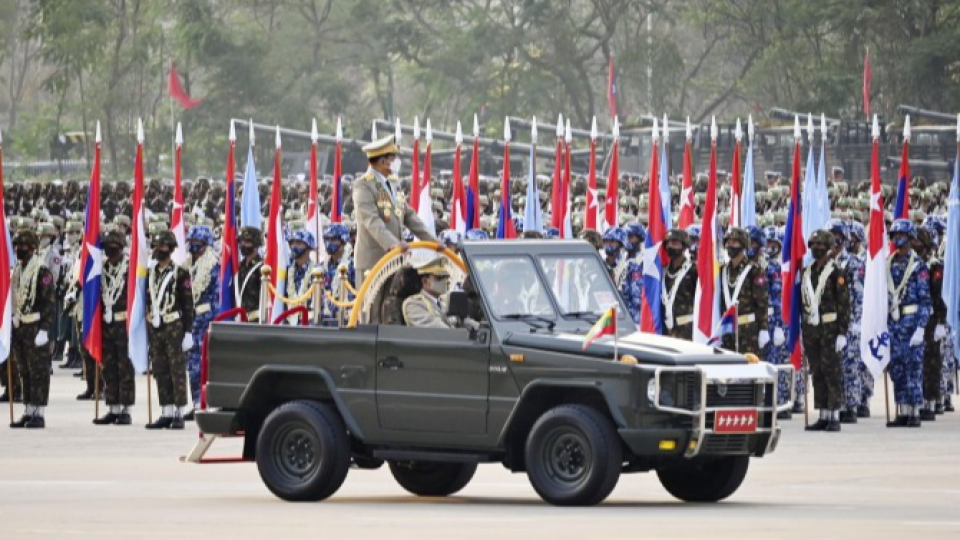 Cambodia, in a statement, said the executions are "highly reprehensible" as they set back efforts, particularly by the ASEAN chair, to expedite progress on implementation of the so-called Five-Point Consensus to seek peace in Myanmar through dialogue rather than violence.

"While the complexity of the crisis is well recognized and the extreme bellicose mood can be felt from all corners of Myanmar, ASEAN as a whole has called for utmost restraint, patience and efforts to avoid escalating the situation," the statement said.

"We strongly and urgently call on all parties concerned to desist from taking actions that would only further aggravate the crisis, hinder peaceful dialogue among all parties concerned, and endanger peace, security and stability, not only in Myanmar, but the whole region," it said.

There had been no executions of political prisoners in Myanmar since the 1970s, with the most recent instance of capital punishment occurring in 1990, according to local media.

Myanmar courts are now under military control and court hearings have been closed to the public, leading critics to question the impartiality of the judicial process.

The Cambodian statement said that ASEAN "remains resolved to assist Myanmar's return to normalcy and democratic transition and to find a peaceful political solution to the current crisis through inclusive dialogue that is Myanmar-led and Myanmar-owned," in line with the Five-Point Consensus and the ASEAN Charter.