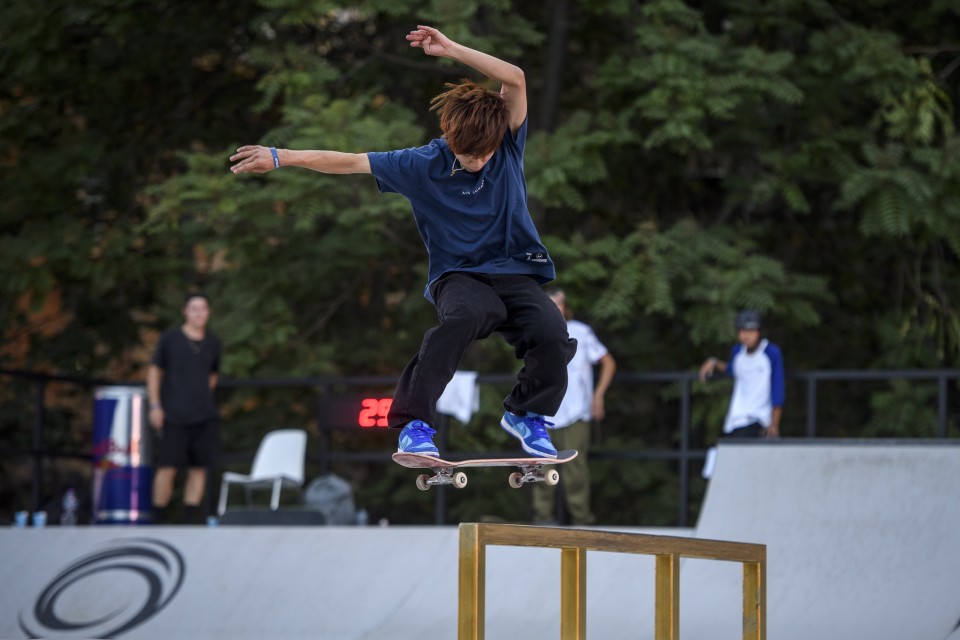 Yuto Horigome of Japan in action during the men's semifinal of the World Skate Street Skateboarding championships on July 2, 2022, in Rome. (Getty/Kyodo)

Horigome, who finished the quarterfinals in 11th place, scored 87.39 with the second of his two runs followed by solid scores from the first two of his five tricks.

"I was able to skate well," the 23-year-old said. "Going for it with my best tricks was part of my game plan. It's a positive that I felt good executing them."

Horigome was at his creative best in his mistake-free second run which included his trademark nollie backside 270, although he appears to be dealing with a leg injury ahead of Sunday's final.

"I don't know how things will be tomorrow. I want to use some techniques that I haven't shown yet in the final," he said.