U.N. disarmament chief Izumi Nakamitsu has stressed the need to reaffirm the Nuclear Non-Proliferation Treaty as a pillar of the global security system following Russia's threat to use nuclear weapons in its war against Ukraine, as nations gather for the pact's review conference from Monday.

In a recent interview with Kyodo News, the U.N. undersecretary general and high representative for disarmament affairs said she will pursue concrete results in the areas of nuclear risk reduction measures and the peaceful use of nuclear energy during the talks at the U.N. headquarters in New York. 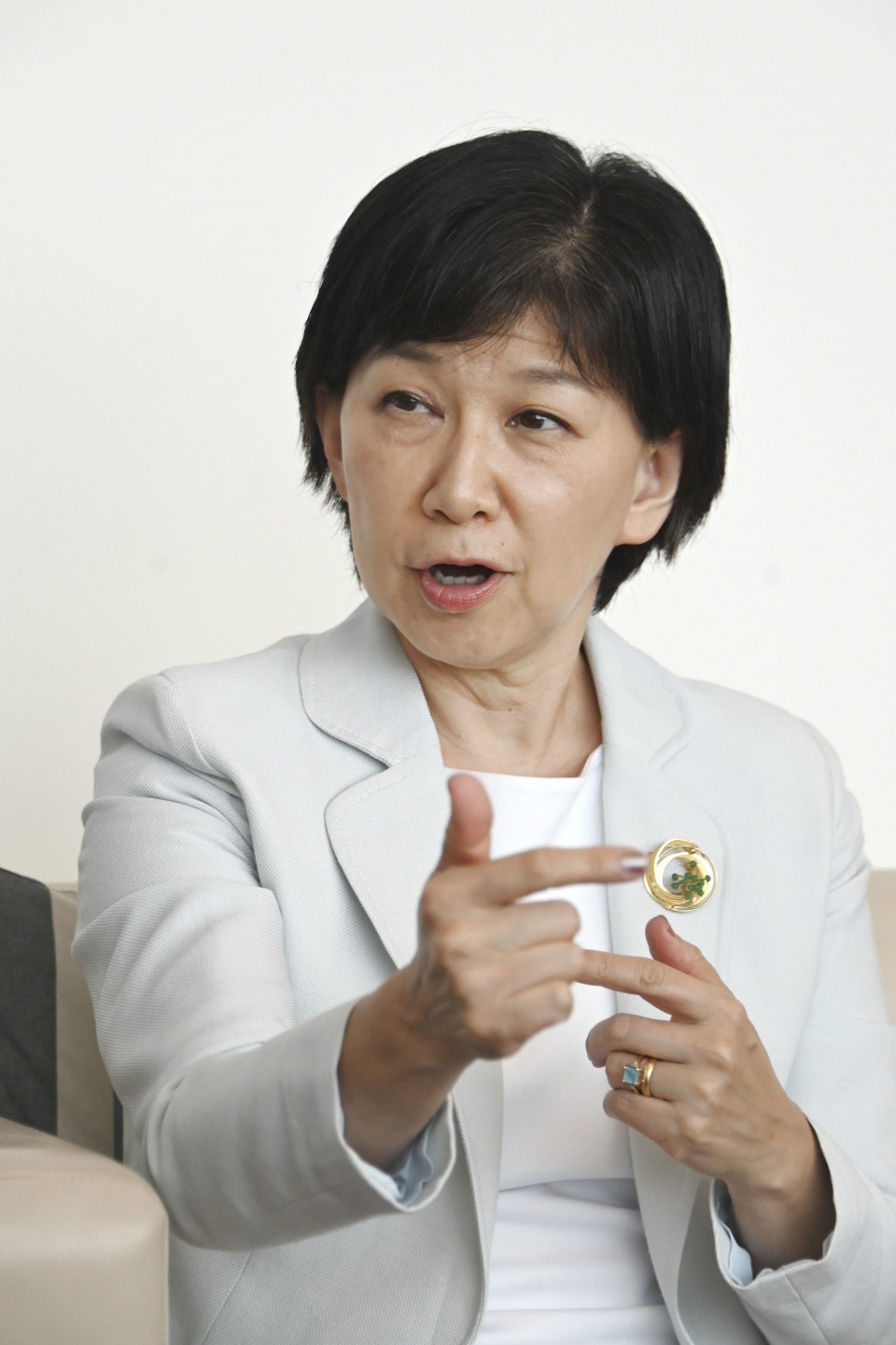 The last NPT review conference in 2015 ended without issuing a consensus document due to disagreements between nuclear and non-nuclear states.

It is feared a back-to-back failure to adopt an outcome document would badly affect the NPT regime, which underpins global efforts toward nuclear disarmament and nonproliferation.

Nakamitsu acknowledged that the environment surrounding the upcoming review conference is "pretty difficult" as divisions are deepening among nuclear weapons states, such the United States, China and Russia. But that does not mean the conference stands no chance of success, she said.

Saying all parties to the treaty acknowledge that the threat of nuclear weapons needs to be reduced, the disarmament chief indicated it is still possible to reach an agreement to reaffirm the non-use principle regarding nuclear weapons.

With regard to the first meeting of parties to the Treaty on the Prohibition of Nuclear Weapons held in the Austrian capital Vienna in June, Nakamitsu expressed her desire to use it as a "tailwind" as she found the meeting to have "maintained the momentum for nuclear disarmament in the arena of multilateral diplomacy."

The 2000 review conference adopted a final document in which nuclear weapons states pledged an "unequivocal undertaking" to "accomplish the total elimination of their nuclear arsenals leading to nuclear disarmament." But disarmament has not made progress since then and would be a focal point of the August meeting, Nakamitsu said.

While the high representative said she is aiming for a comprehensive final document including specific measures, she also indicated a flexible approach, such as formulating a consensus document for each issue on which countries can agree, depending on the status of discussions.

Meanwhile, heated exchanges are expected among participants over the war in Ukraine, with Russia also scheduled to attend the conference. Nakamitsu has called for countries to search for common ground to reach an agreement, rather than just engage in an endless exchange of accusations.

Nakamitsu expressed hope that Prime Minister Fumio Kishida, elected from a constituency in Hiroshima that was devastated by a U.S. atomic bombing in 1945, will play a proactive role as a bridge between nations with differing stances when he becomes the first Japanese premier to attend such a meeting.

The four-week conference was initially scheduled for 2020 but was postponed due to the COVID-19 pandemic. Involving both nuclear and non-nuclear states, as well as survivors of atomic bombings and civic groups, the conferences were held every five years from 1975 to 2015.

The NPT, which went into force in 1970, recognizes only the five permanent members of the U.N. Security Council -- Britain, China, France, Russia and the United States -- as nuclear powers, and requires them to commit to nuclear disarmament talks.

While the rest of the 191 parties to the pact are barred from possessing nuclear weapons, the treaty guarantees their right to use nuclear energy for peaceful purposes. Other known nuclear weapons states such as India, Israel and Pakistan are not party to the pact.