The Unification Church, at the center of growing public scrutiny over former Prime Minister Shinzo Abe's assassination, on Sunday corrected remarks that it has had "no trouble" with its followers since 2009.

A group of lawyers had criticized the comments made by Tomihiro Tanaka, president of the Japan branch of the church, at a press conference last Monday, underscoring that the church has been facing a series of requests for returning donations even after 2009. 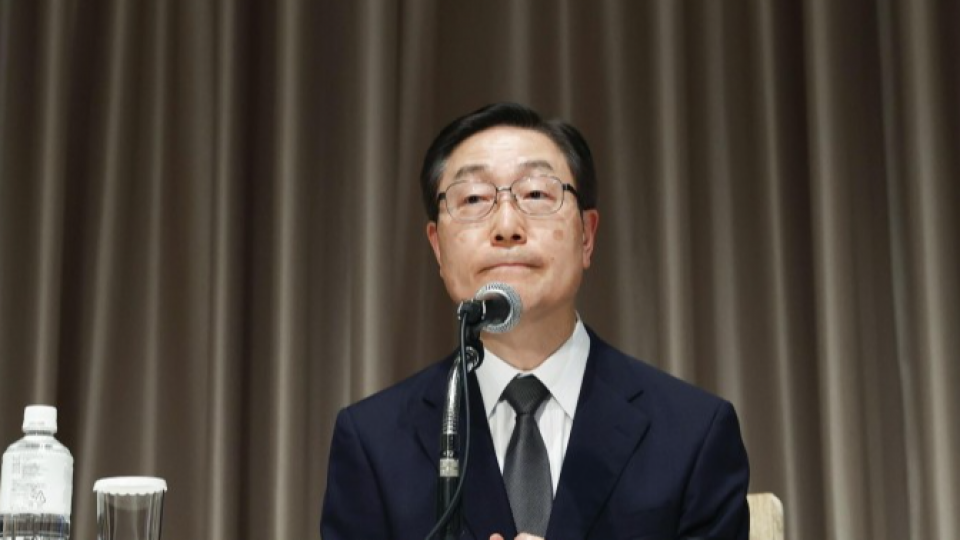 Tomihiro Tanaka, president of the Japan branch of the Family Federation for World Peace and Unification, widely known as the Unification Church, attends a press conference in Tokyo on July 11, 2022, saying that the mother of a man who fatally shot former Japanese Prime Minister Shinzo Abe on July 8 is a follower of the religious group. Investigative sources said earlier the man harbored a grudge against the group as his mother had made a "huge donation." (Kyodo) ==Kyodo

"We meant we've achieved certain results through our compliance system. It doesn't mean we have no trouble. We apologize for having caused misunderstanding due to our poor wording," said the Family Federation for World Peace and Unification, widely known as the Unification Church, in a statement.

Tetsuya Yamagami, who was arrested after Abe was fatally shot during a street speech in the western city of Nara on July 8, has told investigators that his mother's donations to the church ruined his family's finances. His uncle says they totaled about 100 million yen ($720,000).

Yamagami has also said he harbored a grudge against the church for more than 20 years and killed Abe as he believed his grandfather, former Prime Minister Nobusuke Kishi, had invited the religious group to Japan from South Korea, according to investigators.