The International Monetary Fund on Tuesday projected global economic growth will slow to 3.2 percent in 2022, cutting the outlook by 0.4 percentage point from its April forecast as Russia's war against Ukraine drives up inflation worldwide and China's COVID-19 lockdowns lead to a worse-than-expected slowdown.

With the United States, China and other major economies facing downgraded outlooks, Japan's growth in 2022 and 2023 was also expected to be 0.7 point and 0.6 point lower than earlier estimated as the latest figures showed 1.7 percent for both years, according to an update of the semiannual World Economic Outlook report.

Painting a gloomy picture for the global economy, IMF chief economist Pierre-Olivier Gourinchas told a press conference that the risks, including stubbornly high inflation, are "overwhelmingly tilted to the downside" and that "the world may soon be teetering on the edge of a global recession."

Downside risks discussed in the April report, which was released after Russia's invasion of Ukraine began in February, are now materializing including high energy, food and other prices, prompting the central banks of major advanced economies to raise policy interest rates faster than expected, the IMF said. 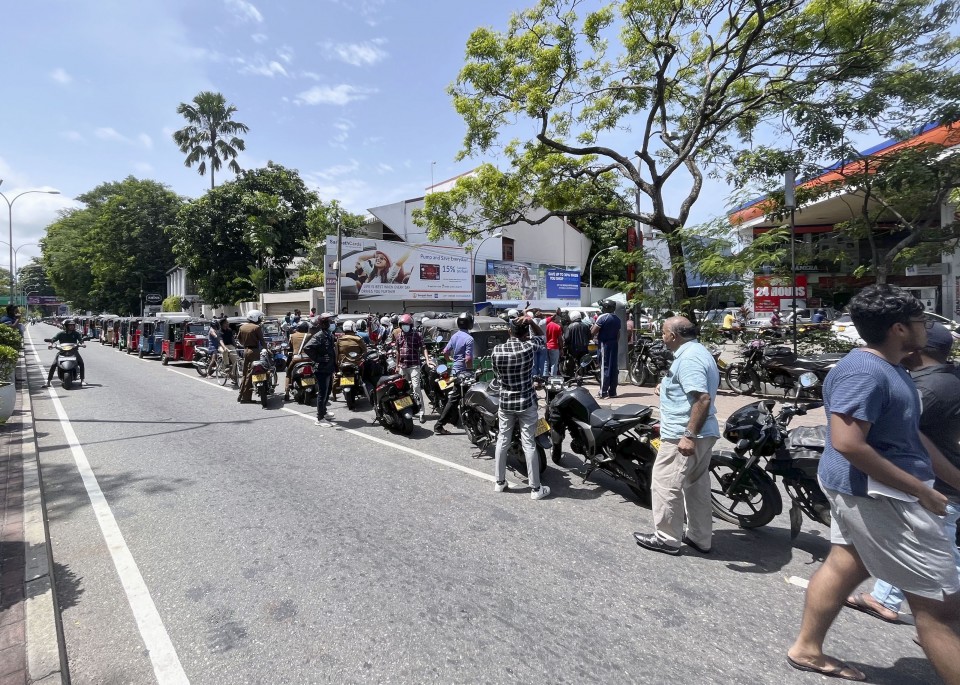 Global gross domestic product next year will only expand 2.9 percent, a 0.7-point downgrade. In 2021, the world economy grew 6.1 percent amid a recovery from the downturn caused by the coronavirus pandemic.

Projected growth for the U.S. economy was revised down by 1.4 and 1.3 points in 2022 and 2023, respectively, to 2.3 percent and 1.0 percent, due to significantly reduced momentum in private consumption amid inflation and the expected impact of a steeper tightening in monetary policy, according to the IMF.

Latest forecasts also indicate that the United States will see its real GDP expand only 0.6 percent in the fourth quarter of 2023 on a year-on-year basis, which will make it "increasingly challenging to avoid a recession," it said.

China's growth outlook for 2022 was revised down by 1.1 points to 3.3 percent -- the lowest growth in more than four decades, excluding the initial COVID-19 crisis in 2020 -- largely owing to coronavirus outbreaks and mobility restrictions under its radical "zero-COVID" strategy.

The world's second-largest economy is projected to grow 4.6 percent in 2023, with the country expected to recover from lockdowns in the second half of 2022. But the figure is 0.5 point down from the April projection.

The growth of the euro area, also hit by higher energy prices and other negative fallouts of the war, was revised down by 0.2 point to 2.6 percent in 2022 and by 1.1 points to 1.2 percent in the following year.

On Japan's downgrade, another IMF official said worsening external conditions, with key trade partner China and other major economies slowing down, are weighing on exports and that inflation has put downward pressure on consumption.

"Overall, this is quite a sizable downgrade for Japan," he said at the press conference. The forecasts showed the world's third-largest economy growing by 1.7 percent annually for three consecutive years from 2021.

Global trade growth in 2022 and 2023 will also likely slow by more than previously expected, with the figure expected to stand at 4.1 percent and 3.2 percent, respectively, reflecting the decline in global demand and supply chain problems.

The dollar's appreciation in 2022, which the IMF says was by about 5 percent in nominal effective terms as of June compared with December 2021, is also likely to have slowed world trade growth, considering such factors as the dollar's dominant role in trade invoicing.

The IMF also laid out a "plausible alternative scenario," in which the war in Ukraine leads to a full stop in European gas imports from Russia, inflation is difficult to tame and other risks materialize.

In that case, global growth could decelerate further to about 2.6 percent this year and 2 percent next year, the report said, noting that on only five occasions since 1970 has global growth been lower than 2 percent.

"The risk of recession is particularly prominent in 2023, when in several economies growth is expected to bottom out, household savings accumulated during the pandemic will have declined, and even small shocks could cause economies to stall," the IMF said.