Harassment and other abuses of foreign trainees in Japan are mounting, arousing criticism that the supervisory agency in charge of the government-sponsored technical internship program has failed in its role to oversee the program.

According to support groups, investigations into companies that accept foreign trainees have been insufficient at best, while, years after the program's inception, there is still no viable framework available to lend trainees a helping hand. 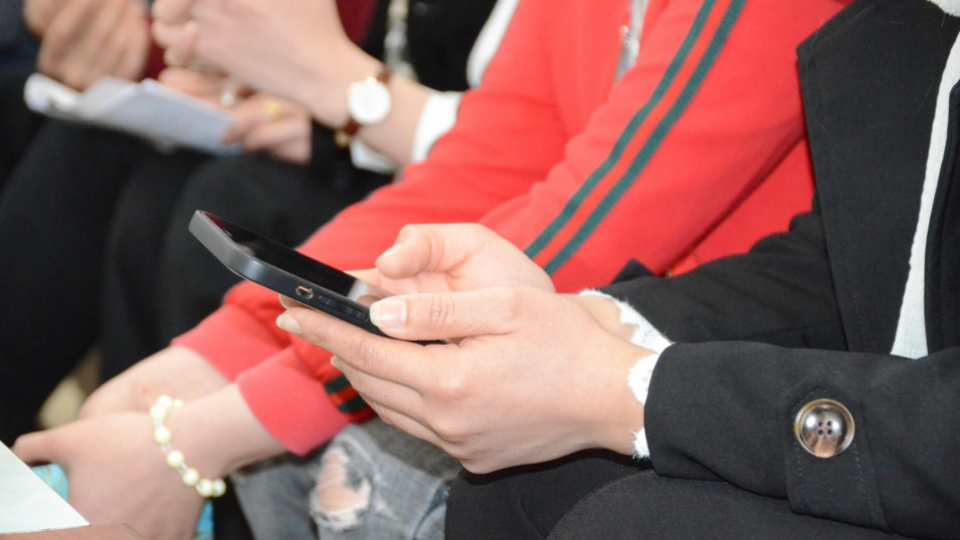 A Vietnamese technical intern (front) reads aloud a script from a smartphone at a press conference held in the Miyagi prefectural government building in Sendai in April 2022. The person requested that their face not be shown. (Kyodo)

At a press conference held in the Miyagi prefectural government building in Sendai in April, three Vietnamese women complained that they had been scolded loudly by their superiors and were not paid for labor they had done before they officially began working at a fishery processing company in the prefectural city of Ishinomaki. In February, they said, they were urged to quit by their employer.

The three came to Japan in October 2019 and began working at the company under the internship program, which is aimed at transferring skills to developing countries. The program, however, is often criticized as a cover for companies to import cheap labor from other Asian nations.

"I am struggling to survive as I have no income," one of the women said. "I want to work in a happy environment," added another.

According to the union, when the three asked for advice from the Sendai office of the Organization for Technical Intern Training, which oversees the internship program, they were effectively told by an OTIT official to quit the union to get their jobs back.

The union protested, calling the request a violation of the right of workers to join a labor union, and the OTIT later admitted the advice was inappropriate. In early June, the OTIT finally told the Vietnamese women that they would be allowed to change jobs.

The OTIT, which is supposed to conduct on-site inspections of companies and supervising organizations and protect trainees' human rights, was established jointly by the Justice Ministry and Labor Ministry in 2017 to ensure the smooth running of the internship program. Instead, many argue it has all but shirked its responsibilities to the trainees.

According to the Justice Ministry, some 276,000 foreigners were employed in Japan under the training program at the end of 2021. Vietnamese accounted for 58.1 percent of the total, followed by Chinese at 13.6 percent and Indonesians at 9.1 percent.

In fiscal 2020, the OTIT received some 13,300 consultations by foreign trainees in their native languages, 3,210 of which were about "management-related" problems such as bullying and harassment -- roughly double the amount from the previous year.

As foreign trainees often become heavily indebted in their home countries after paying agents to arrange their participation in the internship program, they cannot easily return even if their working conditions in Japan prove unfavorable.

According to Posse, a Tokyo-based nonprofit organization dealing with labor problems, a Cambodian man "disappeared" from a construction site in the Kanto region in December 2020 after working without pay and visited the OTIT's Tokyo office to seek temporary shelter. But the office put off providing him with support to determine whether he was "in need" of shelter. Posse felt compelled to step in to find the man a place to live.

"The OTIT should protect trainees but is slow to act. Municipal and other local governments close to them should upgrade their consultation services," said Makoto Iwahashi, 32, a Posse consultant.

However, an OTIT public relations official countered that local nonprofit supervising organizations, which act as intermediaries in the employment of the foreign trainees, have a duty to support them "until the last moment." The official said only when such support is found wanting does the OTIT provide assistance.

The OTIT is sluggish from the viewpoint of protecting workers' rights, said Wako Asato, an associate professor at Kyoto University, who is familiar with labor problems involving foreign workers. This is despite the fact that its "primary duties are certifying company training programs and screening supervising organizations."

"The OTIT needs to improve its expertise and be prepared to tackle labor issues related to trainees from a more equitable standpoint," he said.