Japan's Ayaka Furue fired an opening-round 8-under-par 63 Thursday to lead by one shot at the Evian Championship, the fourth major of the women's golf season.

Furue, who is eyeing her first major title, has won seven times on the Japanese Tour and is a rookie on the U.S.-based LPGA Tour. Last year, she finished fourth at the Evian. 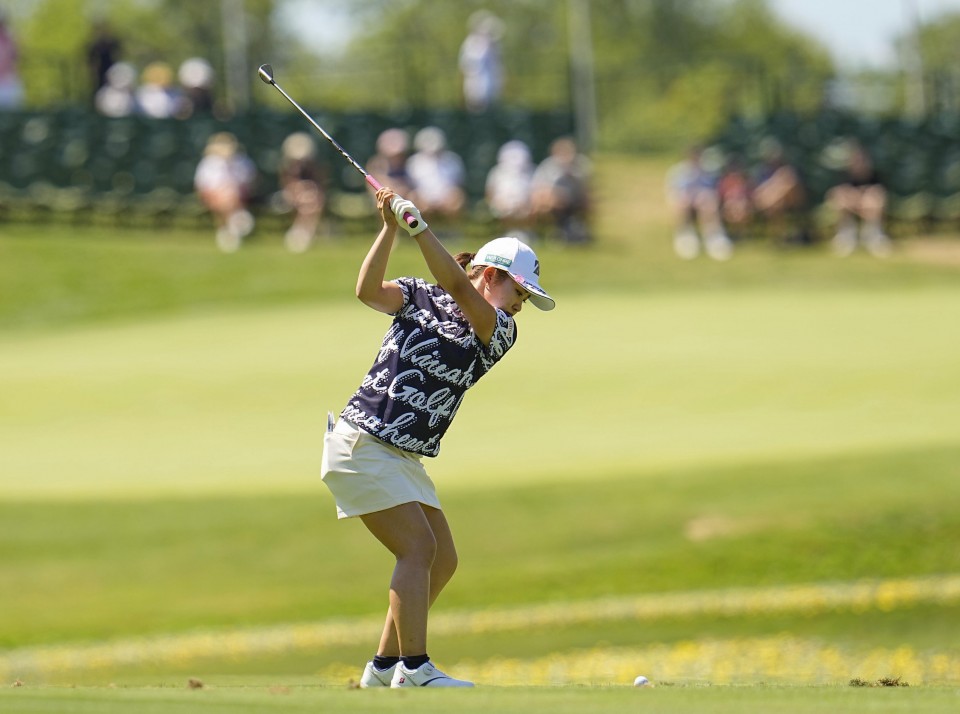 Ayaka Furue of Japan hits her third shot on the 18th hole during the first round of the Evian Championship at the Evian Resort Golf Club in Evian-les-Bains, France. (Kyodo)

The 22-year-old made nine birdies against a lone bogey at the Evian Resort Golf Club to finish one ahead of Canada's Brooke M. Henderson and American world No. 3 Nelly Korda at the top of a congested leaderboard.

"I sank putts when I needed to and that's what got me on to a good rhythm," Furue said.

"I'd like to believe this is my lucky course. I want to focus but also have fun," she said. 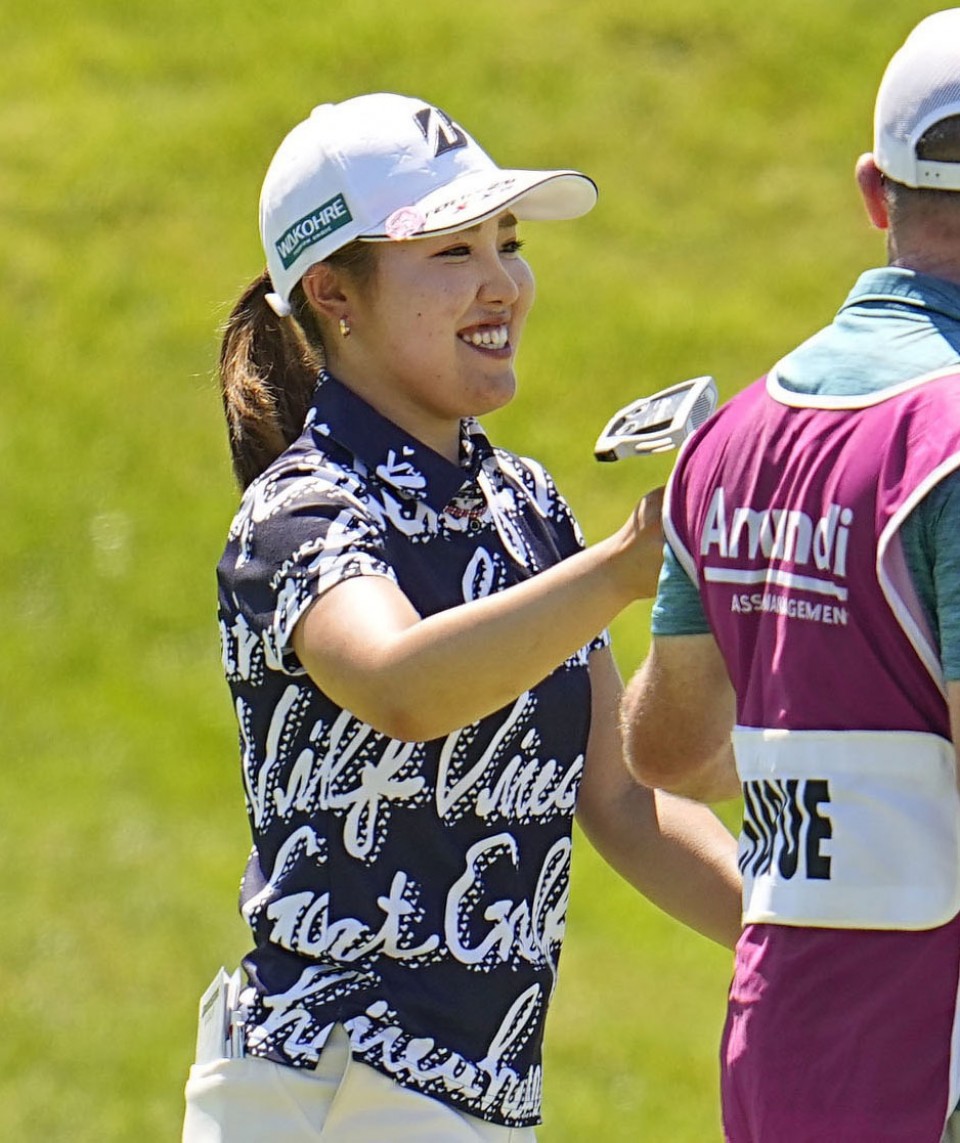 Ayaka Furue of Japan smiles after making a birdie on the 18th hole during the first round of the Evian Championship at the Evian Resort Golf Club in Evian-les-Bains, France. (Kyodo)

American newcomer Cheyenne Knight was alone in fourth place after a 65, with world No. 1 Ko Jin Young of South Korea and Japan's Yuna Nishimura in a group on 5-under.

The Evian Championship is the LPGA's fourth of five majors this season. Seven Japanese players, including six-time tour winner Nasa Hataoka who is 27th and 2019 Women's British Open winner Hinako Shibuno who is back in 111th, are competing.