The U.S. Federal Reserve on Wednesday raised the benchmark interest rate by 0.75 percentage point for the second straight meeting, as the central bank aggressively seeks to bring down inflation despite growing fears that a recession may be looming.

Fed Chairman Jerome Powell told a press conference after a two-day meeting of the policy-setting Federal Open Market Committee that the world's largest economy faces slowing growth, but denied it is now in a recession, typically defined as negative growth in two consecutive quarters.

"What a recession really is, it's a broad-based decline across many industries that sustain for more than a couple of months...and...what we have right now, it doesn't seem like that," he said, touching on the strong labor market. 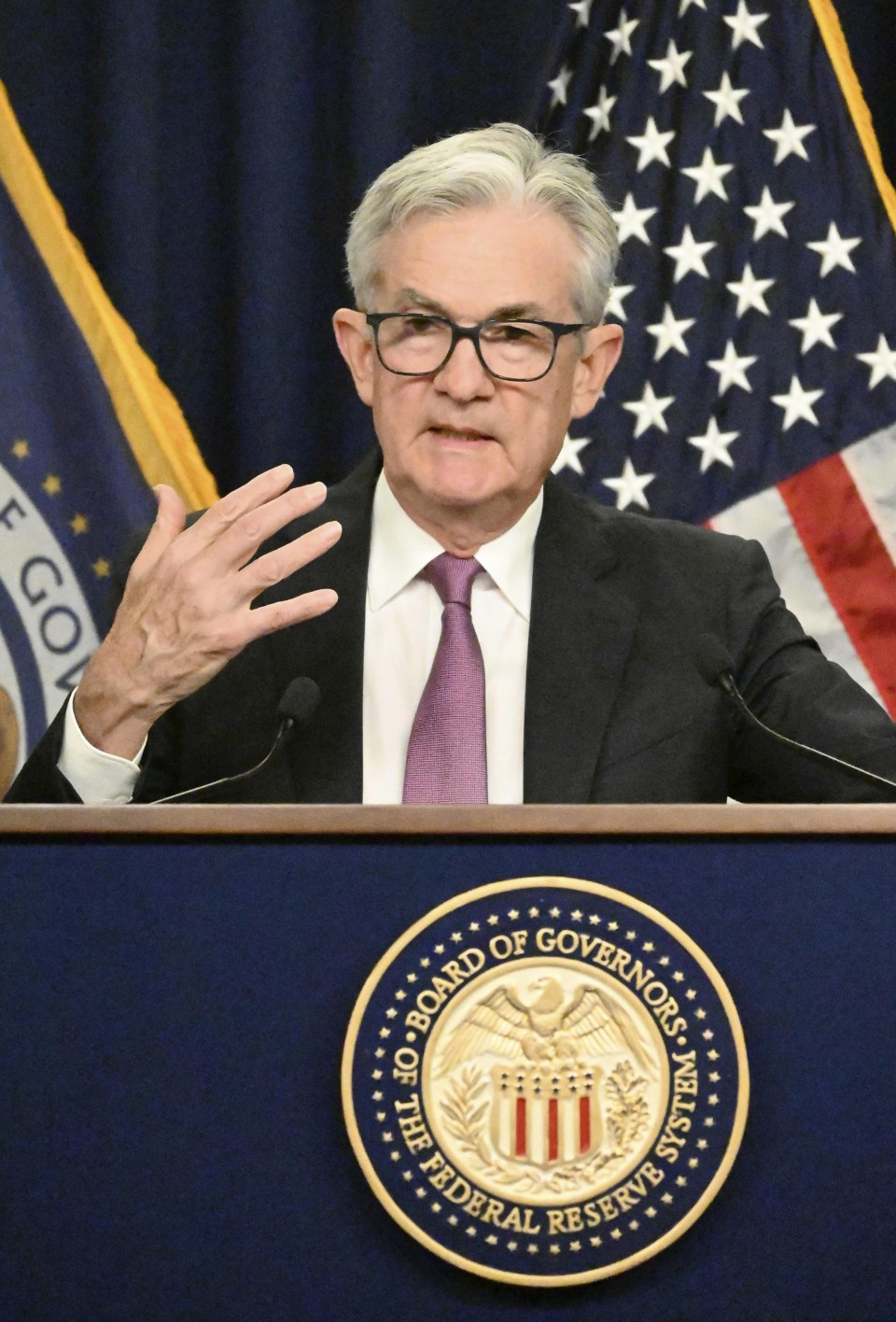 While deciding to lift the target range for the federal funds rate to 2.25 to 2.50 percent, the Fed said in a statement that it is resolved to bring down inflation to its 2 percent goal and that it "anticipates that ongoing increases in the target range will be appropriate."

The policy meeting took place on the eve of the release of the gross domestic product data for the April-June period. The U.S. economy shrank an annualized real 1.6 percent in the first quarter, its first contraction in nearly two years, raising fears about a potential recession.

Powell said the monetary tightening process is likely to "involve a period of below-trend economic growth and some softening in labor market conditions."

"But such outcomes are likely necessary to restore price stability and to set the stage for achieving maximum employment and stable prices over the longer-run," he added.

The Fed statement acknowledged that recent indicators of spending and production have softened, and inflation, which has been pushed higher on the back of Russia's war on Ukraine, remains elevated.

In all probability, the U.S. economy is still on track to continue to grow this year, but the slowdown in the second quarter is "notable" and the Fed will be watching it carefully, Powell said.

With President Joe Biden's popularity sagging amid high energy and food prices and midterm elections coming in November, the administration has been emphasizing that the current state of the economy would not be viewed as a recession even if it sees a second consecutive quarterly contraction, citing robust job gains.

Facing the highest inflation in about 40 years, the Fed in May lifted the rate by a half-point for the first time since 2000, after ending in March near-zero interest rates that had been maintained to support the economic recovery from the coronavirus pandemic.

In the June meeting, the Fed decided on its largest interest-rate hike since November 1994, moving ahead with a 0.75 point increase.

When raising the federal funds rate, the U.S. central bank usually moves the figure a quarter-percentage-point at a time.

Meanwhile, the prospects of divergence in monetary policy between the Fed and the Bank of Japan, which is sticking with an ultraeasy stance, is putting pressure on the yen against the U.S. dollar, raising concerns for the resource-poor Asian country that relies on energy imports.