Ukrainian President Volodymyr Zelenskyy called on students at a university in Tokyo to "protect peace" as he spoke Monday of his country's ongoing "fight for the peace of the future."

Appearing virtually at an event held at Toyo University's Hakusan campus, Zelenskyy told around 350 students, including Ukrainian exchange students, that "the only time to return peace to the world is now."

"It is up to us to decide whether the world will maintain the rule of law or have to deal with the threats of a dictator with nuclear weapons," he said through an interpreter, adding that Russia has "made peace a memory" with its continued aggression since its unilateral annexation of Crimea in 2014. 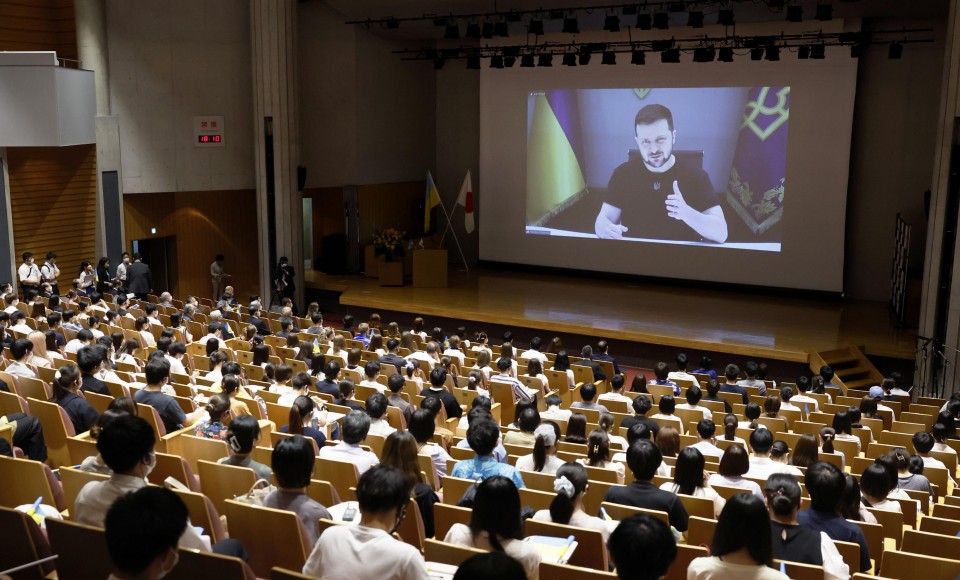 Zelenskyy's roughly seven-minute speech was followed by a question-and-answer session, during which a Ukrainian student asked what she could do to help her home country.

"Having students abroad is important as they are defending Ukraine's educational space while they are in Japan," Zelenskyy responded. "I hope you will use your experiences in Japan for the good of our country after the war is over."

When asked by a Japanese student about the source of his power, Zelenskyy said that when it comes to making his dream of ending war in Ukraine come true, he has "all the power I need to work hard."

"I sincerely hope that in the future you will use only the weapon of communication," he added.

The online lecture was held after Zelenskyy expressed a desire to send a message to students in his own words, according to the university.