Prime Minster Fumio Kishida said Monday he will push forward efforts toward swiftly proposing the controversial revision of Japan's U.S.-drafted pacifist Constitution, a day after his party won a sweeping victory in the upper house election.

Kishida, also the head of the ruling Liberal Democratic Party, reiterated he is seeking to deepen debate on necessary steps to protect people's lives and "drastically bolster" Japan's defense within five years amid a severe security environment when compiling Japan's new security strategy by the end of the year. 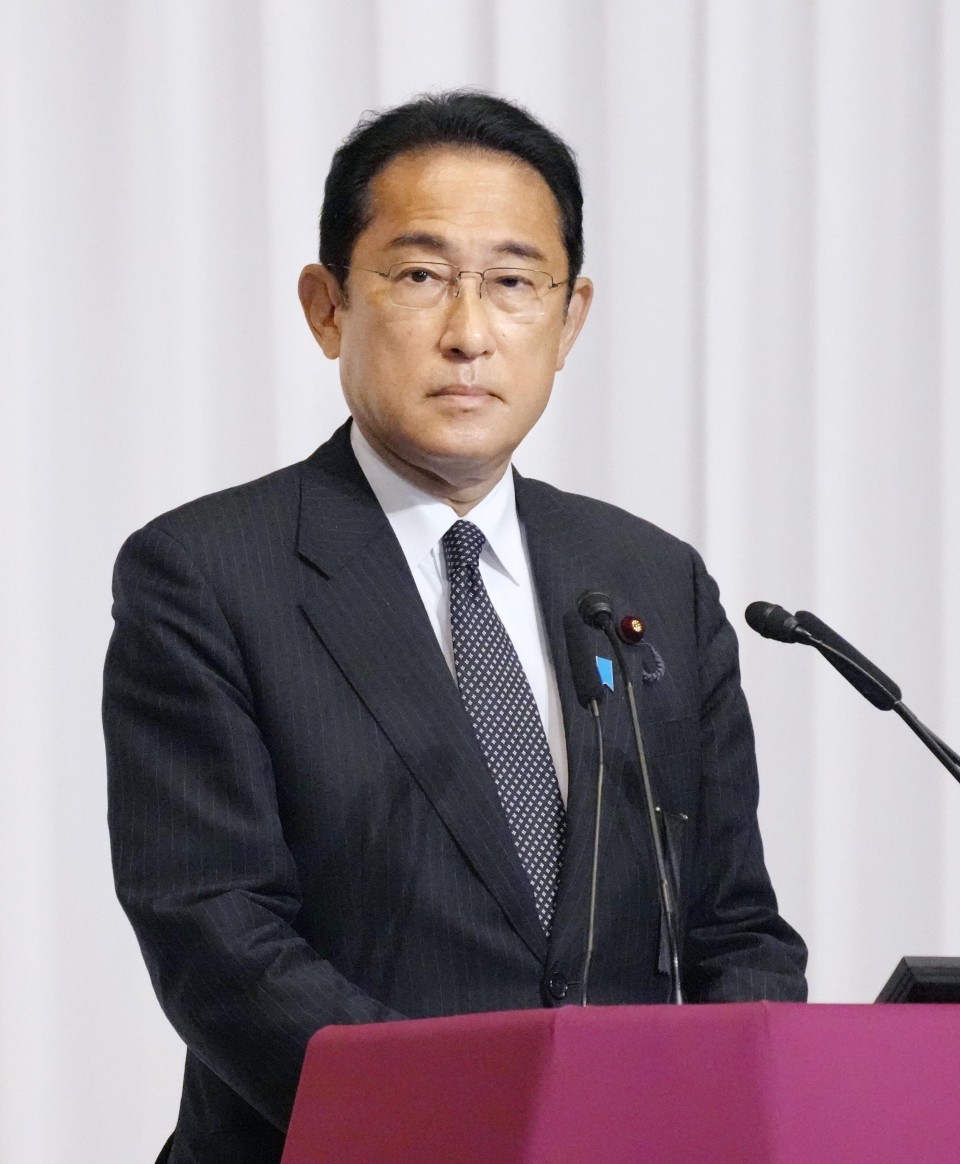 Japan's public is still divided on the amendment of the war-renouncing Constitution, a longtime goal of former Prime Minister Shinzo Abe who was shot to death Friday during campaigning for the House of Councillors election. Kishida vowed to build on the legacy of the hawkish former premier, who was known for actively engaging in summit diplomacy.

"I would like to push forward efforts that would lead to the proposal (of a revision) as soon as possible," Kishida said in a press conference on the LDP's election performance.

Facilitating parliamentary debate will help serve as an occasion for the people to deepen their understanding of the matter, he added.

The LDP has long called for revising the 1947 Constitution, including making explicit reference to the Self-Defense Forces to end debate on their constitutionality.

Through the election, the LDP, together with other pro-constitutional amendment forces, retained the two-thirds majority in the upper house needed to propose an amendment to the supreme law

Kishida also pledged to resolve the issue of abductions of Japanese nationals by North Korea in the 1970s and 1980s, a goal also pursued by Abe, while working with the international community.

The prime minister showed understanding of the public's discontent with the government's response to surging prices and suggested he would take more actions if necessary.

"If prices continue to rise in Japan on the back of global price increases, the government must step up measures and also prepare new measures," Kishida said.

As price rises have heightened the need to raise wages to mitigate their impact, the premier said economic growth is vital to encourage companies to take such a step.

The LDP's strong showing in the election appears to have promised Kishida a stable government for the next three years free of national elections unless he dissolves the House of Representatives -- something he said he has no specific plans to do. But he said he has no room to feel at ease over what has been dubbed his "golden three years."