A large number of plastic shells that can be used in a shotgun-style weapon have been found at the home of the man accused of shooting and killing former Japanese Prime Minister Shinzo Abe, investigative sources said Tuesday.

Tetsuya Yamagami has told investigators he initially planned to produce bombs but decided to make guns instead as he wanted to zero in on his target and did not want to cause indiscriminate injuries, according to the sources. 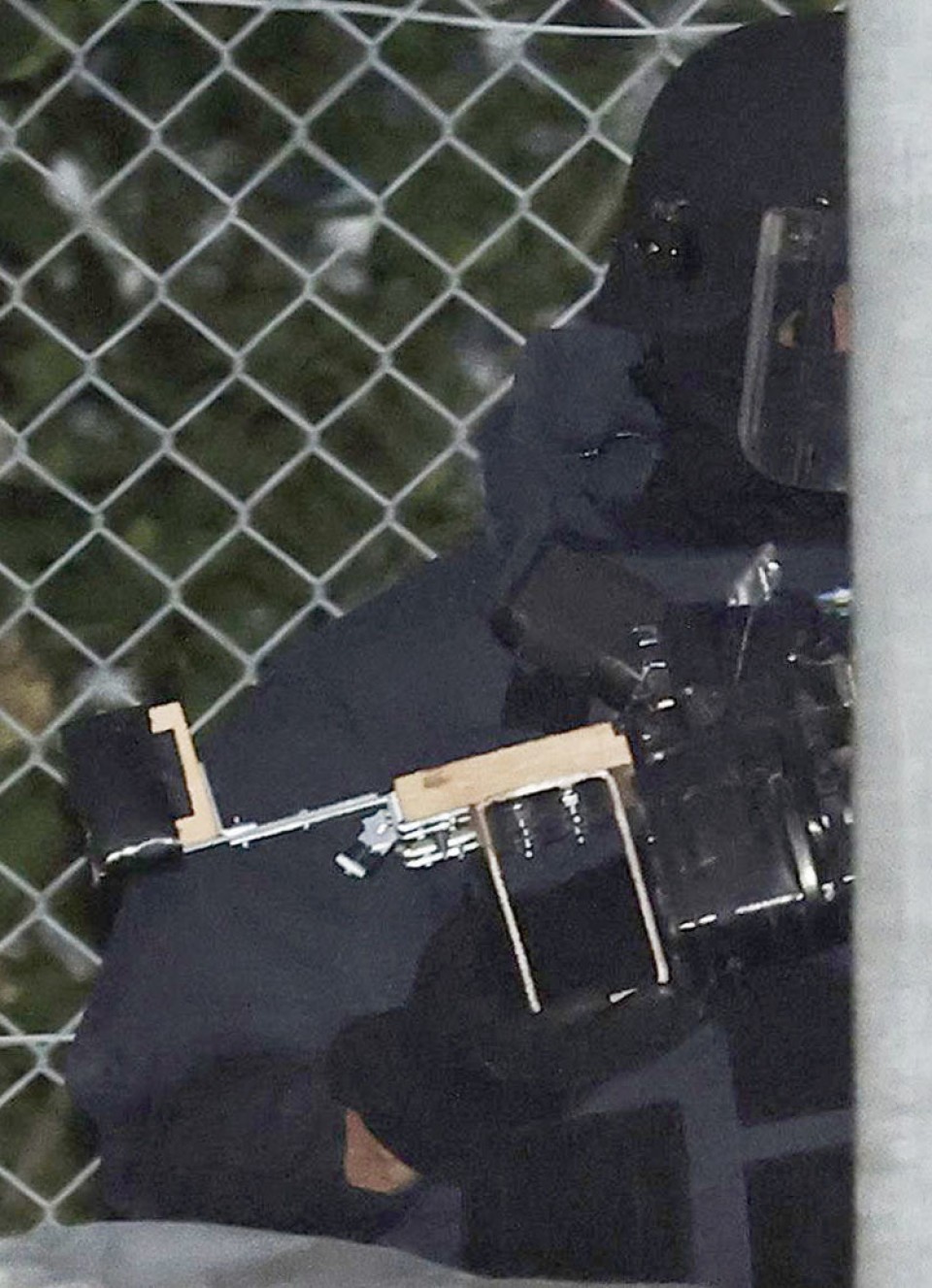 File photo taken on July 8, 2022, in Nara shows an object resembling a handmade gun confiscated by the police from the home of Tetsuya Yamagami, the man accused of assassinating former Japanese Prime Minister Shinzo Abe. (Kyodo)

Yamagami said he watched YouTube tutorials to learn how to make guns, and it was confirmed the weapon the 41-year-old used to shoot Abe while he campaigned Friday on a street in Nara used small plastic shells containing pellets.

The homemade murder weapon, akin to a shotgun, was composed of two metal pipes held together with duct tape and was designed to fire six projectiles at a time. The gun, collected at the scene after security officers dived on Yamagami, is about 40 centimeters in length and 20 cm in height.

Components used to divide gunpowder and pellets within the plastic shells were also found at Yamagami's home in the western Japan city, with police additionally discovering delivery slips believed to be from his online purchases of the items, according to the sources.

There is evidence that Yamagami researched how to make gunpowder online, with a tray believed to have been used to dry the mixture found in his car, the sources said.

Police believe it is highly likely Yamagami also made his own gunpowder as the sale of the chemical explosive is strictly regulated in Japan.

Earlier, the sources said Yamagami, on the eve of the shooting, visited a hall in the city of Okayama where Abe delivered a stump speech. On Tuesday, they quoted him as saying he took a different homemade gun to the city which is about 200 kilometers west of Nara.

The investigators believe the gun he took to Okayama was most likely not a shotgun-type weapon. The former member of the Maritime Self-Defense Force said he could not get close to Abe when he was in the city hall, the sources said.

The police believe he opted for a more lethal gun on the day he approached Abe from behind and shot him twice from a range of 5 to 7 meters.

Yamagami has said Abe's politics did not motivate the attack, telling the police he chose to make an attempt on Japan's longest-serving prime minister's life after initially planning to target an executive of a religious group that he harbored a grudge against.

Yamagami has said his mother made a "huge donation" to the group to which he believes Abe was associated.

Tomihiro Tanaka, president of the Japan branch of the Family Federation for World Peace and Unification, widely known as the Unification Church, confirmed at a press conference Monday that Yamagami's mother became a follower around 1998 and that the family suffered financial ruin sometime around 2002.

Tanaka said the group has no records of whether it requested donations from her, while confirming Abe and Yamagami are not members of the church, founded in South Korea in 1954 by Sun Myung Moon.

It is known that Abe sent a video message to an event hosted by an organization linked with the religious group last September.

Yamagami told the police he believed Abe's grandfather, former Prime Minister Nobusuke Kishi, invited the church to start operating in Japan so he decided to go ahead with the shooting, the sources also said.

Police said Tuesday they found several pieces of metal, including a bullet-shaped object, in the walls of a building housing a facility connected to the group, corroborating Yamagami's statement that he had test-fired a homemade gun there a day before the fatal shooting. 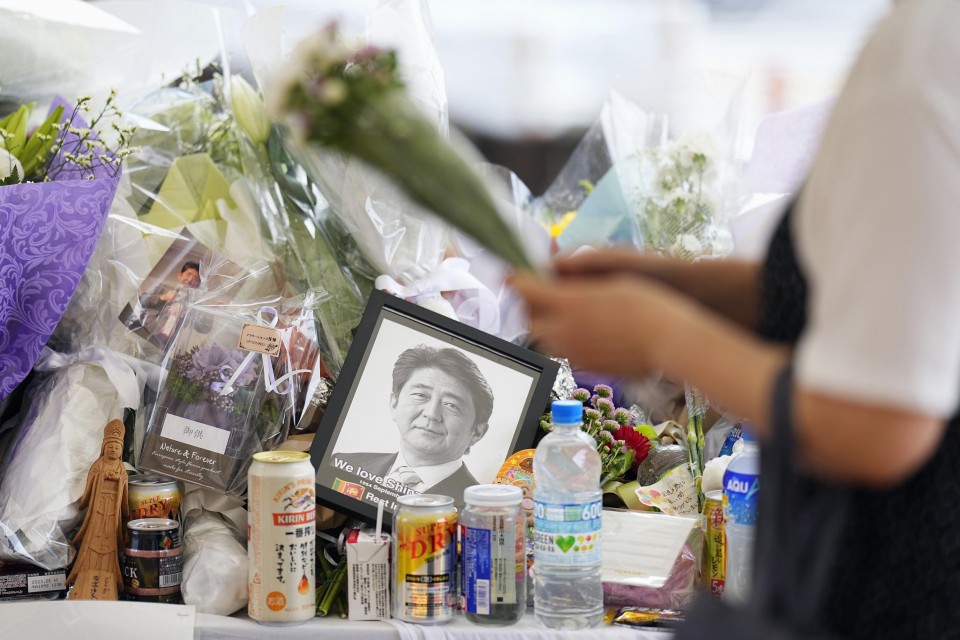