Biden returns to work in person after recovering from COVID

U.S. President Joe Biden said Wednesday he is returning to work in person after recovering from COVID-19, less than a week after the 79-year-old was found to have been infected with the virus.

"My symptoms were mild, my recovery was quick and I'm feeling great," Biden said, after being confirmed negative by antigen testing Tuesday evening and Wednesday morning. 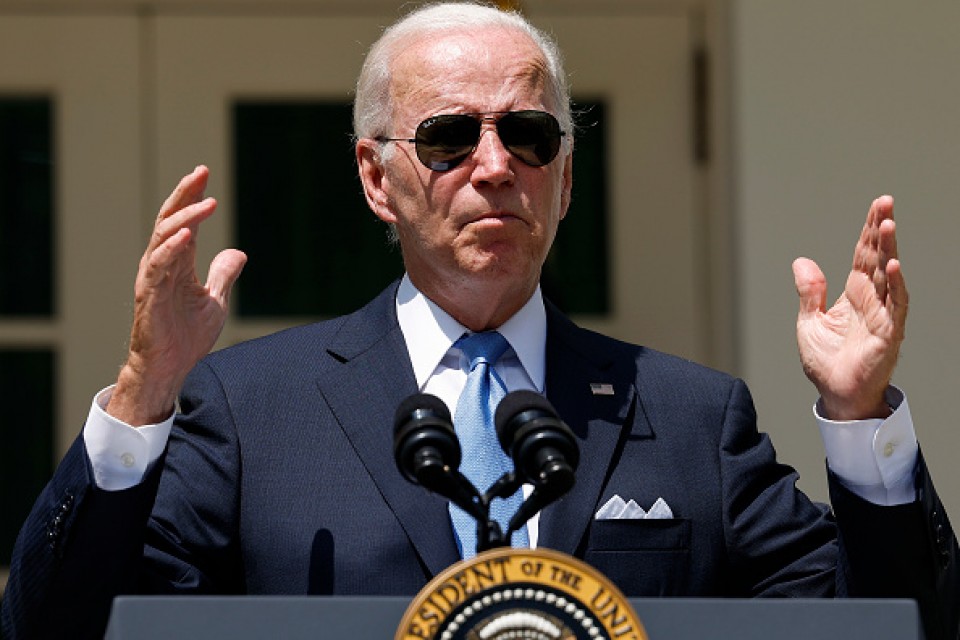 Biden was the second sitting U.S. president to be infected with the virus following his predecessor Donald Trump, who was hospitalized for three nights. When Trump, then 74, contracted the virus in 2020, there were no COVID-19 vaccines authorized for use.

Biden said, "The entire time I was in isolation, I was able to work, to carry out the duties of the office without any interruption."

The severity of the illness was lessened due to vaccination, booster shots for additional protection, and an antiviral pill, all of which are available to the public, Biden said.

After working in isolation at the White House, Biden declared that he is now returning to work in person.

"Now, I get to go back to the Oval Office," the president said as he ended his remarks to White House staff and others, referring to the name of his formal working place.

According to a statement made available from Biden's physician Kevin O'Connor earlier in the day, Biden's symptoms have been "steadily improving, and are almost completely resolved."

Having ended his five-day course of the COVID-19 pill Paxlovid, Biden remained fever-free and had not taken Tylenol, a fever reducer and pain reliever, in the past 36 hours, the statement said.

Citing the potential for so-called rebound COVID-19 positivity seen in some patients treated with Paxlovid, O'Connor said the president will increase his testing frequency to assure early detection of any return of viral replication.

Biden tested positive last Thursday and his symptoms had included a cough and a sore throat. He was found to have been most likely infected with the highly transmissible BA.5 subvariant of Omicron, which has been spreading in the United States.