A diving shop in the southern Japan prefecture of Okinawa apologized after a photograph online that showed its customers posing on the shipwreck of a U.S. warship from World War II sparked a protest from a member of an organization comprised of family members and friends of former crew, it became known Saturday.

The customers who dived off the coast of Okinawa had been seen posing on the remains of the Emmons, a destroyer sunk in a Japanese kamikaze attack during the war. The move was seen as discourteous and incited disapproval from the member of the group residing in Okinawa. 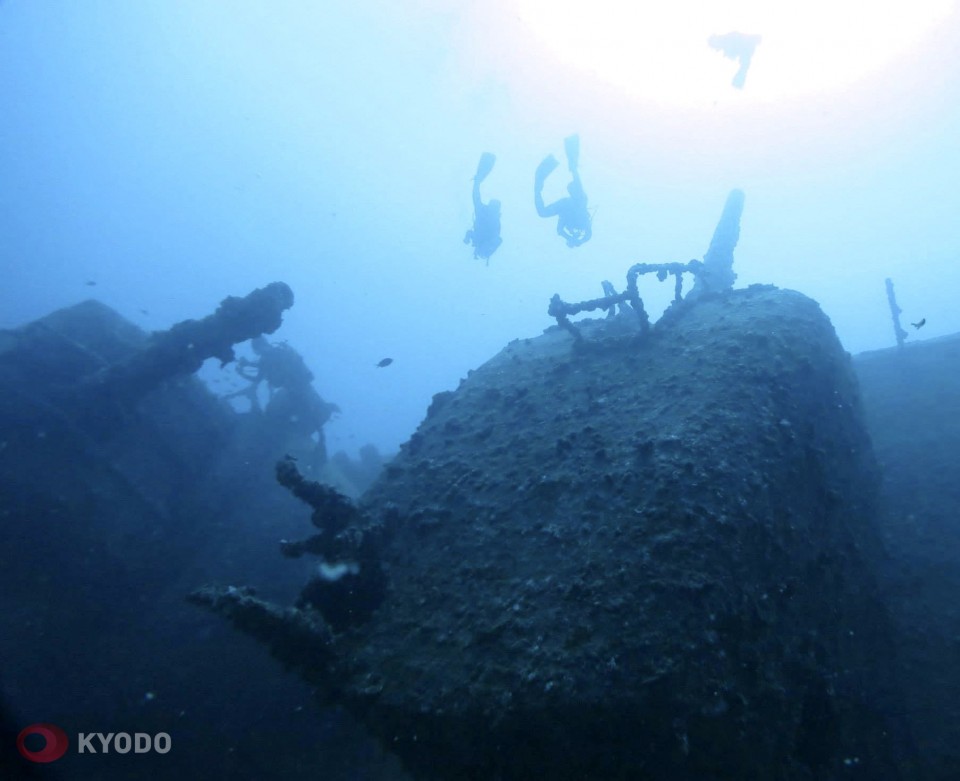 Divers swim by the Emmons shipwreck in Okinawa Prefecture in September 2013. (Kyodo)

The image has since been deleted, while the shop promised to prevent similar incidents.

The picture showed three people, including young women, sitting side by side on the ship's cannon, striking poses such as spreading their arms, and was uploaded to the shop's social media website in late June.

The male member of the USS Emmons Association, which commemorates the warship and honors the memory of 60 shipmates who perished in the sinking, objected to the photograph, noting in a statement on June 27 that the act was disrespectful.

The shop should instruct its customers on the importance of commemorating those who lost their lives for their country, he added.

"We shared (the photo) in the hopes that it would show the appeal of the diving spot," a representative of the diving shop said. "We did not expect any protests."

Besides apologizing, the shop has since instructed divers to avoid causing any damage to the vessel.