Lavrov and Wang held talks on the sidelines of a Group of 20 foreign ministerial meeting in Indonesia, as the United States and some of its allies have imposed economic sanctions on Russia in the wake of its invasion of Ukraine in February. 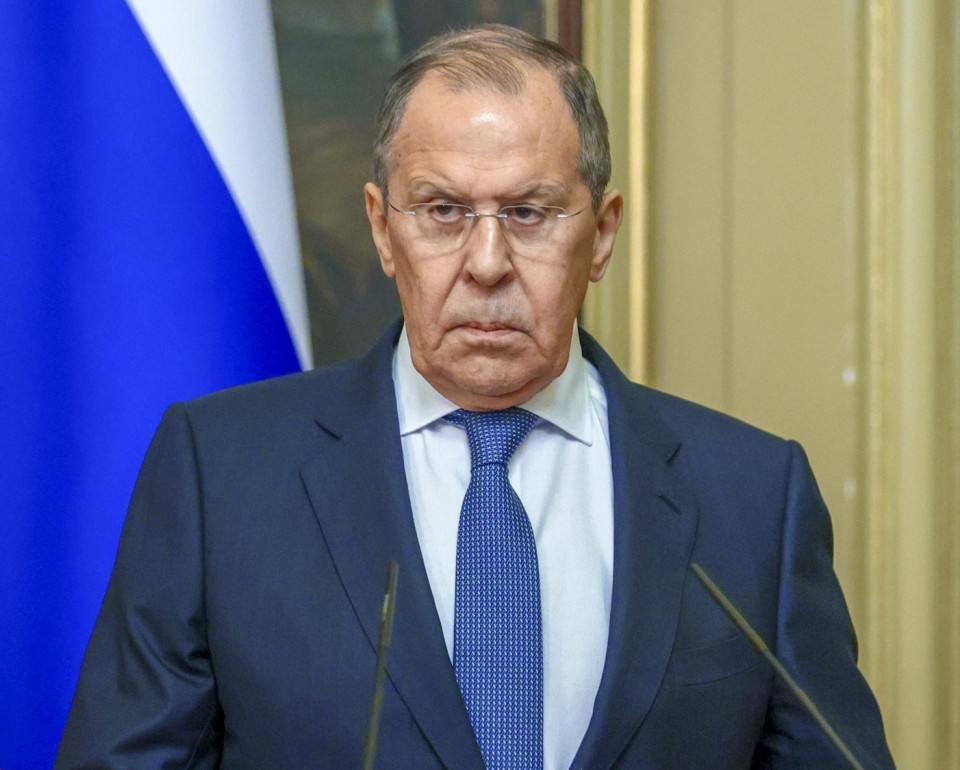 The Russian news agency quoted Lavrov as telling Wang, "Our stance is gaining increasing support and appreciation among participants in international relations" despite the "openly aggressive policy" by Western nations.

Lavrov and Wang are scheduled to participate in the two-day gathering through Friday on Indonesia's resort island of Bali along with U.S. Secretary of State Antony Blinken and other foreign ministers.

A U.S. government official said Blinken is slated to hold bilateral talks with Wang on Saturday -- their first face-to-face meeting since Russia invaded Ukraine on Feb. 24.

With the war in Ukraine intensifying, China has shied away from condemning Russia's onslaught, while opposing economic sanctions levied mostly by democratic nations including the United States and Japan.

The Communist-led Chinese government may be reluctant to work together with Western countries in punishing Russia with sanctions as it could benefit from being the only major economy to continue to trade with Russia, foreign affairs experts said.

China and the Soviet Union, Russia's predecessor state, were competitors during the Cold War. They were at odds over interpretations and practical applications of Marxism-Leninism, the ideology of 20th-century communism.

But the two nations have been reinforcing cooperation in recent years as their relations with the United States have deteriorated. They have challenged the post-Cold War international order.

Since Russia attacked Ukraine, Chinese President Xi Jinping has expressed eagerness to continue supporting Moscow so that the neighboring country can safeguard its core interests, such as sovereignty and security.