The trading houses, Mitsui & Co. and Mitsubishi Corp., could be forced to withdraw from the project in the Russian Far East following the decision made Thursday, as foreign investors must apply within a month to retain their existing shares in the new entity, according to the decree. 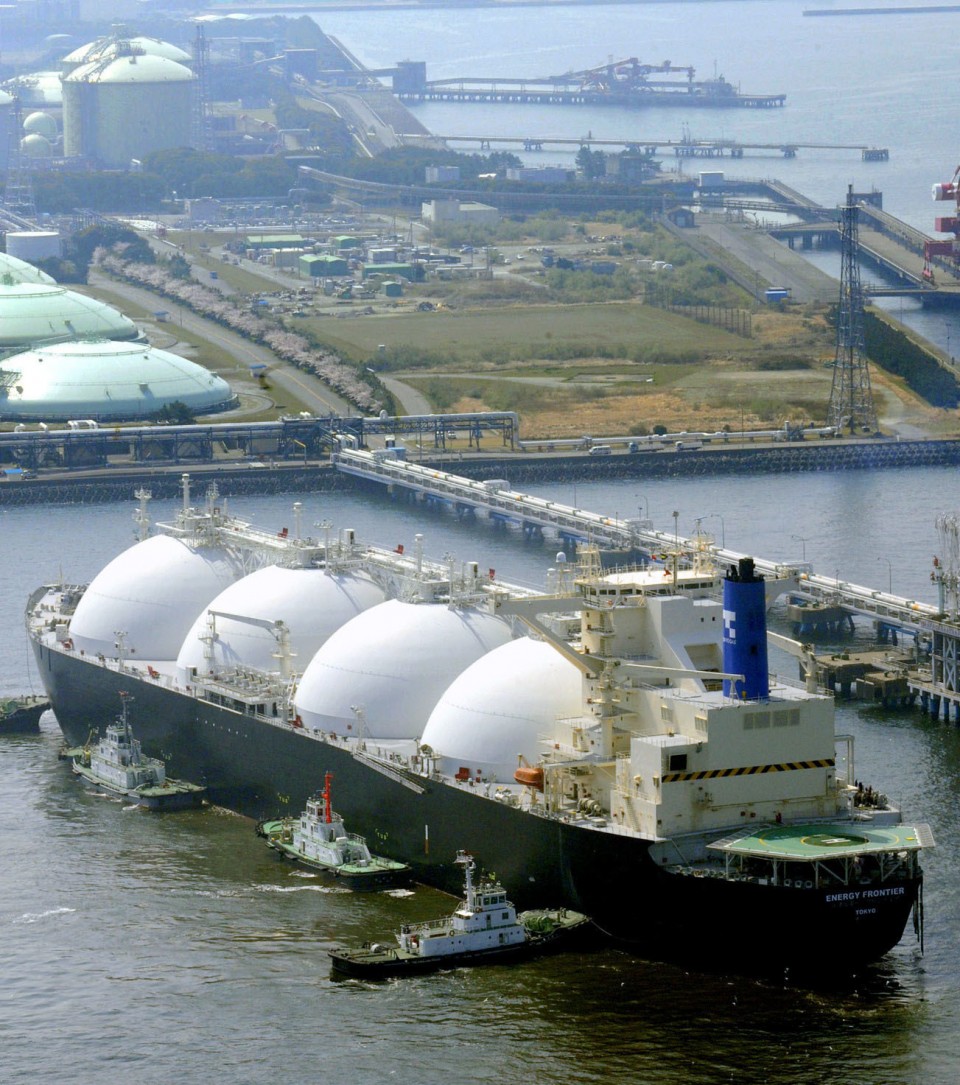 Japan, which is already reeling from the effects of higher energy prices following Russia's invasion of Ukraine in February, might be forced to source LNG from the market at higher prices. Around 9 percent of Japan's LNG imports come from Russia, almost all of them supplied by Sakhalin 2.

Failure to agree to the new terms, which have yet to be elaborated on, would lead to investors' shares being sold. The new firm will be affiliated with Russian energy company Gazprom and effectively under Russian government control, with all staff and businesses transferred from the current operator Sakhalin Energy Investment Co.

Mitsui and Mitsubishi hold 12.5 percent and 10 percent stakes, respectively, and said they are confirming the facts in response to the news.

Japanese Deputy Chief Cabinet Secretary Seiji Kihara told reporters Friday, "Our interests in our country's resources must not be undermined," adding that the government is examining the impact of the latest development.

The Japanese government has stressed the need to retain interests in oil and gas projects off Sakhalin as they are vital to securing stable energy supplies.

The Group of Seven nations have agreed to ban or phase out imports of coal, oil and other products from Russia as part of sanctions against the major energy producer in response to the invasion. But natural gas is not on the list.

Economy, Trade and Industry Minister Koichi Hagiuda reiterated Friday that Japan will secure necessary energy supplies by all possible means while continuing efforts to reduce its dependence on Russian energy.

News of the potential loss comes as Japan tries to prevent power shortages amid a blistering heatwave.

Hiroshima Gas Co., which procures about 50 percent of its LNG from Sakhalin 2, said of the news, "We are still gathering information and cannot comment at the present time. We are looking at measures, including increasing our procurement from other contractors, in the event that supplies are affected."

Sakhalin 2 can produce about 10 million tons of LNG a year.