Japan's daily COVID-19 cases exceeded 180,000 on Thursday, setting a record for the second straight day, according to a Kyodo News tally, as all-time-high numbers were reported in 35 of the country's 47 prefectures amid the nation's seventh wave of infections.

Record case numbers were reported in Tokyo and other prefectures including Osaka and Fukuoka as the BA.5 Omicron subvariant rampaged through the country. 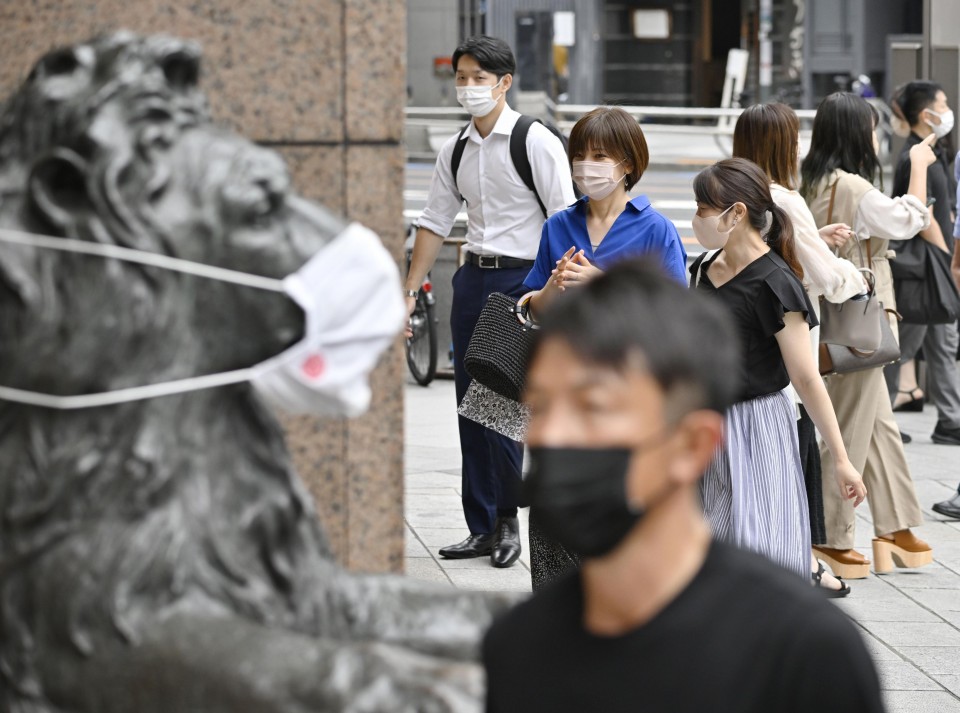 Tokyo logged a record 31,878 coronavirus cases, topping 30,000 for the first time, the metropolitan government said. The previous record of 21,562 was marked on Feb. 2.

Tokyo Gov. Yuriko Koike said the capital is "making full efforts to ramp up its medical system" and called on residents to get booster shots and take other preventive measures. The metropolitan government has been reporting a daily tally of over 10,000 since July 12.

A record 22,047 cases were confirmed in Osaka Prefecture, western Japan, topping the record of 21,976 logged a day earlier. The southwestern prefecture of Fukuoka reported 10,752 cases, exceeding 10,000 for the first time.

Speaking at a press conference, Chief Cabinet Secretary Hirokazu Matsuno said there is a "need to watch the impact on the medical system with maximum caution," while ruling out the possibility of imposing movement restrictions.

Health minister Shigeyuki Goto said the surge in cases "could increase the number of patients with severe symptoms and affect the health care system as it may cause group infections in facilities with high-risk people, such as hospitals and nursing homes."

The latest nationwide tally came as Japan reported 152,536 cases on Wednesday after a record number was confirmed in 30 of the 47 prefectures.

Despite the surge in COVID-19 cases, the government has reiterated it has no plan to impose movement restrictions.

In a meeting Thursday of the health ministry's COVID-19 advisory panel, some participants called on the government to consider such restrictions as placing prefectures seeing a rapid spread of infection under a state of emergency, the panel's head Takaji Wakita said in a press conference.

The panel reported that teens and children have been most vulnerable in the current seventh wave of infections, but a recent increase in infection among those in their 60s or older raises a concern of more patients developing severe symptoms.

As Japan enters the summer vacation season, fears are growing in the tourism and restaurant industries that a new wave of infections may further harm businesses already scarred by previous waves. 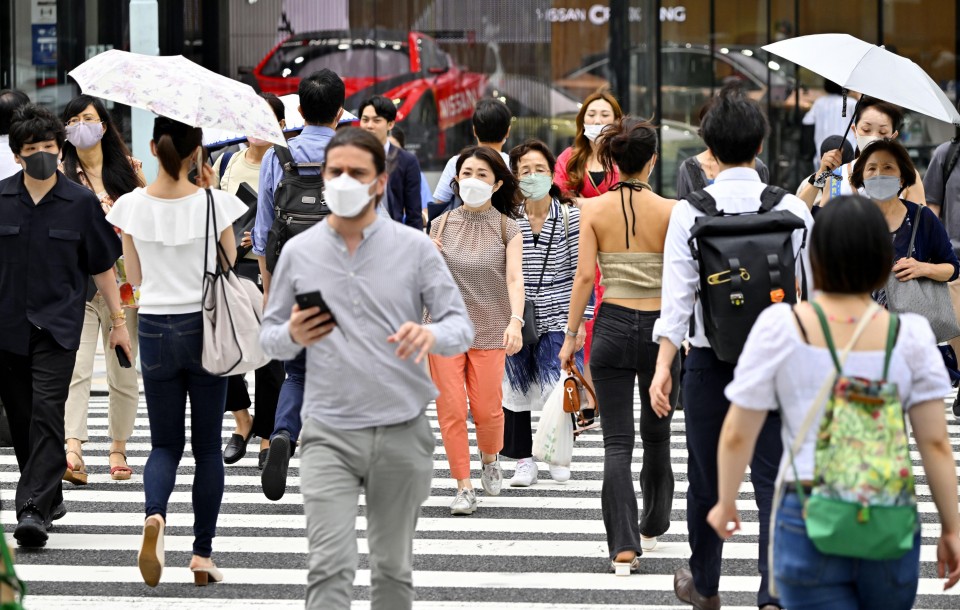 People wearing face masks walk in Tokyo's Ginza district on July 21, 2022, as the metropolitan government reports a record number of daily COVID-19 cases of over 30,000 the same day. (Kyodo) ==Kyodo